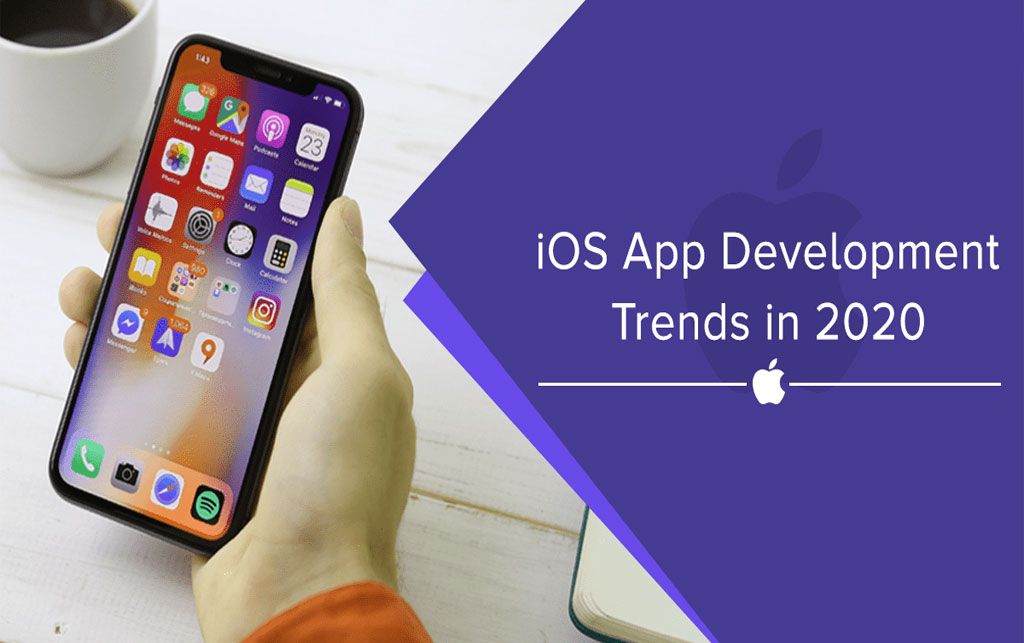 8 New Trends In iOS App Development That Every iOS Developer Should Know!

Technology, unequivocally, is a boon for humans. In this era of digitalization, there are various technological innovations that have made significant modifications in the iOS mobile app development trends that every ios developer should know. Research shows that there are approximately 4 million applications for serving different purposes for the users.

The security feature is critical to maintaining the privacy of the user. The security algorithms of Apple are excellent and make it difficult for the people to breach its policies. Various security layers feign a challenge for hackers to hack the software. But, with the umpteen chances of hacking, a single mistake can create huge havoc. Technology, which is a boon to mankind, also poses challenges for them. The hackers make use of this era of digitalization for negative purposes. Thus, iOS developers should integrate security protocols with their apps in the initial phase.

The app developers should look into the various loopholes to prevent hackers from stealing the confidential data of the organizations. Moreover, the developers should ensure to maintain the security of the users’ data and maximize the user experience at the same time. Developers can also add the AppTransportSecurity (ATS) to magnify security.

Being the official language of Apple, the Swift language is used in the applications. This is one of the most important trends to be remembered by mobile app developers. The advantage of the swift language is due to its security, flexibility, and efficacious nature that helps the developers to transform their ideas into reality. Nowadays, various devices like iOS, macOS, TVOS, and wearable OS have Swift language integrated into them to improve their functioning and performance.

Swift 5 has an Application Binary Interface (ABI) and binary compatibility. Apart from ABI, Swift 5 has many other features like checking for integer multiples, drawstrings or result type, etc. By integrating the swift language with mobile apps, the developers can facilitate optimum business impact. Additionally, Swift is a source compatible with Swift 4, Swift 4.1, Swift 4.2, and Xcode 10.2. Another advantage of Swift is that it is compatible with Linux and has a code migration that manages the source changes automatically.

The connectivity feature of the Internet of Things makes it a splurge in the market. It also helps the ios developers to integrate various special attributes in the apps to augment the user experience due to the connectivity feature. You can connect your iOS apps with other devices like connecting the watches with your Apple devices.

The play store has umpteen apps serving the same purpose. So, due to intense competition, it becomes necessary for the developers to be up to date with the latest disruptions in technological innovations. Companies always prefer to hire iOS mobile app developers who have the required skills, expertise, and are updated about the latest trends in mobile app development.

Cloud technology is one of the most credible data storage systems because it allows companies to store huge amounts of data securely. Hence, integrating cloud technology with iOS apps provide umpteen development opportunities. You can use the cloud-based systems directly from the cloud and hence, they are quick, smooth, and more efficient to use.

Cloud integration helps both the users and the iOS app developers by increasing productivity, user satisfaction, and communication. With this period, this trend will become one of the most flourishing trends in the market. Apart from this, the cloud system helps to manage huge complicated data without putting pressure on the phones.

AR and VR are the high tech domains that have already entered the world of gaming and videos. To proffer a reality experience integrated with innovation and technology, many companies have started using VR and AR with iOS mobile app development. AR and VR will help in economies of scale and proffer a virtual world to the users.

You can integrate machine learning with the iOS mobile apps by using the framework of Core Machine Learning (CoreML). This software helps to use advanced programming with the apps and you may even see it becoming the default option for custom iOS apps.

Apple has launched Core Machine Learning, which helps to develop various smart apps for Apple devices. Examples of machine learning are Siri, which aids you with the functions of your phone, the camera which you use for clicking pictures, or the QuickType feature.

Apple Pay will prove to be a secure and user-friendly wallet for users in the future. So, the mobile app developers should integrate the Apple pay feature with their apps. Apple is constantly trying to ameliorate this attribute and improve its security and reliability. The security of Apple Pay is visible from the fact that it does not store the card details of the users.

The iOS mobile app development can help any brand to reach great Heights. This is because research shows that mobile apps can fetch a revenue of 581.9 billion dollars by 2020. So, there is a bright future for iOS mobile apps which makes it crucial for iOS developers to have cognizance of the latest trends.