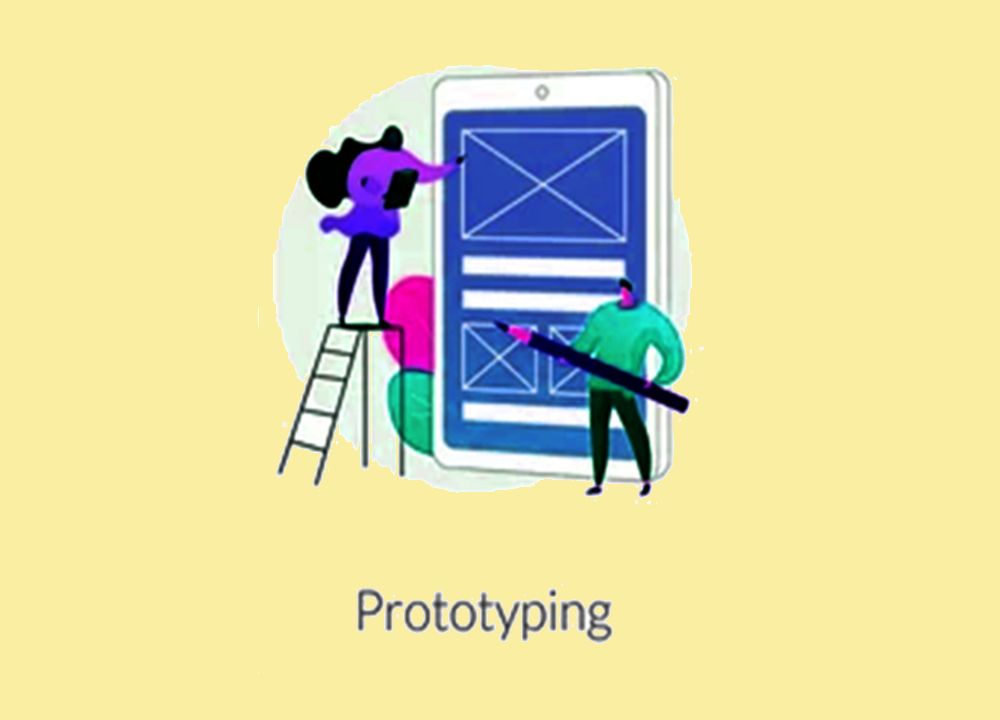 Exploring the comprehensibility of an established structure, processes, and possibly the wording should be part of the development process. We can do this easily with the help of prototype testing. The great advantage of creating a prototype testing is that we can modify much more easily in any detail or in a program than the surfaces that have already been developed, so it can be quickly modified and refined even between two tests. It is always worthwhile to design the prototype so that you can focus on examining the hypothesis formulated in your head, preferably only a small number at a time.

There are two types: prototypes testing model for software and drafting for design. Only design draughts are used in usability testing. First, there is a paper prototype: to have a very first idea for talking to your colleagues, you roughly draw your idea on paper. On a desktop, you then build a wireframe. There can never be an exhaustive list of prototype testing methods because there are very literally infinite ways in which prototypes can be constructed. Besides, you can assist the development team in preparing and finalizing the specification.

What existing prototypes are worth testing?

Following are the existing prototypes:

In many cases, putting your plans on paper and showing them to some members of your target group can be a good help. Most people are a visual type, making it much easier to understand than telling how you imagine it.

In this case, in addition to the structure, the design and wording are also approaching the final one, and the visitor has the feeling that he is sitting in front of the real website. Creating a working prototype is a big milestone in the process of creating a product/service. This is the first time that the idea, the process, is “pushable” and you can put yourself into real use in a graphical interface.

This joy is only enhanced by the fact that not only the idea owners can do it, but also the prospective users. It’s a matter of great excitement when the first users get their hands on the product or use the service. However, this is necessarily accompanied by some concerns – what if they are not understood, not logical, difficult to use? However, it is still better if it turns out at this stage than if the same is already done with the finished product/service. While not everyone knows this, not everyone does, although there is much to learn from it. Thus, prototype testing aims to examine the first product / service-like formation, its critical approach, before it is too late.

Prototype testing with an interview

The biggest difficulty with prototype testing is that the user will not experience the operation they expected when they finally start using the first version, which is already working at some level. That’s why it’s important to sit next to someone and help them use it. So the best way to test the prototype is to conduct a personal interview where the interviewer can give this necessary help to the user. This person also has an important role to play in managing the user’s expectations and any prototype disappointments. That is, simply reassure, reassure that everything that doesn’t or doesn’t work best is because of the prototype nature. Also, be careful to choose the other participant in the interview, the interviewee, with great care. Since you will not have the opportunity for a large number of items of research at this stage, choose the few interviewees you have finally tested to represent the vision of your target group as much as possible. Otherwise, the usefulness of the interview will be limited.

Using interviews as a tool is easy to learn, but it still requires some awareness. When conducting an interview, we should take care not to influence the user with your ideas and explanations. This can even make the interview completely worthless. If the prototype character requires it, you could of course help, but don’t explain and don’t explain.

You must prepare for the interview

The good thing about the prototype is that we can validate the results very quickly. So if possible, transfer the results quickly to the plans as well and interview in several rounds. It is important that even if the results may be negative or first user reactions. But do not be disappointed, but rejoice that you were able to filter out errors and illogicalities already in this initial phase and continue working with them in mind. Feel free to address all doubts about the prototype testing l in the comments section below.