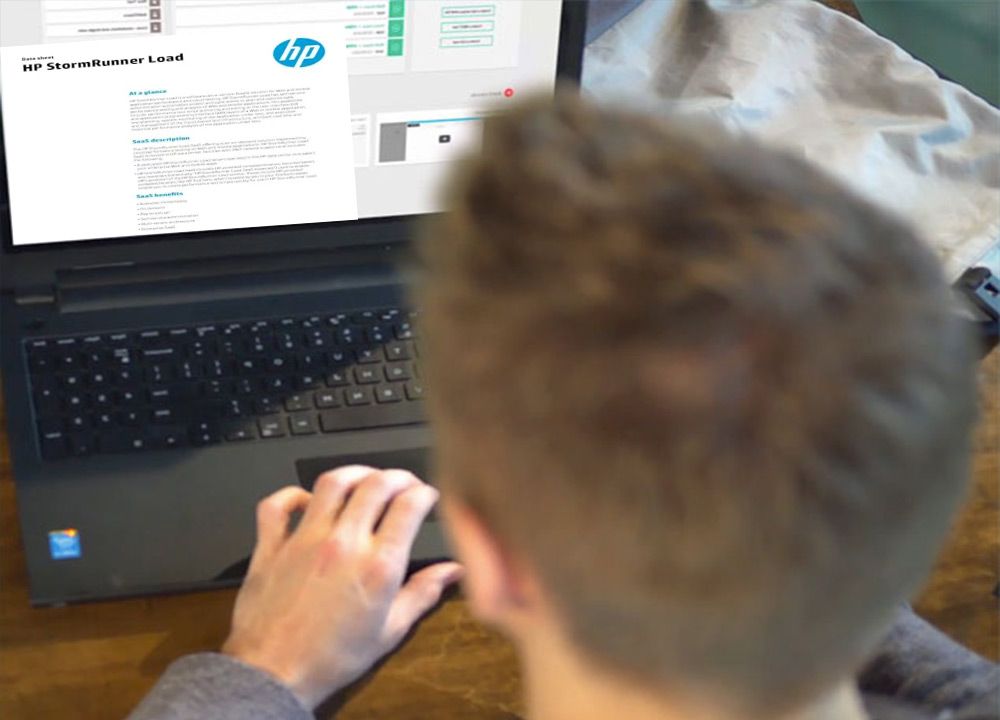 HP Stormrunner is a cloud-based performance testing tool for software. This tool is hosted by Hewlett Packard Enterprise data centre facilities. Its services can be accessed immediately by availing a SaaS Licence of it. The subscription of Stormrunner can be purchased easily with the help of a credit card and can be scaled later on-demand.

After this, all you need to use this tool is a browser. It is very less time consuming for performance engineers to create and run load tests on software either it is built using the agile methodology or the traditional way. HP storm runner comes up with a set of tools and technologies to make load testing more effective and efficient. These tools include VuGen script, scripting technologies like HP’s TruClient, TruAPI, open-source technologies like JMeter and Gatling. VuGen is an HP tool for creating Vuser scripts, which was also present in HP’s solutions LoadRunner and performance centre.

Users can also spin up load generators using cloud vendors like Amazon Web Services, Azure and Rackspace. There you can see the results of the load tests and can access real-time insights into the performance issues of the software. To perform a load test, the tester needs to create and design a TruClient script, add it to the load test and then run or execute the test. These tests can be performed on the self-driving test labs of storm runner and do not require any load generator configuration to do so.

Below are the benefits of HP Stormrunner:

1. Since storm runner is a cloud-based service and can be accessed with the aid of a browser, it does not require any client-side installation and infrastructure setup for leveraging its services.

2. It is a valuable tool for Agile, Cloud, web and mobile projects, in which the teams want to use both open-source tools and their solutions.

Because of this, they can execute the test scripts on open source tools like JMeter as well as they can also use their existing load runner scripts and port them on storm runner cloud and run them from distributed load generators.

3. Along with that, the tool is very scalable and cost-effective to testing teams

4. The tester can also increase the flexibilities and the capabilities of their test suite by integrating other existing third-party open-source tools and proprietary tools.

Here are the key features:

1. The users are allowed to integrate selected third-party tools to the HP Stormrunner load. It is a great feature from the continuous integration server perspective like Jenkins Hudson.

2. Snapshot is an intuitive functionality of Stormrunner for TruClient. It will allow performance testers to navigate through the application which was pre-recorded to verify the transactions going to perform against the application under test.

Here is the Test reporting in HP Stormrunner:

1. The dashboard of HP Stormrunner is populated with several widgets. These widgets can be the virtual users, hits per second, throughput errors and many more.

2. The clients are allowed to add or remove different widgets from the widget gallery as per their wish. These widgets help in making various client-side measurements like hits per second, throughput errors, transaction response time.

3. Different monitors are also available to monitor the CPU utilization and the memory utilization by the application.

4. Different graphs can be overlayed for data crunching.

5. The test reports generated after the test can be shared between the teams and within the team. This report can be exported in PDF or Word format.

6. If the tester wants to add extra data crunching to the report then extra computation can be performed on the report data, using CSV report format.

7. Another report is the client-side breakdown report which is NV analytics. This network virtualization report will help in improving the quality of the application. They point to the potential issues in the application’s transactions.

Along with that, recommendations to optimize the network traffic are also provided.

8. This report provides the real-time analysis of user experience and hence the data generated can be used to make corrections in the application before it goes live for ensuring that the final product is ready to offer a seamless user experience.

Stormrunner is one of the parts of the suite of performance testing solutions from HPE. The storm runner is built based on the LoadRunner, with some extended capabilities. On one hand, HP Stormrunner is a cloud-based solution for testing the performance of mobile and web-based applications developed in the Agile environment, while on the other hand,  Loadrunner is used for size-specific project-based testing.

Using the VuGen scripting technology, the test scripts are written and can be reused across the different HPE performance testing solutions. Stormrunner is more simple, scalable than Loadrunner as using it does not require much infrastructure and also allows the scaling up of tests as per the need.

Below are some of the testing tips:

1. Labels should be used by testers to organize test scripts in a repository and it will help in the future nesting the scripts into subcategories.

2. The tester should be able to edit or view additional run time settings like the browser cache, HTTP timeout and some other attributes which are important during the test.

HP Stormrunner is a valuable tool for performing load testing and analyzing the performance of an application getting developed using an agile framework. It is a scalable and cost-effective cloud testing platform with intelligent performance metrics. Network Virtualization helps in enacting the real-world test condition which will help in predicting the user experience.