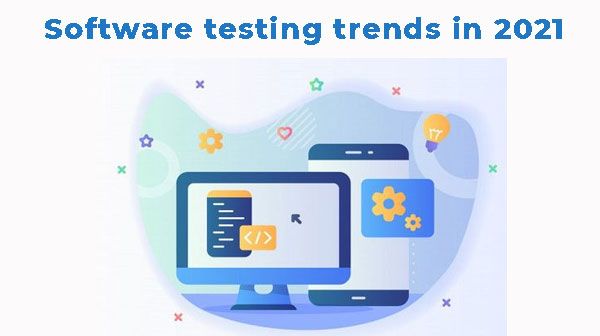 There has been a great advancement in software testing trends coming into the IT industry services in recent years. The introduction of new technologies has brought many updates in software design, development, testing, and delivery. One of the top preferences of businesses across the globe is the optimization of cost. In doing so, most IT leaders assume the integration of the latest techniques for their organizations.

Digital transformation is also a crucial aspect to focus on by the industries and the businesses that rank high on cloud computing and business analytics. Different factors like quality and reliability are being provided with major attention that reduces software application errors, increasing security and application performance.

Many companies are hiring independent testing companies to meet their software testing needs. In this way, they incur less cost on testing and don’t even require in-house testing resources. There are various other significant trends in the software testing world. Does there a very strong requirement for adapting to the latest testing trends for all the software industries in the world, which will help them adapt to the requirements of the modern world?

With enterprises adopting agile and DevOps processes, it has become a mandate for all of these practices to leverage automation testing. Basically, for continuous delivery (CD) and continuous testing (CT), test automation is critical. It can speed up the release cycles, increase test coverage, and ensure the software release quality. The uses of tools and test scripts to test the software are all involved in software automation testing, and these automated test results are more reliable. Hence, the test automation speeds up the testing process, delivers accurate results, and insurance faster releases.

One of the software testing types that should be performed when there is a change made in the application or a new feature added to the application is regression testing. Testing practice tests are conducted to ensure and check the previously developed and tested software, which still performs well even after changes are made in the software. It is also an effective functional testing type that should be taken up, especially when there are continuous changes in the application. This kind of testing process checks for any new bug or error in the existing software. It is also more so as verification for software.

Also Read: What Is Regression Testing?

DevOps can be defined as a widely known practice of bringing the development and operations team together to bring an effective DevOps culture. This DevOps culture is all about a shared collaboration between the development (Dev) and operation (Ops)teams. It is a kind of a modern code deployment approach that significantly helps collaborate and coordinate among the various teams and accelerates the software delivery process with faster releases. This process also ensures effective feedback for delivering quality software and insurance of improved customer satisfaction.

User testing is an essential type of software testing that has been gaining more popularity in recent years. This form of user testing relates to a method where real users take up the role of testers for testing the interface and functions of applications, websites, mobile applications, or services. The apps are tested by real users considering various real-time use cases. The feedback from these users assists in developing the application for the end-users in this method. It is a usability technique for gaining valuable insights from users regarding how they feel about the product.

Every system component must get integrated with different application modules for ensuring the smooth working of the entire system in software testing. Companies that follow agile and DevOps should take up integration testing to ensure that the application module functions efficiently when grouped. Therefore, integration testing should be leveraged by business as there are various benefits by which it helps identify system-level issues like module integration issues, broken databases, etc., and helps identify them while developers resolve them at the earliest.

As soon as the product is developed and is moved to production, the product owner will check its functionality and usability by performing user acceptance testing. It is the final phase before the launch of the application where all the stakeholders check if the product is as per their needs and check if there are any errors while moving ahead with the functionalities of the product. User acceptance testing is essential and the final phase for testing whether the software is functioning as per the requirements.

In today’s Digital Era, with connected devices and mobile applications running in billions, there is a requirement for these mobile and web applications to become accessible with differently-abled people. Nevertheless, there are also creative products, software, and websites that are not made available for individuals with such disabilities.

But today, it is mandatory that businesses should leverage accessibility testing. This kind of software testing focuses on very fine and usability and makes sure that the application could be used by people with many disabilities, including visual, auditory, physical, speech, cognitive, language, learning, and neurological disability.

Businesses in today’s Era become successful only if their business-critical mobile and web applications perform under varying loads and deliver great performance essentially. If these business apps crash while numerous users tend to use them, users will be dumping them and never wish to return them.

There are certain changes in the world of technology. The same has happened in the software testing world, where test automation has developed for facilitating rapid soft release is at the highest quality. Automation has always been interesting as it is ground for reducing the mundane testing efforts and accelerating the testing process.

It was all about the essential software testing trends that we need to know. We now know a lot about the stuff mentioned above that isn’t much talked about, but it is the future, and we have to adapt to them.