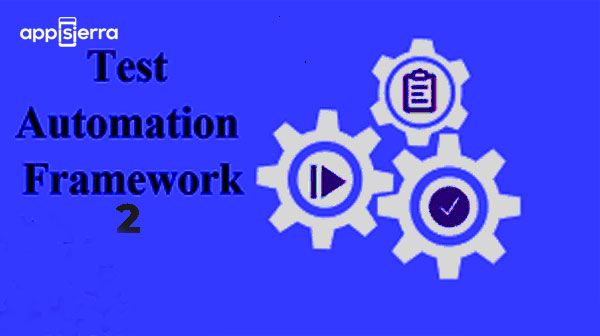 All You Need To Know About Test Automation Frameworks

A test automation framework is considered a mixture of set tools, protocols, rules, standards, and guidelines that could be incorporated followed to labor overtime the benefits provided by the framework. There are various sets of guidelines for building the right test automation framework. However, if followed, the guidelines will be bringing more benefits and less trouble for users. Frameworks have key distinguishing features that separate them from the normal libraries:

Here are some of the types of test automation framework:

Also known as the record and playback framework as testers use a linear automation framework for recording test scripts and then play the script automatically to conduct the test.

It is built upon the idea of abstraction; a modular-based testing framework will be dividing the entire application under test into several logical and isolated models. In each module, you will be creating a separate and independent test script as the abstraction layer will hide isolated modules or components from the rest of the AUT. Hence the changes made in this module will not affect others. These test strips could be combined for making larger test scripts for achieving required scenarios.

Library architecture testing framework also known as structured scripting or functional decomposition. The fundamentals behind this framework include:

The data-driven framework focuses on separating the test script logic and the test data into two steps. First, data-driven automated testing is a procedure in which the test data set is created using an excel sheet then imported into automation testing tools for feeding the software under test. By using this framework, you can easily make the best strips work for different sets of data.

The “action word based research strategy,” Action Based Testing, exemplifies this further. Keyword-Driven Testing has evolved into Action-Based Testing. Activity-Based Testing is a modular-design, action-driven research process that offers a comprehensive approach to improving automated testing performance. Via effective research organization, modular design solves the problems of test preparation and test case management. The majority of the programming work needed to automate and sustain tests over time is eliminated with action-driven test creation. It eliminates the need for technical research personnel.

The hybrid test automation frameworks could be understood as a combination of two or more frameworks mentioned above. It devils for leveraging the strengths and benefits of another framework for a particular test environment it is managing.

The following are some of the benefits of getting test automation systems in place.

Since these systems have the necessary coding data for an automation test to be successful, the user data is stored for future use and can be replicated at any time. There is no need to paste or rearrange passwords manually. The code can also be used to run experiments using other automation frameworks. The scripts that have been produced can also be held.

Since the structures already have proven guidelines, test cases may be built at a low cost. Furthermore, since these codes can be replicated several times, creating test cases with new functionality is inexpensive and time-consuming.

Because of the standardization, test automation systems improve efficiency. When the collection of codes in a system is implemented consistently from the start, it ensures optimal test coverage.

There are several other structures in operation as well. We covered the fundamentals of a Test Automation Framework design in this report. We have spoken about the different kinds of applications on the market. The advantages of the Keyword-Driven Framework and the Hybrid Testing Framework seem to be greater (than others)