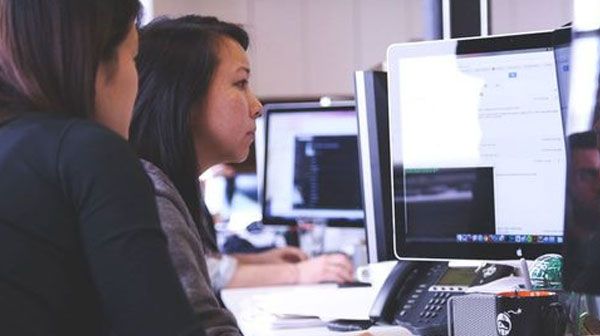 Test Plan: The Guide That Every Software Developer Should Follow

The what, when, why, how, and who for a testing project is documented by a test plan. The overall objective and scope of the tests to be run are laid by the test plan. The test plan’s main purpose is to set expectations and align the team for success throughout the testing process.

A test plan doesn’t include individual test cases as it is meant to be a higher-level document. A test plan usually is lines teams with delivering a more reliable product to the users by orchestrating a smooth testing procedure.

The first thing in the software testing life cycle is testing preparation. A test plan document is a living and breathing artefact, and it is dynamic because it should always be up to date. When plans change, that test plan should be updated to maintain an accurate set of information for the team.

Test plans could be used as supporting documentation for an overall testing objective and specific types of tests. Below are the two types of test plans:

Master test plan: A master test plan is a high-level document for a project or a product’s overall testing objectives and goals. It lists the activities, milestones and details of a test project’s scale and scope. All other test plans are encapsulated in the project.

Testing type-specific plan: You can also use test plans for outlining details related to specific types of tests. For example, if you have a test plan for unit testing, acceptance testing, and integration testing. These plans will drill deeper into the particular type of test being conducted.

It isn’t uncommon to see a test strategy and test plan compared to one another or sometimes used mutually. The test strategies of and written as a part of the test plan in its dedicated section of the master test plan.

Test strategy is usually used at an organizational level. The project or result is a static document. Test decisions are political in themselves and the test plan shows when and why tests are conducted within the group. That test strategy unusually changes hence its static nature. At the project, the product manager usually creates a test strategy.

On the other hand, a test plan is used at the project level and the dynamic document provisioned with the uniqueness of the project. It is more explicit as it focuses on the when, how, and who off testing. The test lead or test manager usually creates a test plan.

Importance of a Test Plan

A test plan will help you and your team to get on the same page. It serves as a framework and guides to ensure that your testing project is successful and helps you control the risk.

The very act of composing a test plan will help you to think through things in a way you might not consider without writing them down. Accordingly, the value of writing a test plan is enormous by itself.

A test plan is a great way to communicate a testing project objective across the entire team. It is exceptionally useful in remote workers where testing teams could be spread across the globe, and asynchronous transmission is more common.

When to Write a Test Plan?

It would help if you wrote a test plan after a test strategy is already in place. Both these activities will happen early in the project lifecycle. It is ok to have breaks and generalities in a test plan at this point, and it is ok to go back and update the test plan as details form up for things to change.

Always remember that the test plan is a living and breathing document, and it is dynamic. You will be setting your team up for success during the entire testing project by writing the test plan early.

How to Write a Test Plan?

It may be difficult for you to write your first test plan, but it will start to feel natural the more you do it. A manager or team lead is usually responsible for writing a test plan while others contribute and support the process.

For crucial tips for writing a good test plan:

Keep it concise: It is easy for a test plan to become overly verbose. A short and concise test plan will be more effective and easier to read. Nevertheless, every project is different, and there is no set strength at the test plan as it varies by team and project.

More complicated projects will have longer test plans than simpler projects. A super long test plan is likely to be ignored, so try focusing on compactness whenever possible.

Keep it organized: The test plan is regularly scanned for information throughout the testing project. It is essential for keeping the information organized so teammates could easily find what they are looking for.

Make it easy to update: A testing project is likely to change at some point, and the test plan document is required to be updated to be accurate. An inaccurate test plan is much better.

What to do After a Test Plan is Written?

It is important to review a test plan after it is written with the team and discuss dependencies with specific team members. It ensures that the entire team is aligned on the test plan. A test plan review could be performed asynchronous or real-time, depending on where the team is located. Reviewing the test plan could also serve as final proofreading and uncover possible areas for improvements, gaps, and errors.

A test plan is a significant part of a testing team’s alignment and success. It is an up-to-date document that could be easily accessed and read by the entire team at any point for understanding the overall testing objectives.