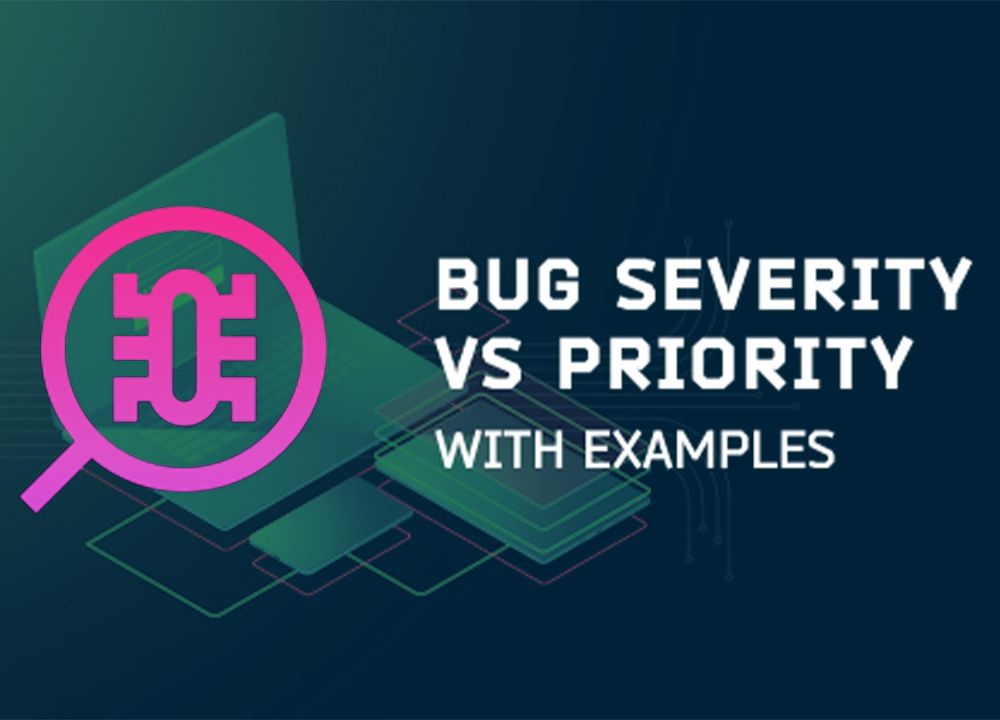 Did You Know The Differences Between Bug Severity and Priority In Testing?

Bug severity and priority are two very commonly used terms in software testing. Nevertheless, they are frequently used conversely, which is inaccurate. In this article, we will discuss each of them in detail and describe the difference between them.

What is bug severity?

Bug Severity is the significant influence a bug could have on the construction or functioning of an application characteristic when it is being used. It depends on the impact of the bag on the system. Depending on the pose of the software, it has been divided into four severity types:

Low: The bug will not result in any noticeable breakdown of the system.

Minor: Results in some unexpected and undesired behavior, but it is not enough to intrude the system functioning.

Major: The bug will be competent in collapsing large parts of the system.

Critical: The bug will be capable of triggering the entire system towards a shutdown.

Generally, QA engineers are the people who discover the level of bug severity from these severity types.

How to determine bug severity?

Two points are given below to determine bug severity:

What is bug priority?

Bug priority relates to how essentially a bug is required to be fixed and eliminated from the website or app in question. It is a step for measuring how the bugs should be prioritized in the debugging authority. Assigning the bug priority accurately is an essential part of successfully debugging the defect life cycle.

There are three levels of bug priority:

Low: A bug could be fixed at a later date. Other more severe bugs get priority.

Medium: A bag could be fixed in the ordinary way of development and testing.

High: A bug should be resolved as early as possible as it will negatively affect the system and make it unusable until it is fixed.

Difference between Bug severity and priority

Suppose a website performs with many floors in some legacy browsers. The logon does not load, text scrambles, or the images are too pixelated. It introduces the project functionality, and the user experience the bag severity will be considered high. However, since this difficulty e is only ok working with legacy browsers, it will not be affecting a vast number of users. Hence the bug priority is low.

Suppose the website that is being tested on Chrome is working correctly. But when shifted to Firefox, there are some significant defects seen in the pricing page. The buy buttons for buying plans have disappeared, and so has the text that describes the prices and similar features covered in each plan. In this case, anyone who is using Firefox will not be able to buy the product or even know the characteristics of the products being offered.

Since essential functions are being negatively affected, bug severity is high. Since the broken parts are blocking a vital aspect of the user journey, in this case, actually buying the product, the bug priority will be considered high.

While testing a website’s functionality, buttons are often out of place when the site is running on Chrome. But they could still be clicked easily and perform what they are meant for. It indicates that the functionality is not changed; hence the bug severity is low. But still, sense out of the place buttons do not make for a pleasurable visual description, and websites that are poorly designed instantly turn off users, so the bug priority is high. Issues like these are required to be fixed as fast as possible.

While testing the website, some tests are found to have typos and the font and color do not match the color and font of the website’s initial design. It is a bug indeed, but it is undoubtedly not hampering any problem in functionality. Hence bug severity is low. Similarly, this is not required to be fixed immediately, and therefore the bug priority is low.

The role of real devices

Now it is impossible to allot bug severity and priority without understanding the bug’s exact nature. Plus, it is also essential to know how frequently the bug is occurring and how it affects the software. The best way of determining all bugs is to run the software through real devices and browsers. When it comes to a website, it should always ensure that it is under the preview of both manual and automation testing. Automation selenium testing should continuously improve manual tests so that the testers do not skip any bugs in the quality assurance process.

In the deficiency of an in-house device lab, the most suitable option is opting for a cloud-based testing service that gives real device browsers and operating systems. Many online services are available for manual and automated testing. Users can sign up, log in, choose the desired device browser OS combinations, and check to see how it functions in the real world. Also, an extensive range of debugging tools is provided for making it easy to share and resolve bugs.

Testers should try running testing in real user conditions, and they will be able to find several bugs, their nature, and how often the orca. Then they will be correctly able to assign bug severity and priority. In turn, it will help testers run debugging activities in the correct order so that the software could provide the best possible service to its end-users at any given time.