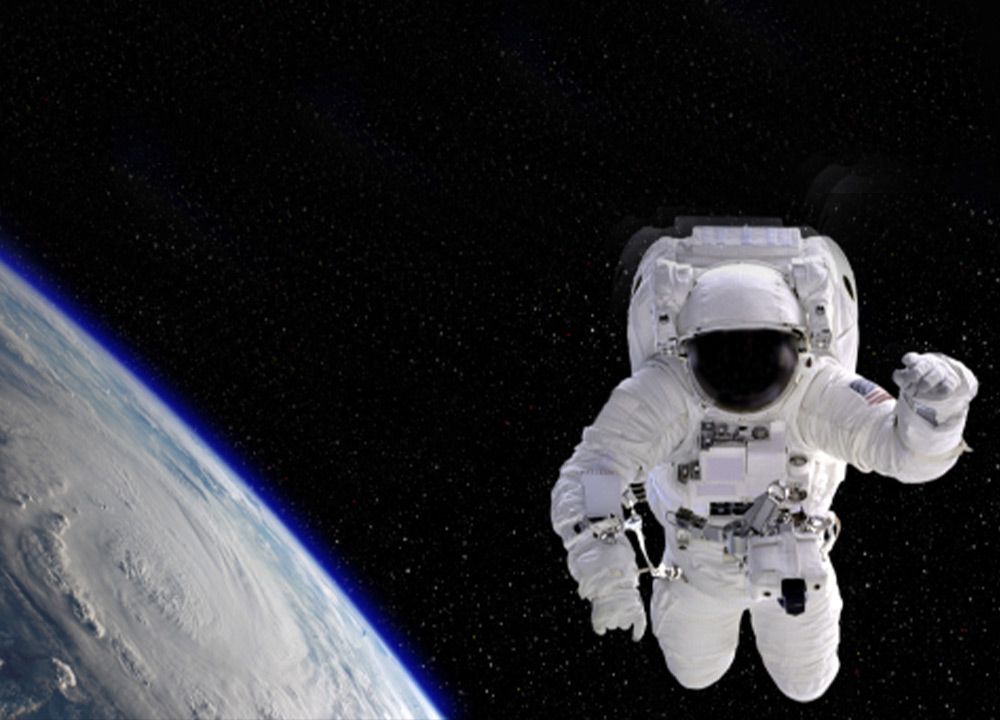 Application Of Nanotechnology In Space, Aerospace, And Defence Realmdefence

Nanotechnology is a science and engineering field concerned with the creation of ‘things’ on the atomic and molecular scale – typically, materials and devices. One-billionth of a meter is a nanometre: ten times the diameter of an atom of hydrogen. On average, the width of a human hair is 80,000 nanometres. The normal laws of physics and chemistry are no longer applicable to such scales.

Nanotechnology is praised as having the ability to improve energy consumption efficiency, help clean the atmosphere, and solve significant health issues. It is claimed that it is capable of massively rising production performance at drastically reduced costs. Nanotechnology products, according to nanotech proponents, would be smaller, cheaper, lighter, and more practical and require less energy and fewer raw materials to make.

For use in the defense industry, nanotechnology applications hold strong promises. The latest thinking is that nanotechnology can be used by soldiers in two main ways. The first is the miniaturization of existing equipment so that it is not only smaller, but also lighter consumes less energy, and can be hidden more easily. The second is to invent new materials for military use and adapt them.

While military research focused on nanotechnology is carried out both openly and secretly by various organizations around the world, the Institute for Soldier Nanotechnologies (ISN) at MIT is the highest-profile organization. ISN aims to pursue a long-range vision of how technology can make soldiers less susceptible to threats from enemies and the environment. The ultimate aim is to build a 21st-century battlesuit that integrates lightweight and comfort with high-tech capabilities.

A battlesuit such as ISN will have to be developed to remain lightweight and comfortable when stopping bullets, defending against contaminants, tracking vital signs, and where possible, providing first aid. Battlesuit development is still in its development, but some progress has already been made in the fields of communication, strength, and defense of soldiers. Just as ship-to-sea communications used to use encoded signals conveyed byways of specially coated polymer threads threaded into the suit by flashing lights will allow silent communication between soldiers.

To avoid eavesdropping or detection by enemy units, the device can be calibrated to various light wavelengths. Monitoring the medical and stress condition of a soldier, releasing medicinal medications and hormones as deemed appropriate, will be another form of application. Another application is to connect such systems to areas of the brain cortex or sensory organs, sensory nerves, motor nerves, or muscles to minimize soldiers’ reaction times.

In outer space, nanotechnology will have endless possibilities. Usage of nanotechnology for substantially smaller satellites, along with smaller launch vehicles, to begin with. Therefore, they make these satellites cost-effective. Also, these nano-satellites could be used for radar, communication, and intelligence in swarms. Such satellites could also facilitate high resolution dedicated images of enemy territories.

The suit’s polymer molecular muscle ribbons can amplify the resilience of a soldier up to ten times. At current, in most battlefield applications, the muscles are slow to react and thus not practical. For safety against bullets and other ballistics, Kevlar is already the material of choice and nanotechnology is being implemented to even further enhance its functionality. Five times stronger than steel and more than twice as strong as any other shock absorbent material currently in use, testing is ongoing on a shock-resistant material.

Another military use for nanotechnology is high-strength, highly durable coatings to enhance sturdiness, corrosion resistance, and reliability. These materials can sense damage or corrosion and activate repair of some damage instantly. The possibilities for coatings to change color when necessary is also there. This could include evolutionary camouflage for tanks moving into urban areas or from the jungle to open fields.

In both the civilian and military research realms, nanotechnology finds applications. Many nanotechnology applications are being developed in the civilian realm, which could soon find a place in the military arena. National states are working rigorously to develop capabilities in the region. It, therefore, needs stringent steps from the Indian side to be up to date with the technology.

The main concern is increasing strength to weight ratios in aerospace-based defense applications. To make it work like titanium, but without the weight, nanotechnology is implemented to aluminum as an example to alter phases and microstructure. Nanotechnology is currently finding a variety of applications in the aerospace industry. The key production priorities of the industry almost perfectly fit the advantages of nanomaterials, which have started to replace conventional bulk metals such as steel.

One of the world’s most influential heavy industries is the aerospace sector. Many businesses depend on their ability to move both goods and individuals at speed around the globe. However, tremendous resource use and one of the highest carbon footprints on the planet compared to the size of the economy comes along with significant economic benefit. For this reason, the main drivers of current R&D in aerospace are lightweight structural materials and more powerful engines, with the combined objective of reducing fuel consumption and carbon emissions from air travel and freight. In helping to achieve these objectives, future nanomaterials and nanoengineering justify the strong interest shown by the aerospace industry in nanotechnology.

So this is the answer to the question – ‘will nanotechnology change our lives?’ Sophisticated technology is no longer the realm of the few in today’s era, but has a broad impact on all parts of society. There must be a plausible understanding of the scenario that the enemy would still have it if a country misses the next technological advance, and this will affect the future of armed conflict in ways that would be hard to comprehend at the present juncture.