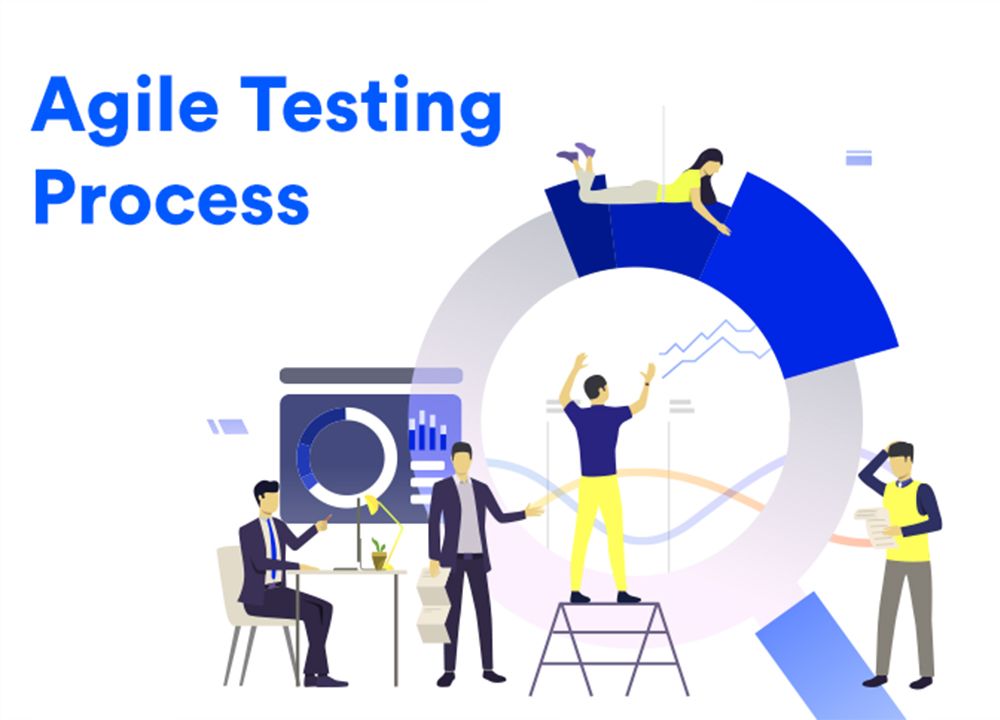 6 Reasons Why Automation Practice Is Crucial For Agile Testing

The term Agile was first initiated in 2001 by a group of computer engineers, and it was designed to be a collaborative and quick way of developing software. There is a mild contrast between agile methodology and traditional method of software development which is also termed as a waterfall. As per the waterfall method, any project that moves in a series of sequential steps namely requires design, implementation, verification and maintenance. The fact that the design and implementation of received confirmation and care of created a distinction between developers and testers.

So the question here arises that why automation is required in agile testing? The agile methodology brings tester and developers on the same table as the approach tries to reduce the back and forth movement of the software between tester and developers which saves time and money as well. The agile method works for integrating these two functions and focuses on accouching a status code in the first attempt.

Since quality is the main motive of the entire process, testing becomes crucial at each step. One of the signatories of the original agile manifesto explains that the agile methodology is about iterative development that means typically producing working versions of the final product. These versions should be fully integrated and carefully tested as final delivery. By considering the importance of testing in the entire process, it is concluded that tests are going to be repeated. These tests if automated could save a lot of time and effort as automation practice provides speed, reliability and reusability for the development process. It also allows a team to come up with a better product in less time.

Why Automation Practice is Crucial for Agile Testing?

Various reasons are given below:

Automation practice increases the efficiency of development. As testing is carried out at every step, any issues or bugs if detected are rectified early in on the process. It is often referred to as fail fast. The earlier the glitch is found, the easier and cost-effective it is to fix. It also saves a considerable amount of time for systems that are complex and tricky. Automated testing at the code unit level makes sure that the first stage only and tests the code no any defects are passed on. Constant testing is also required for reducing the time to market of software. Instead of wasting time on testing developers and testers could spend more time in building compelling features.

The monotonic nature of the tasks and easy configuration makes the life of software developers very easy. As automated test cases are easily reusable, that indicates they could be run several times in the same manner or even a different approach for stop moreover the directory get upgraded with every discovery of a new issue. It reduces maintenance costs by as much as 70% in the majority of the cases. Their reusability makes them very much cost-effective, and they also eliminate any chances of human errors in tests might get exact steps which will consequently lead to defects and bugs.

Automated testing enhances the scope and depths of our tests. Since testers are not required to run the majority of the tests manually, they could easily create a test suite for every characteristic of their apps such as memory contents, data tables and internal programming. Moreover, the automated testing test could run thousands of complex cases at the same time. As case tests are not automatic, full coverage could indicate a large number of testers with a limited amount of time. More tested features usually translate into higher quality app or software.

Testing the case over and over again could be a very monotonous task that even the best of testers are obliged to make mistakes. They may end up in forgetting the exact steps or even some of them. However, once an accurate design test automation strategy in the agile suite is executed, it ensures that all the steps are performed every time, which in turn improves product quality. By using automated testing, all the results are also recorded so that the team code reconsider them and make improvements accordingly if required. Furthermore, the computerized test allows code factoring that indicates modifying the code for enhancing performance. Advantages of automation tests could easily make changes and test to check impact.

Automation testing life cycle has proven to be a quite useful technology, especially in the case of an application. By using manual testing, it becomes impossible to check if the performance of the app is as required. Automated testing also makes it possible for us to check the future behavior of an app as all the test are needed to do change the creation date in the database and check how the system will behave.

Cost is the first considered factor before any investment is made. Automated agile testing is often observed that it is an expensive affair. Never the less today the worth of embracing test automation strategy in agile has become quite low. Originally it is going to cost us some bucks for the setup. But we will need people, training and infrastructure. Nevertheless, once it is up and starts running, it is compelled to have a reduced cost since it is a long-lasting product that could run several times without any additional charges. The number of automated tests circumscribes the return on investment, the higher the number of computerized tests, the higher the return. Above were some benefits of why automation is required in agile testing?

Automation testing life cycle could be performed at various stages of the development process. Unit testing is conducting a test at a code level where are system, and integration tests mean testing features in an integrated environment as there develop. Nevertheless, developers and testers should always have a clear goal in mind. The next step is to choose the right tool as choosing any tool should be carefully evaluated in terms of cost and ability before any investment is made. When does often exaggerate their products, but it becomes the responsibility of the team to check whether or not the product is as per their expectations. If executed appropriately automation practice could provide a lot of benefits. Nevertheless, developers should always know what tasks are worth automating. For example, functions that are performed only ones should not be automated as the effort required to automate its task generally doesn’t pay off.