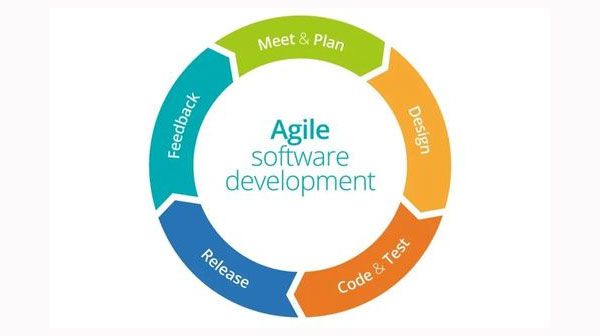 What Is The Agile Methodology Of Software Development?

For the last 3-4 decades, the method used by enterprises for software development is known to be the waterfall Model’. It is a methodology in which the whole software is deployed as one. Banking software is an example of fields using this model. In such development, the developer’s team was provided with the complete list of software requirements at the beginning of the project and the software is not ready for release until all the requirements are satisfied.

But in the current world, where the requirements of a client change on the daily basis, this methodology is not viable. The waterfall model requires months of planning for even making a small change in the software to make sure that the change is not bothering the current working of the software.

To solve this issue, a new methodology was adapted known to be an Agile Methodology which allows the quick deployment of software. Unlike the Waterfall model, it releases the software in small chunks and assembles the requirements from time to time without bothering the current working of the software.

What is Agile Methodology?

Like any other development model, Agile development also follows almost the same stages of the software development lifecycle. The difference is that instead of following one big lifecycle, the development is divided into many small separate lifecycles.

The development will be done in a series of iterations. Each iteration will start with the planning, where the requirement to work on is decided, then comes the design phase and after that, the development and testing are done. Here, the unique thing about agile is that the developer can get feedback on the current development even before the launch is done. Here the requirement to work on is decided based on the priority set by the project owner and project manager.

The one with more usability in the software is deployed first and the rest follows accordingly without affecting the functionality of the existing software.

1. The first value associated with the Agile framework is that the development team should be flexible enough to adapt the change in the working techniques and process to meet the requirements and provide the best service to the clients and users.

4. In Agile, making modifications to any requirement is not a very big issue as compared to the waterfall model. Small frequent meetings are enough for planning and moving the idea forward for development, rather than discussing it for months.

1. Customer’s satisfaction is the prime importance of this methodology.

2. It is flexible in accepting the changes in the requirements.

3. The software should be deployed as soon as the basic structure is ready, instead of waiting for the product to be completely prepared.

4. Interaction with the stakeholders is very frequent to the software exactly the way they want.

5. Since the team won’t have a load of handling the complete software, so they feel more motivated in accomplishing the short tasks.

6. The development should be done at a constant pace.

7. The teams should be empowered to organize themselves.

1. Agile development leads to the continuous delivery of the software at a constant pace. New features are added with every iteration.

2. Since each feature is built according to the consent of the stakeholders, which leads to their satisfaction with the result.

3. The development team inspect the current requirements and the process is adapted accordingly.

4. The requests to make any change in the requirement can be accepted and implemented easily without disturbing the rest of the software.

5. Design phase is a very important stage in Agile development.

6. Even agile development also improves communication within the team. The whole team is aware of what is happening in the software?’ and it’s the responsibility of the whole team for a quality deployment.

Some of the commonly known frameworks are:

Among all these frameworks, scrum is the widely used one.

In scrum methodology, the iterations of the plan, build, test and review are performed. In this, the team consist of :

The Developers and the Testers: Responsible for executing the ideas in the software and making it ready for deployment. At the beginning of the project, the product owner and the scrum master build a complete list of product backlogs, which are in the form of tasks that have to be accomplished to meet the requirements.

Scrum meetings are conducted which are daily meetings of the team to discuss the status of the development. At the end of the sprint, the sprint review is done to ensure that the desired result has been accomplished.

The agile method of software development is the need of the current digital world, where the requirements and expectations of the clients and users change very frequently. Agile allows us to satisfy them as soon as possible. With the aid of constant communication within the team and short term tasks, this method helps in reducing the load of building a big software into small pieces, that is easy to update and add new features.