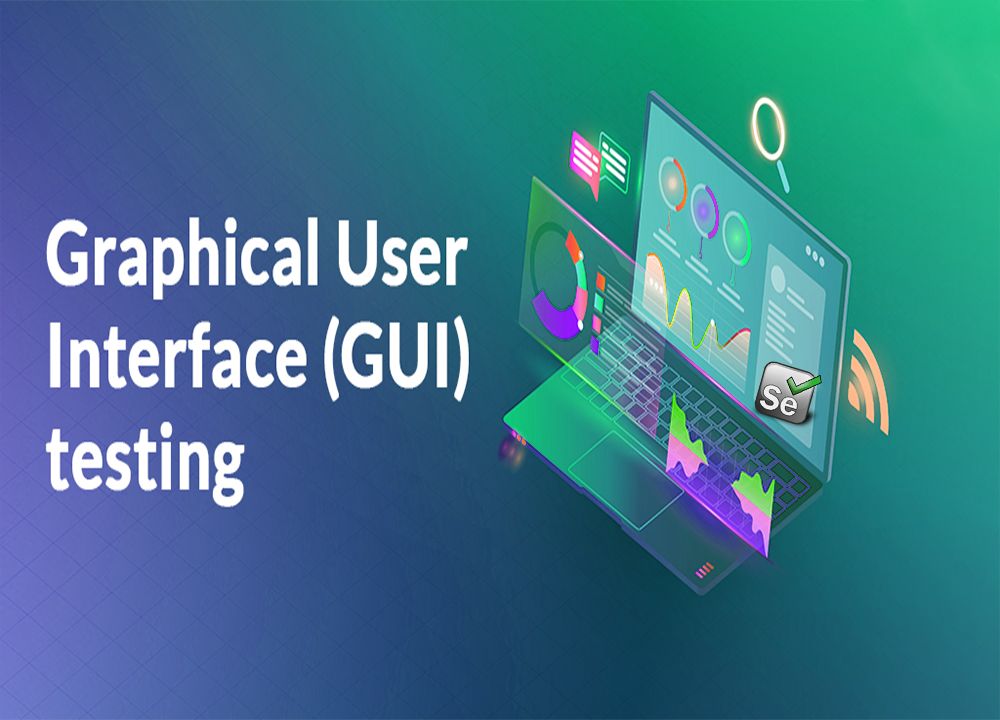 How Automated GUI Tests Can Be Set Up Using A Selenium Webdriver?

Selenium is a tool suite consisting of Selenium IDE, Selenium WebDriver, Selenium Grid, and Selenium Standalone Server. Selenium is a browser automation tool, which implies Selenium allows browsers to execute commands based on your scenario. This is why, but you are not restricted to just that it is the ideal tool for web application research. Selenium WebDriver is a resource that you retrieve from your code and execute commands on the browser of your choosing.

What are the advantages of GUI Functional testing using Selenium?

For developers looking to run front-end tests to ensure that their application works correctly, Selenium has several advantages.

First of all, Selenium is an open-source testing solution, which means it is free and is supported by an open-source community that offers updates, bug fixes, and tools on an ongoing basis. The acts of a manual tester are simulated by a good GUI (graphical user interface) automated test. In such a test, to suit the real scenario, the automatic test interacts with the keys, text fields, and other elements in the same manner as a manual user would do.

It can be run on platforms like Windows, Linux, and MacOS, which is a major plus for programmers who want to use multiple platforms. Developers can also write Selenium WebDriver tests in any of the Selenium projects approved computer languages, namely Java, C#, Ruby, Python, and JavaScript (named Bindings). You can also test mobile apps by using Appium ( iPhone and Android)

You can track all the HTTP/S requests and Selenium orders that your browser sends at the same time with the BlazeMeter Chrome extension. It generates a script for JMeter and Selenium and uploads it to BlazeMeter, where you can execute it with a single click.

In other words, without JMeter or building up the conditions to code and run Selenium scripts, you can run JMeter and Selenium tests. To start documenting or run a performance test, there is no need to install JMeter or Selenium; the Chrome extension generates the script on its own.

Conversely, if you have an existing Selenium or JMeter setup enabled, you can transform your recording to a JMeter JMX or Taurus YAML file, edit these scripts to suit your needs, and use your local browser to run the Selenium script, or run a JMeter script test from your local machine.

We will talk about how to build an interactive GUI test with Selenium WebDriver in this blog post, mixing the programming language of Java, the executable WebDriver, and the selectors that we need to communicate with on the web page. By examining the DOM (Document Object Model) for HTML and CSS attributes, we’ll extract the selectors. We will use TestNG as the basis to verify the findings and make assumptions to equate the actual outcome with the predicted result.

The environment configuration is given below:

Install the IDE of your favorite

Choose your favorite IDE for writing code (mine is IntelliJ IDEA).

Build a New Project for Maven/Gradle

It is fairly easy to create a Maven or Gradle project if you are familiar with Java. Read more from here: Gradle, Maven.

One has to determine which browser to test when testing a request on the web, as each browser acts accordingly. A WebDriver needs to be downloaded to test a web page on a browser. Chrome and Firefox are the most common browsers, with ChromeDriver and geckodriver as WebDrivers.

Set the Property of the System

To inform the web driver where the project is located:

In the pom.xml file with org. seleniumhq.selenium, put your dependencies into your project.

Set up a new test class

Create a new Java file (class) and resolve the mappings between the displayed web page and written selectors to create a new test. The selectors are usually written in a separate file (class) to organize the code. Called page object classes are the classes used for this.

Switch between the page object and the test when constructing the test to get the objects you are working with to the web feature. A class of page artifacts looks a little like this.

You have to define the web elements (such as buttons and input fields) on the page and create the algorithm code while using those web elements to run web GUI automated tests. The code can involve actions such as finding the expected value in a table, clicking on the next page to show the values on several pages, waiting for an object to appear in a drop-down list, or waiting for the load dialogue to disappear.

You can find a web element in Java by using the methods from the “By” class like:

It’s possible to integrate the selenium with any common IDE with Git. Intellij, Eclipse, and Netbeans are the most common IDEs for developing Java. Typing commands on the command line is the recommended way to get the code up and running on the server.