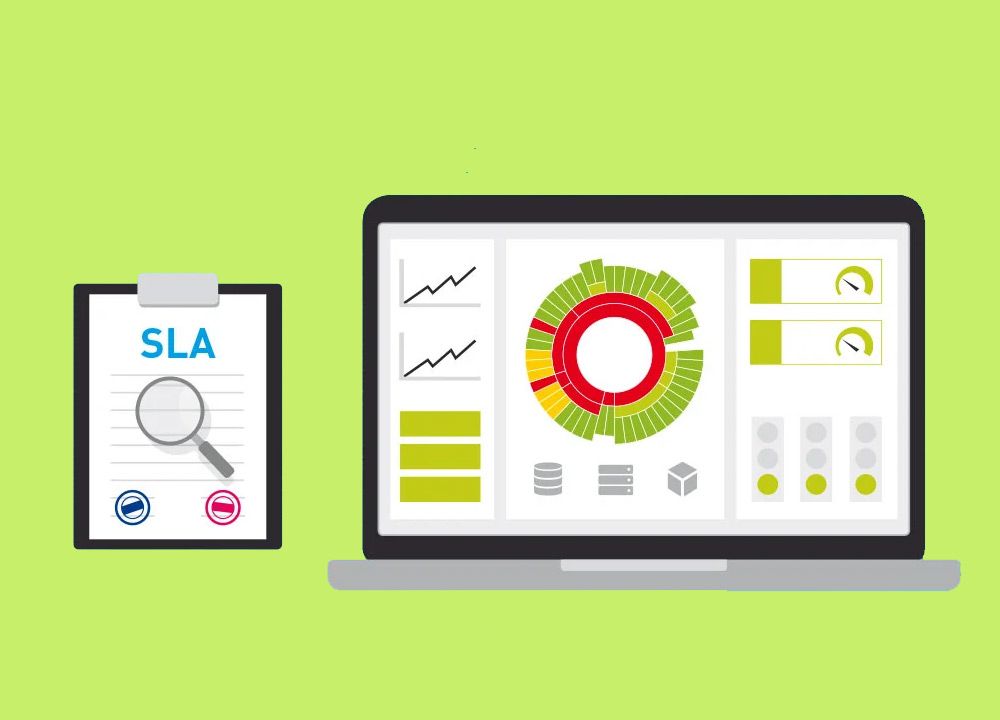 In today's competitive world and business, you need to be super smart to be sure more than ever to handle your service level agreement (SLA )performance. But the question arises here: how do you know that your cloud providers are exactly providing you what you are paying for? You've probably read, or at least browsed, their SLA. How do you know whether they're sticking to the SLA? You achieve this by keeping track of your SLA metrics.

Do You Understand SLA?

In simple words, SLA stands for service level agreement which is nothing but a contract between a provider and its customer defining all the facilities and services that had been committed in this deal. It usually refers to one or more supplied services, such as LaaS, such as Amazon EC2, or PaaS, such as Azure SQL Database. Typically, suppliers keep track of your performance against their SLAs. SLAs are almost certainly provided to your organization's end users, and you should do the same.

Despite having a contract there are usually consequences if a provider fails to maintain all the service levels that have been committed in this contract. A common term called “service credit” is one such way that provides compensation to customers if they do not meet their SLAs.

What are SLA Metrics?

SLA Metrics are a set of key performance indicators specified to measure and monitor. Although there can be any number of SLA Metrics to monitor there are options to break most of them into five different types that are listed below.

The availability of any particular cloud resource is referred to as the percentage of the duration of time it’s been working for users and you may want the availability close to nearly 100%.

A few SLA metrics examples are listed below,

The response time refers to the amount of time taken from any cloud resource for a response to return from a request. Now it is evident to understand that you would want the response time to be as low as possible for a better user experience.

The throughput measure refers to the volume of data sent and received by your cloud resources over a given period. You want the system's throughput to be as high as possible.

The percentage of failed requests to a certain resource is defined by the errors metric. Here are a few instances of what It means:

The percentage of requests a user sends that return an unexpected HTTP status code is known as HTTP errors. One example is a user receiving the dreaded HTTP 500 "server unavailable" error when using your web application to request an API. Any such error should be checked because it could be the result of a network outage, which could have an impact on your SLA.

Read Errors on the Disk

The disc read errors statistic shows the percentage of reading requests to the disc that fails. An example is a PostgreSQL request that pulls data from the disc where the database data is kept. A read error could be caused by a storage problem, which could jeopardize your SLA.

It refers to the percentage or volume of the cloud’s system resource that has been used.

Whether trying to manage the help desk or service desk, the same rules are engaged in the process. People simply want to answer every question or problem they may come across. Besides, they want to be capable enough to solve issues on their level through a basic knowledge or self-service portal if possible. In both instances, we've found a few key service desk SLA metrics indicators that might help you give better service.

What is SLA Metrics Reporting?

SLA metrics reporting refers to the SLA report that allows a provider to engage with a client while maintaining transparency on the SLA's deliveries. If the SLA demands that trouble tickets be resolved within 72 hours, then the SLA report would include information on whether that metric was fulfilled and, if not or how the issue is being addressed or in what certain way?.

In addition, if the SLA involves device management, the report will include statistics and information on each device, its status, and where management stands concerning the SLA's metrics.

Now that we have come to the end of this write-up about SLA, hope that this information about SLA could be helpful to you to understand how it works and what its role is.