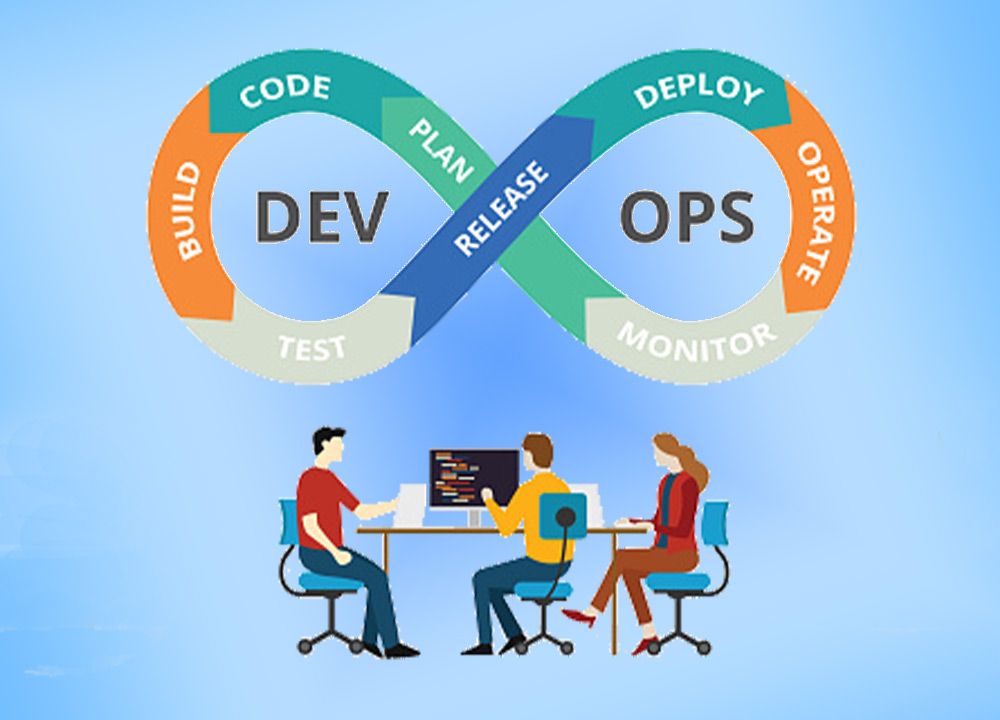 What Is The Need Of DevOps Automation In Manufacturing?

Owing to technology and innovation, the automated testing for manufacturing sector has undergone dramatic changes. There are so many ways in which today’s factories operate harder, faster, and smarter, from automation to robotics and software advances. The ultimate need for DevOps Automation practice is automation and the main concept of DevOps is ‘Automate everything’. Automation kick starts in DevOps from the generation of code on the programmer machine before the code is moved to the code and even after that to control the development application and system.

The overall DevOps pipeline is automated and involves continuous integration, continuous testing, and continuous deployment, including live monitoring of application results. The key highlight of the practice of DevOps test automation is the automation of infrastructure setup and configurations and manufacturing domain software testing. To make deliveries over a few hours and make regular deliveries across channels, DevOps practice is heavily dependent on automation.

In DevOps, therefore, automation fosters speed, greater precision, accuracy, reliability, and maximizes the number of deliveries and most importantly QA solutions for manufacturing. In DevOps, automation essentially captures everything from construction, deployment, and monitoring. Unnecessary to mention, the manual activities are simply getting away from automation. People want to end their engagement in mundane routine activities and use their time and intellect to do something new or inventive. That said the role of automation in DevOps is very significant and very crucial in the continuous delivery of value to the customer.

We see things that are being automated everywhere we go, either with limited or no human intervention at all. DevOps is therefore not an exception to this. It was just the development team and their operations that used to get automated, specifically testing, in a conventional software development process. Automation meant evaluating and automating test cases, which were often only functional test cases, but not even non-functional tests such as performance and protection.

And none of the other operations used to be automated, particularly ops operations. A very good example of the difficulty involved in deployments is the lack of manual deployment on a huge cluster involving 8 servers and the failure it caused, and it clearly illustrates the need for automation for DevOps operations. Organizations recruiting highly qualified and knowledgeable people to set up the networks and environments that they used to do based on their intellect, skills in the respective field, their experience and expertise, which was a full manual task, by paying a huge salary package.

As everybody knows, manual configuration is still error-prone. What usually used to happen in the case of manual configuration is that these smart people use network configurators to get sick of these tasks over some time, after constantly doing the same job again and again and end up making mistakes due to incompetence. They are very smart, you know, and these tasks are going to be very easy and uninteresting for them, and every day they need new challenges and not this dull job.

Therefore in addition to saving time, the introduction of automation for software installation and version managing the infrastructure portion became a huge benefit and removed a lot of human errors and enabled every common man to do this, thereby eliminating the reliance on skilled staff. Even if a new environment is set up to run around systems, such as increasing the ticket to set up a new environment, the IT team that worked from behind in setting it up, all these issues are eliminated.

Individual team members are thus encouraged to execute the assignments. Imagine the speed, efficiency, and accuracy that automation achieves. Thus, automation, the amount of deliveries to production has increased tremendously. In reality, automation kick starts in DevOps practice from the creation of code on developer machines until the code is out for production and even after that in the live monitoring of the application. This is a standard loop of DevOps. The Development and Ops team tests the source control in the code and environment settings, from where the automation begins, runs and activates the build.

At every point of development, we can see the automation being carried out, beginning from build triggering, performing unit testing, packaging, deploying to the required environments, performing build verification tests, smoke tests, acceptance test cases and finally deploying to the final test environment. There are many tools currently on the market, both open source and licensed tools, that support the end-to-end automation of the entire delivery pipeline, including operations carried out by the Ops team, machine provisioning, automated server spinning, network configuration, firewalls, and even software performance monitoring. Some companies have also built their system to automate the end-to-end DevOps process that starts from code commitment to code implementation, including documentation that is a single integrated tool, and the team does not have to go beyond the framework for anything program-related, be it version control, test case writing, evaluation, dumping test case results, analysis, etc.

In the lack of automation, we have seen previous launches that take years to get into development, and even recently with agile, whether lean, scrum, or stable, and with a percentage of automation being increased, release periods are reduced to a few months or weeks. But to make the launches as quick as possible in a few moments, automation is a must. Unless we put in place automation throughout the pipeline, I think it is difficult to make such fast and regular releases. So very clearly then, if we want to achieve the goals of DevOps, high quality and value delivered to customers through regular and fast deliveries, it is a must to automate.

Certainly, we now understand that automation eliminates manual errors, relies on a person, performs faster, and achieves precision, thereby achieving quality and reliability. Therefore, automating it allows the high-quality delivery target of DevOps, allows regular releases and faster releases. Overall, DevOps allows any creation and operations activity to be automated wherever possible, whatever is automatic, whatever is repeatable, whenever consistency is needed, whatever takes a long time.

So in short, DevOps automation essentially encapsulates everything including construction, deployment, and tracking to everything right.