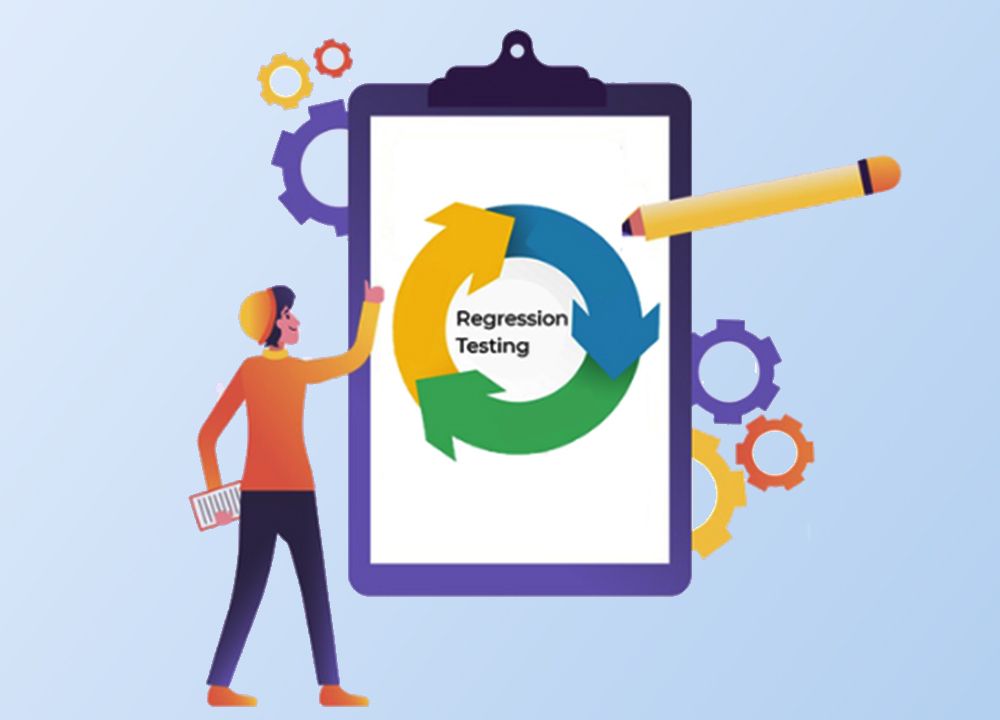 A Complete Guide to Regression Testing In Agile

Presently, when there is a chronic decline in time windows between software iterations and releases, testing teams are challenged more than ever to create a solid continuous testing technique that can keep up with requirements modifications, feedback from production environments etc. Few teams are leveraging test information analysis, while others are utilizing machine learning and other developed technologies to optimize their DevOps pipeline. Also, there is still a large gap in understanding how to continuously deliver value through regression testing cycles. In this blog, we’d like to focus on the topic of strategizing automated regression testing in agile environment, steps of regression testing and why regression testing is required. So let’s begin.

Why Regression Testing is Required?

Let’s talk about the steps of regression testing :

It is one of the regression testing procedures in which all the tests in an existing regression test suite are executed again. This is expensive as it needs more time and resources.

In this technique instead of selecting the whole regression test suite we choose a part of it for execution. Test cases are classified as: Obsolete and Reusable test cases.

Regression testing, on its own, verifies if the earlier functionality is working on expected lines along with the extension of any recent feature. Thereby, assuring smooth functioning of the broad system. Thus, for beneficial regression testing in an agile way of working, it is significant for a testing team to build regression test suites right from the preliminary development stage and keep on creating the same as the sprints add up.

Here are a few steps that play an important role given below:

There are various ways that regression testing has been adopted into agile. This mostly relies on the kind of a product and the kind of testing it desires. According to the level of growth and stability of the product, anyone of the above approaches to examine test case selection and test plan creation can be chosen. For instance, Sprint Level Regression Testing makes sense when the advancement of a new release has just begun and the product will take time to get to a reliable version which can be tested end-to-end. End to End Regression Testing creates significance when the product is reliable and the planned release is close. In an agile strategy, there are also many approaches in which the Regression testing can be executed:

Automated regression testing in an agile environment is not taking the time and therefore is necessary to attain a good speed that the agile teams strive to gain. Agile testing is a software testing procedure that pursues principles of software development life process. It’s entirely about changes and making differences in necessities even in the future with better advancement phases. The central purpose of agile testing is to provide the product with tiniest functionalities. Agile testing is an extremely quick and dynamic testing process. Usually, the sprint cycle is of 2-4 weeks in which the advancement is done for a modern feature that requires to be tested and regression testing needs to be done for the former features from the previous release which went into the creation.

Steps for creating a Regression testing strategy are given below

The Surprising Advantages of Regression Testing

Why is Regression Testing Important in Agile Development?

In the recent agile process, regression testing plays a very significant role. In the world of active markets, every company in the software development industry wants to go forward with others with respect to creating a much more progressive software. Agile exemplifies an incremental and repetitive development procedure. With the client needs and the continual changes evolving around the software in the agile way of testing, regression testing becomes a vital and essential factor in the test life cycle process.

Also Read: Importance of Regression Testing in the Agile