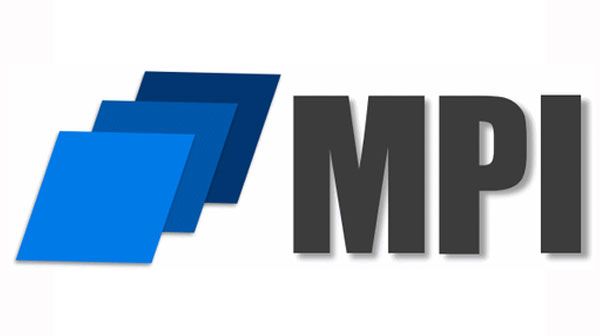 All About Message Passing Interface (MPI)

Technology parallel to the other computers, mobile telephones, and other technologies become part of everyone’s life. Of course, we know that because the MPI Instructional platform has been embarked upon. If we have a parallel programming class, are studying for work, or are only learning because it’s enjoyable, we have opted to learn an ability that will stay unbelievably useful for years. We have also taken the right direction, in my view, to increase our knowledge of parallel programming by understanding what exactly the message passing interface (MPI) means! While the MPI is smaller than most of the parallel libraries, it is a fantastic basis for developing similar programming skills.

What is MPI Message Passing Interface?

Message passing in parallel computing is a programming prototype typically found in computer parallel architectures and workstation networks. One of this model’s attractions is that architectures that merge traditional and dispersed memory views or increase network speed will not become redundant. The MPI specification mentions the user interface and features of a standard library centre with a broad array of message communication capabilities in syntax and semantics. The theory of the method is established but not explicitly applied.

The specification can be easily applied to a wide variety of computer architectures. It could run on distributed-memory parallel computers, a shared-memory similar machine, a network of workstations, or even a series of processes operating on a single workstation. The standard has originated from a convergence of principles and most appealing innovations from vendor relevant message passing in parallel computing variants through the MPI forum’s work.

Building an application programming interface that is scalable across many parallel architectures represents the applications programmers’ requirements. The same source code is available for the architecture as long as the MPI library is open. An MPI implementation on standard UNIX interprocessor connectivity protocols offers portability to clusters of workstations and heterogeneous workstation networks. Interface semantics should be language-independent, such that the popular programming languages such as C and FORTRAN used in high-performance computers can be easily certified.

Even MPI could be used for parallel compilers as a run-time. Give legitimacy to parallel computer technology. MPI has been commonly embraced and used since it offers an interface with features and extensions close to current vendor practice. It provides a synthetic machine model that covers certain variations in architecture and enables heterogeneous structures to be executed. For example, any appropriate data transfer is carried out, and the correct communication protocol is used automatically in an MPI implementation.

MPI was developed carefully, with no major improvements in the fundamental communication and device software, to allow successful deployment. Portability is central, but if this were done at the cost of performance, the standard would not be commonly used. Some of the communications efficiency principles include memory copying, asynchronous overlapping with a computer, and then transfer to a communication processor where available. The objective of parallel processing is scalability. With multiple interface capabilities, MPI Message Passing Interface in distributed systems embraces scalability.

For instance, an application could establish process subsets that in turn allow cooperative communication practices to narrow their reach to the processes concerned. Define a reliable functionality with known minimum behaviour for message-passing architectures. It relieves the programmer from coordination errors.

MPI offers a range of features for sending and receiving the typed data with a message tag. For heterogeneous support, typing the message contents is important. The type of information is necessary to perform accurate data representation conversions when data is sent from architecture to architecture. The tag permits the receipt collection of texts. We can accept messages on a certain title, or wildcards can receive these numbers on any label. The selectivity of the news is often given during the sourcing process.

Collective interactions relay data between all intercommunicator community operations. One function, the boundary function, syncs processes without data transmission. Until all methods in the community call it, no method returns from the barrier function. An obstacle is an easy way to distinguish two measurement phases not to intermingle the two stages’ messages. MPI gives the following communications functions.

The global reduction includes sum and product, max and min, bitwise and logically, or user-defined functions.

It is important to separate some systems’ processes so that multiple classes of functions can do autonomous work. A set of method identifiers is an ordered group. An integer rank is correlated with each phase in a group. The classes are adjacent and begin at zero. MPI offers functions for creating and destructing process groups and access to community membership information

An intercom is used to communicate point by point between two disjointed phase classes. The two types are the set characteristics of an intercom. An intercommunicator has no topology.

An MPI process group is a group of n processes. A spectrum between 0 and n-1 is allocated to each phase in the group. A linear process location does not sufficiently represent the conceptual coordination pattern of the community’s processes in many parallel applications. A topology can provide a simple name mechanism for group processes and map methods onto the run-time system’s hardware. To enhance communication efficiency on a specific computer, the virtual topology may be used by the device to assign physical processors.

One of MPI’s aims is the portability of source code. Software that uses the MPI which meets the accompanying language requirements is laterally flexible and does not need any modifications to the source code when switching from one device to another. This does not talk about how to start or launch a Message Passing Interface in an integrated system from the command line or what the user wants to do to set the context that will run an MPI program. Nevertheless, an application can require some initialization before the calling of other MPI routines. Message Passing Interface in an integrated system contains the MPI INIT initialization and termination routines.