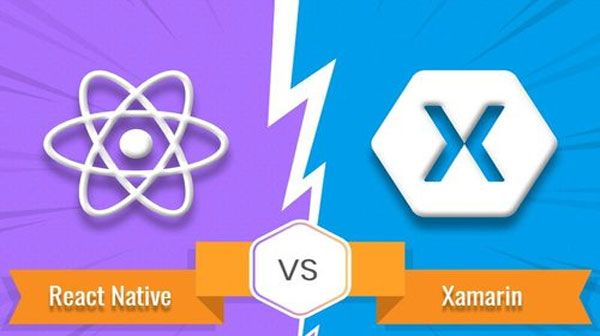 In the present world, with the continuous increase in the number of smartphone users Mobile app development brings the opportunity to earn a lot of customers. But along with that, there are also a large number of platforms used by customers to access the application. A platform is a combination of devices, browsers, operating systems.

Mobile app developers need to develop an application that is compatible to work on as many platforms as possible to engage the user and offer a good user experience. Xamarin and React Native are two of the most well-known frameworks used for Cross-Platform Mobile app development. Both of them have some pros and cons and in this article, we will discuss Xamarin vs React Native to help you choose the best framework for you.

On one hand, where Xamarin uses C# programming language to write native program codes, on the other hand, React Native uses Javascript to do the same. Xamarin uses Visual Studio Code, XCode as IDE, while React Native uses Atom, Nuclide and Visual Studio Code as IDE. Both of them can be accessed free of cost to develop a native app for the Android and iOS operating system. Let’s discuss both of them individually, and find who wins in Xamarin vs React Native.

Xamarin is a free, cross-platform and open-source platform building Android and iOS application using .NET and C#. It acts as a layer to enable the shared code to communicate with the underlying platform code. The developers are required to write business logic in one language or can also use the existing application’s code.

Xamarin will take the responsibility to give native to the application on each platform. It also provides the convenience of memory allocation and garbage collection. Xamarin claims that the application developed on its framework runs the same on different platforms up to an average of 90%. Xamarin is for the developers, who want to share the code and test the business logic across platforms written in C# on Visual Studio.

1. There are complete bindings available for the entire underlying platform SDKs in both Android and iOS. Because of these bindings, it is easy to navigate, and use. They also provide compile-time type checking and during development.

2. Developers can directly invoke Objective-C, Java, C and C++ libraries, which allows the use of existing iOS and Android libraries writing in these languages.

3. There are many advantages of using C# as it provides dynamic language features, functional constructs such as lambdas, LINQ, parallel programming, generics and more.

6. Cross-platform support is provided to the applications developed for iOS, Android and Windows. Xamarin.Essentials allow developers to access common resources across all three platforms.

React Native is another framework for developing native Android and iOS mobile applications. It provides the best in class JavaScript library for building quality UI. Along with developing new applications the customers can use React Native to improve their existing Android or iOS app.

React Native allows the creation of component versions specific to a platform so that the same shared code can be efficiently executed on each of them. A development team can manage the two platforms at the same place and share a common technology. To ensure a good user experience on different platforms, it provides a core set of platform-agnostic native components like View, Text and Image, compatible to fit in the platform’s native UI building blocks.

React Native wraps the shared code with the existing native code to allow it to interact with the native APIs through React’s declarative UI paradigm and JavaScript. With the aid of JavaScript, any changes made in the application are instantly visible on the application as soon as they are saved, so no time is wasted on waiting for the build to get finished. React Native is supported by Facebook since 2015 and in 2018, it was the 2nd highest contributed repository in GitHub.

Both Xamarin and React Native allow Mobile application developers to build products compatible to provide a quality user experience on different platforms. It depends on various factors like programming language and IDE preferences for a developer to choose Xamarin or React Native.