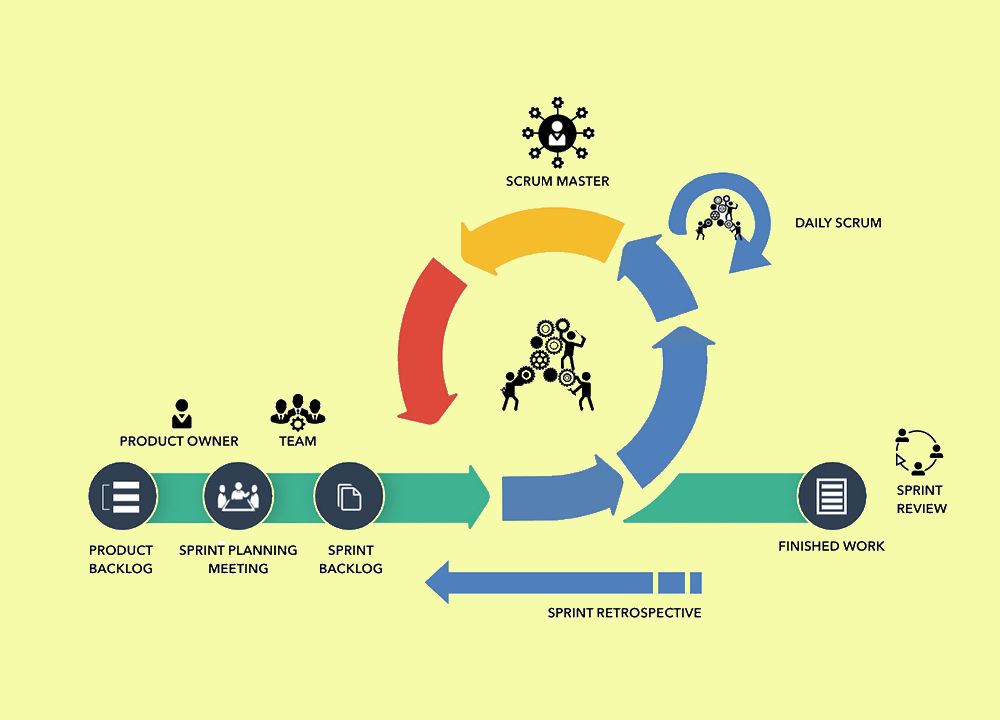 Agile Testing methodology adoption is the need for enterprises to retain their customers. A couple of decades ago, the software development process used to work in such a way that it takes a lot of time to deploy the software to the consumer. In traditional ways also known as the waterfall model, the requirements were first collected from the stakeholders, then the design used to be prepared, after that the development used to take place.

After all the development is completed, testing used to start just before deployment. This process not only used to take a lot of time but also make the quality assurance process a headache. But since the last decade, the market is changing quickly and the customer’s need too. Now the customers cannot wait for long months to get their requirements fulfilled, as during that time the requirements might change.

To cope up with these changes, the maintenance of traditionally build software is not easy. So the agile development method was adapted to continuously build and deploy the software in the market instead of waiting for the whole software to build first and then it will go live. The new requirements are continuously received, features are designed and added to the existing software to meet those requirements. So just the way, development takes place continuously, the testing process also takes place simultaneously to ensure quick deployment of quality features to the product.

What is Agile Testing?

Agile testing is the way of testing software quickly and in an iterative manner. This testing involves only checking the functionality of a few requirements fulfilled at the given time. In agile development, the requirements are prioritized and development and deployment iteratively take places with adding highest priority feature first and rest follows. In the waterfall method, the development cycle does move on to the next stage, until the current stage is 100% completed. It also requires much more documentation than in agile methodologies.

It should be understood that both these development methods take almost the same time in developing complete software. The thing which works against the waterfall method is it takes a much longer time to have an initial version of the software in the market. So in the agile testing model, the testing is not done at the end of a long development cycle instead of testing is undertaken at the end of many small development cycles. The small development cycles are called sprints. These sprints take about two to six weeks and require a team of about six to nine members. This way of development requires less documentation because it works more on the quick reaction of the team to meet any requirement rather on complete analysis and examination.

Testing always requires to undertake some basic steps, the difference in agile testing is the tests are if the small scope and requires less documentation. Testing of software generally involves three steps:

1. Test Plan: It generates a document of the test plan.

2. Test Design: It includes more high-level information about the test like ‘what to test?’ and ‘how exactly the test will be done?’. It also tells about the scope and requirements for the test. The test cases are designed in this stage.

3. Test Execution: At this stage, the software under test is executed by applying the test cases on it and comparing the system’s output with the expected output. It will inform the team about defects to fix. Usually, the test plan is a big document of about 20 to 25 pages, but in agile testing, since the scope is less so this document size reduce to 1 to 2 pages.

There are generally two testing methodologies can be followed to test the software developing using agile:

Testing along with the development

In a sprint, the process starts with the business analytics team putting up the requirements in front of the development team, the development team finds out a way to meet those requirements and starts writing code. All these steps are completed informally during frequent meetings of the entire scrum team. So during the time the development is taking place, the test and QA team design the test cases and makes a plan about the testing approaches. Then the testing and QA will be completed so that the deployment can be done and the sprint will end. This looks like a mini-waterfall method.

In agile, the test plan is written and updated for each iteration. It consists of the scope of the tests, the new functionality which are to be tested, the types and the levels of tests required. Then the performance and load testing need to be executed on the software to analyze the user’s experience is decided. The infrastructure required for the test is determined.

It is also planned that what may be the risks that might occur. At last, the deliverables and the milestones are decided to declare a test as successful or failure. So this is how agile testing software is implemented to deliver the product before the requirements are changed.