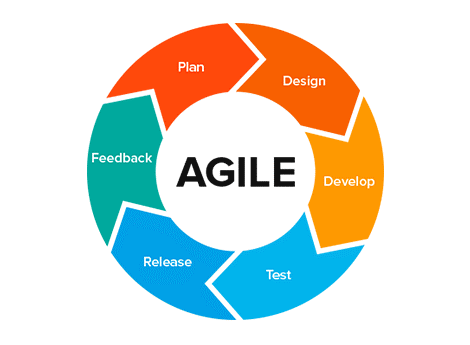 Product testing is viewed as a very essential step before the product is released for the end customer. Depending on the nature and complexity of the product, you should utilize the best testing approaches to find issues and improve product quality with each release.

Automation testing has numerous advantages over manual testing because automation test frameworks such as Selenium can save a significant amount of time while also lowering overall costs and improving test coverage. The Agile Testing Pyramid idea might be useful in developing a solid plan for implementing automated software testing. The Agile Testing methodology is a great way to distinguish between standard software testing and testing for iterative development.

In this article, we will learn about the Agile testing pyramid.

From the above figure, you can estimate that the Agile Test automation pyramid is nothing but an inverted ice cream cone. Unlike the traditional approach, the base of the pyramid is stronger since Agile testing quadrants are dependent on automation. As there is more enrichment from the developer team working on the project, there is enhanced engagement between the teams. The core agenda of the testing activity also shifts from finding bugs to the prevention of bugs.

Adopting this approach requires a shift in mindset at every stage within the organization. In Agile methodology, complicated user requirements are classified into various user stories. The whole idea behind creating a user story is looking at a requirement by wearing the shoes of the customer and then looking for ways to achieve it simplistically.

Here are the different layers of Agile Testing Pyramid:

The unit test forms the base layer of the pyramid. Normally, unit tests are written by developers to write test code to validate functionalities developed by them. As the test concentrates on testing a particular feature or functionality, a good developer could come up with a good number of unit test cases in a short period.

Unlike other tests, unit tests are also written to discover bugs, but the data that a developer can derive from unit tests is more when compared to other types of tests. The developer could get information about a particular side effect that the code could have on other features, the origin of the issue, or details about where in the code the fault issue has occurred.

Most modern applications support third-party developers to develop an ecosystem around the product or application. It is possible by exposing APIs and Web services to third-party developers. This is because APIs have no dependency on the UI layer. Testers can make use of this API to come up with unit tests to verify underlying features of the product. Although the scope of API testing might vary depending on the type of project or application,

Advantages of the Agile Testing Pyramid

Now that you are informed about the blocks that constitute the pyramid, let's have a look at some of the high-impact advantages of this model:

With fast-changing business scenarios, time to market is crucial and any delay in project deadlines could result in a significant amount of loss to the organization. Instead of the traditional testing model, the Agile Testing quadrants could be used to enhance overall productivity, reduce time to market and improve the overall quality of the end product.

As the goal is to cut costs and improve quality, using the Agile Test automation pyramid could be helpful to achieve the best results from every layer in the pyramid. The productivity and turnaround time could be additionally improved by making use of a cross-browser testing platform that can minimize the time required for various tests. It is suggested that you carefully chart out each user story while planning to implement an Agile testing process.