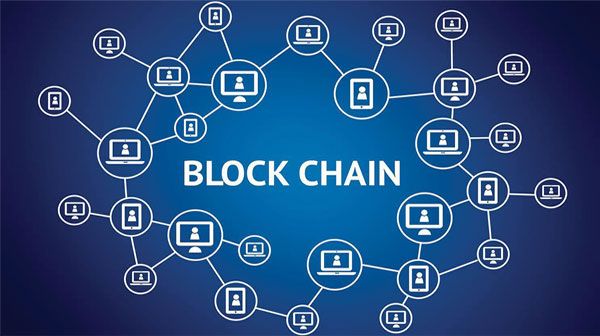 In the traditional applications or web services, a client-server framework is followed, in which the client makes a request to the server for some service and the server which is hosting the service respond by providing the requested service.

Here the dependency of the whole system is on the server. If anyone wants to make unauthorized access to the system, then all he needs to focus on is the server. By just penetrating one server all the client’s and the system’s data can be compromised.

So to deal with these shortcomings, Blockchain application also known as Decentralized application is being developed.

What is a Blockchain Application?

A decentralized Application (DAPP) is just like any other application, the feature that makes them is that they are powered by blockchain technology. Traditionally a developer used to develop an application for an Android or iOS operating system, but for DAPP they need to build the application based on the blockchain infrastructure.

It is possible to write the code for the front end and user interface of the application in any language that can make calls to its backend. It’s the decentralized peer to peer network on which an application’s backend code runs and all the information about the operations of the application are stored on the blockchain.

In many cases, the code of an application is open source and is stored on the blockchain. It allows anyone to use it and customize it as per their need. But this customization will not affect the original code.

Advantages of a Blockchain Application

Below are the advantages of a blockchain application:

1. The first advantage of DAPPs is autonomy. By this, we mean, that it’s the user who is making the agreement and needs no lawyer or a third party for it.

2. Since all the documents provided by the users are encrypted, so there are no trust issues with them.

3. There is also very little possibility of data loss because in blockchain your data is duplicated multiple times and it will be available in a different place in the encrypted form.

4. Blockchain applications can also be considered accurate as the smart contract are prepared by machine so they are free from any sort of human error and even if there is some bug in the system then it can be fixed by the developers.

Following are the points that mentioned the need for blockchain application testing:

1. When a block is added to the blockchain then it stays there forever and if any attempt is made to change the data stored in a block, then the subsequent blocks on the chain turn invalid.

So to prevent this situation it is very important to make sure that a new block added to the network in the right way, because it cannot be changed later.

3. A blockchain application performs a lot of transactions that go through a sequence of events like validation, encryption, decryption, transmission, etc. and hence it is very important to make sure that every stage is working correctly.

4. Some of the important things to test are block size, chain size, smart contract. The load handling, data transmission and security are very important to test.

Below are the phases of blockchain testing:

This phase involves the analysis of system architecture and the functional flow of an application. Here, the scope of the testing is also determined, along with the identification of the element that needs load and security testing.

At this phase, the approach to be followed during the testing is determined. It is also planned that which tools and automation will be required.

At this stage, the transactions and contracts are mapped to the blocks. Test payloads are created to perform a data transmission test.

At this stage, the verification of the blocks, smart contracts and transactions is done. Testing like functional flow testing, load and security testing is performed.

Following are the tools:

Ethereum is simply a testing library available in the form of a GitHub repository. It is an open-source framework, so its setup is easy relatively. It also provides good API support for fork (Homestead, DAO, etc.) mining, and also provide testing services for critical functions.

BitcoinJ is a framework for bitcoin-based apps. This framework is based on Java and allows testers to interact with the real BTC network and test transactions. Even it is not necessary to download the standard Bitcoin core file from Bitcoin for being able to start using BitcoinJ. It also has a user forum, where you can ask for help, to guide them in a difficult situation.

Populus has ethereum testing functionality, with the help of a specific set of features for the deployment of test contracts. Since it is built on the py.test framework, so it is easy to implement.

Truffle provides various testing features like automated contract testing in one place and is generally used by the Ethereum developers. This framework is capable of testing more than just the functionality of an application.

The main focus of Embark framework is on developing decentralized applications that can run on multiple computers or nodes. Embark is integrated with the Ethereum blockchain, IPFS and other platforms like Whisper and Orbit.

Hyperledger is an open-source tool that can be used to model and test a blockchain network with a help of some minimal tools like Docker and a browser. Hyperledger composer is the framework that makes it all happen. It helps in developing blockchain applications with the help of a modelling language, a UI (Composer), a Command-line Interface. It allows performing automated system tests, interactive testing, and automated unit testing.

Blockchain technology is going to be present in every field in the coming future. Enterprises have increased their investment in this technology because of its future scope in improving the processes like supply chain. Blockchain application will not only improve the security of user data but will also prevent manipulation or loss of user’s data. A system with so many capabilities will also have some weaknesses and that is why Blockchain application testing is important to remove them and make it more reliable.