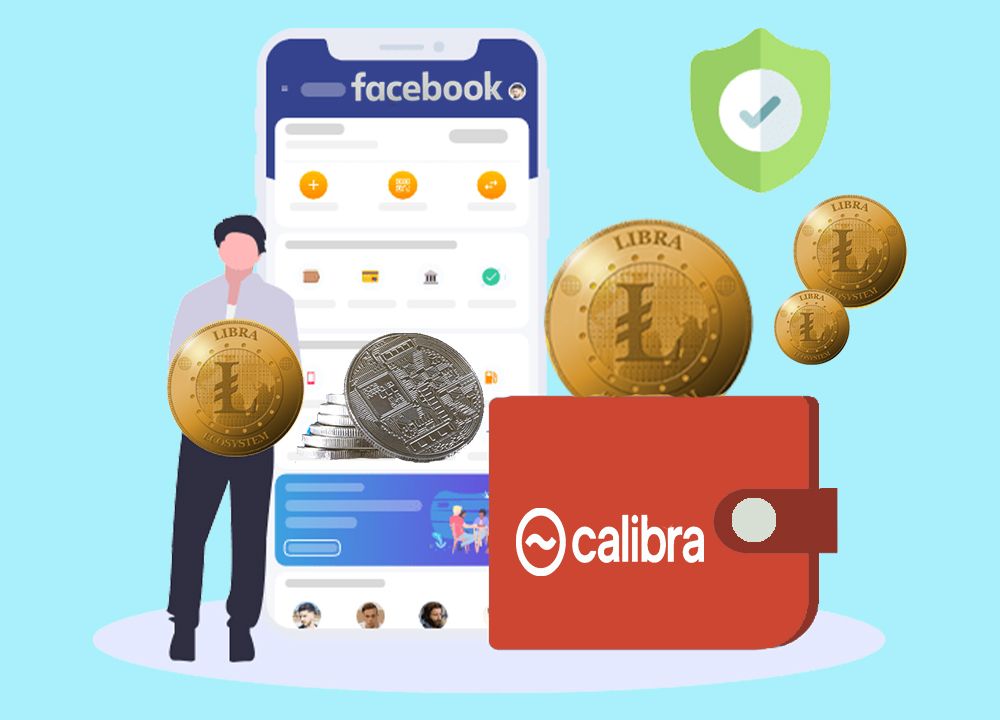 Calibra And Libra: Everything About Facebook's First Digital Wallet and Digital Currency

If you’re wondering about Calibra and Libra, you landed in the right place! Nowadays, digital wallets and digital currencies are common everywhere. Because of their various advantages, everyone is now investing a lot in these two. Digital currencies ensure all-round security and are easy to convert and transfer. Hence, seeing a good opportunity in this, Facebook launched its own digital wallet, Calibra.

We create it to provide financial services to people around the world. This digital wallet comprises Libra, a digital currency or crypto-currency. We base it on Blockchain technology. The overall goal behind all this is to make everyone digitize. Facebook wants people to do all their transactions without cash. This includes paying bills, buying a cup of tea, etc.

Facebook says that from the beginning, people will send Libra currency directly to anyone’s smartphone just like they send a message. Also, this service will apply to Facebook’s two most preferred apps, Messenger and WhatsApp. Now, let’s dive deeper into these all.

What are Calibra and Libra?

In simple language, Calibra is a digital wallet, and Libra is its currency or cryptocurrency. It’s that simple! For a clearer understanding, consider PayPal. As we all know that PayPal is an E-wallet that stores Indian currency, Rupees. Reserve Bank of India (RBI) regulates this currency. Therefore, here, PayPal is equal to Calibra, and Libra is equal to Rupees. The only difference is that the Libra association regulates Libra. This Libra Association comprises Facebook and other organizations.

Kevin Weil, vice president of product at Calibra, writes Calibra’s two main goals: securing your money at zero cost and enabling you to transfer it from smartphone to the smartphone. He further says that the user will have to sign-up with a government ID. Calibra also ensures that it will disclose no public information with the advertising divisions. Therefore, Facebook’s and Calibra’s account data will be separate.

How is Libra different from Fiat currency?

Second is that there are no taxes while using Libra currency. But with Fiat currencies, taxes are always present. The Libra association regulates Libra, while the government regulates Fiat currency. So, these are some common differences between Libra and Fiat currency.

How does Libra work?

I assume that you all are aware of Bitcoins. If yes, you must have read that cryptocurrency is all the way struggling to cross $10,000 mark. So, Libra aims to solve this problem. It aims to become the most stable form of virtual currency by having a set of assets like bank deposits and government securities. These securities are provided by some big companies and firms. So, all these companies and organizations will pay $10 million each to become founding members of the Libra Association. So, in this way, Libra works.

It bases Libra on a permissioned Blockchain. Only a handful of people can change it after they get 2/3rd of the consenting votes. So, in this way, Libra is secure.

Will Libra be launched in India?

Facebook, as of now, is not launching Libra currency in India and US countries where crypto currencies are banned. Some other countries include China, Iran, and North Korea. So, this is all about Facebook’s digital wallet Calibra and digital currency Libra. In the coming years, it will take over every other digital wallet or currency.