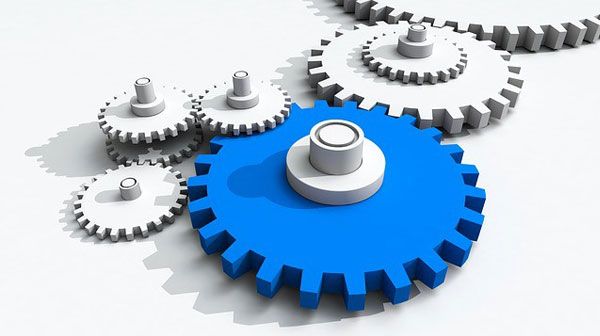 Component-Based Development: The Definitive Guide to Making a Scalable Frontend

Almost every company globally, from tech giants to service providers, relies on that application development for shipping and marketing their products to billions of people. A single organization can create and maintain dozens or hundreds of applications for building products, managing work, engaging customers, driving marketing, and increasing revenues.

Modern web technologies like components can enable organizations to speed up the development of web applications, create a simple and decoupled code basis for autonomous teams, allow smooth integrations, increase the number and pins of independent releases, and allow more code reuse. Component-based development involves embracing components as the new primitive of the web and tapping into their modular power for achieving better speed, scalability, and standardization for web application development.

That owns well-defined features or products.

Where Teens would develop their components without being delayed and complicated by others.

The team scored levels for updating independent components and their application quickly and modularly.

That lets the team independently and continuously deliver product updates and fixes without waiting for fighting overmaster.

Separating development from components will let you build modular parts with a narrowly focused API. It also means it’s faster for Building each component and learning when it’s good enough.

When you require modifying or updating an application, you can extend or update the component instead of refactoring a larger part of the application. You can think of it as performing surgery on a specific organ other than the whole body.

You can use components and extend them to build multiple applications instead of repeatedly reading them.

While building modular components, it becomes easier to implement unit tests to validate each component’s focus functionality. You can easily test larger systems as it will be easy to understand and separate the responsibilities of every part of the system.

When a developer needs to dive into a new project, it becomes easier to learn and understand the structure of a defined component than diving into an entire application.

Better modelling of the system

The wireless system consists of modular components that are simple to study, understand and use.

There are various tools worth knowing while aiming for embracing Component-based development, each valuable for different use cases:

If you look at Bit’s webpage, you will find something fascinating — you can see that it is undescribed integrated as a complete modular unit when you hover over a piece. The second is base-UI — The basic components of Bit used to make various sections of the user interface of the web platform itself. Again, these components are owned and developed autonomously by Bit’s coding platform developers.

A collection of open-source tools that let developers construct separate components, resolve their dependency, create apps for them, monitor the independent build process, release and publish each component, and so on. Bit offers greater speed, scale, and efficiency in developing modern web applications by supporting Component-based software engineering. The development process is accelerated through the modular creation and composition of components, the number and rate of team releases are increased, maintenance costs are reduced, and the burden is reduced via separation of concerns, and the development process and organization structure can be more scalable. In making web development more effective, Bit’s key advantages include:

It boosts the organization’s speed of web development. It offers teams the capabilities to design, build, upgrade and manage components in their systems efficiently.

It helps standardize the component creation process. In addition, it offers the organization tools for defining and regulating the creation of components, such as customizable component development environments and automatic workflow.

Bit enables the company to design a flexible team structure that allows teams genuine independence from development to production across their features. As a result, teams may build components separately from one other in their codebases, release innovations regularly, and effortlessly expose and integrate components.

Each team works in their codebase independently, separated from other teams, and separated problems that facilitate the building, testing, and maintaining of each codebase.

Bit assists teams in increasing the quantity and tempo of production releases. It utilizes components to release teams from each other in the continuous delivery process to update, update, or correct updates again every day.

A small team with the capacity to make choices and steadfastly achieve its objectives is considerably quicker than a bigger group to provide outcomes and insight. After all, who understands better than the team that owns the product consumers and problems?

It makes all components reusable throughout the organization. It provides developers with tools that share their components with others extremely quickly and reuse parts that others provide for themselves.

It allows companies to experience the advantages of modular software construction. It won’t damage the whole program if something breaks, and it can be replaced, changed, or fixed much simpler.

Eliminating bugs and glitches in production

Bit offers tools so that every component passes via a standardized and automated pipeline for typical operations, such as construction, testing, etc.

Reduction of cost, resources, and effort

It saves enterprises a lot of web development time, resources, and prices.

We commonly adapt our project to the framework that we use in front-end development. While we live in an ecosystem, it is frequently not scalable for the future. When we look at existing concepts, Component-based development may change our vision to the front-end issues. By searching for front-end designs for what they are, we may construct a tiny, large, or tiny scalable architecture.