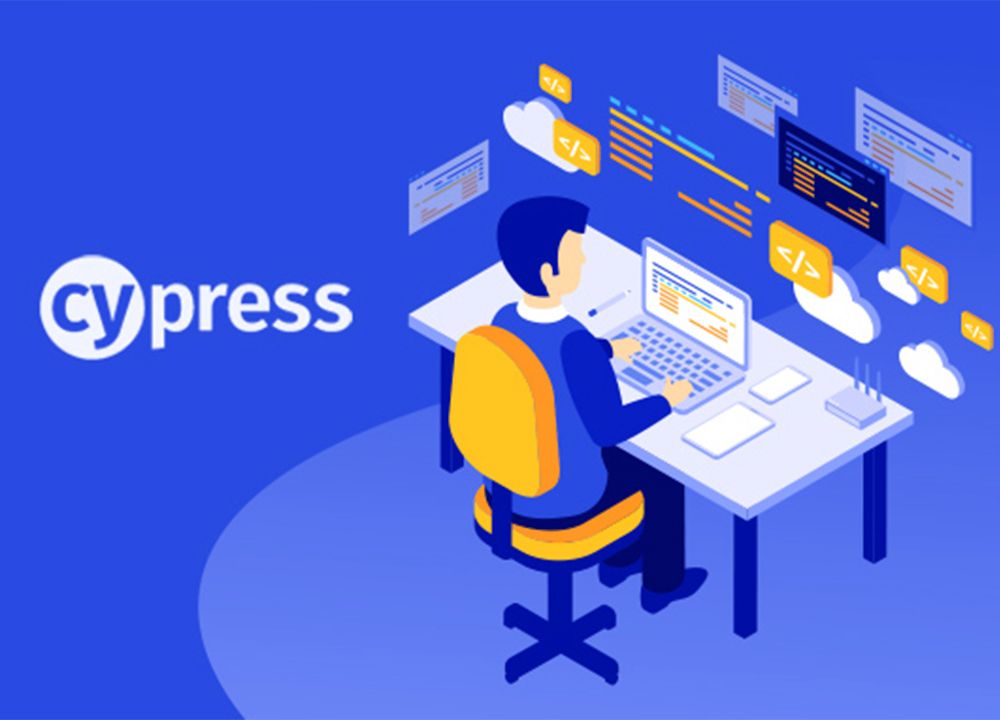 Cypress web automation is a front end developer-friendly end to end testing Framework design for testing our web apps. This framework was built by developers and for developers’ audience. While this framework is relatively new, it is already building traction. Complimenting the leading Selenium WebDriver framework comes with various language bindings and is also built on great architecture. So the question arises which automation tool is best for web testing? Cypress web automation benefits its uses in different ways from the creation phase through the execution abilities. Cypress is written in JavaScript, which is the main language used by the frontend developers team.

Cypress has a lot of advantages as a test automation framework. Let’s see some advantages of Cypress testing:

Cypress is a more Universal tool than other automation tools. It is written in JavaScript and runs in a browser using node JS. It makes Cypress web automation a fast and reliable tool for testing almost every kind of website and not the only ones written in JavaScript. So it would be a great choice if we want to test applications built-in, for example, react, angular, vue, elm, etc. Test code in the Cypress automation tool is executed inside the browser so that the language the website is built in could be compiled with JavaScript.

Unlike other testing frameworks, Cypress does not run outside of the browser executing remote commands across the network. It requires the same run loop as our application instead. Using the built-in node.js server, it could read and modify web traffic while operating on the network layer of tests running in the browser. We could test anything that runs in a web browser also; we could also implement Cypress trees to run on a mobile WebView. The only II restriction is the ability to perform tests on the chrome browser as it could be a problem if we like to test our applications with a wide range of browsers. Still, it could also be overcome by using additional tools, browser, and device farms.

While using selenium, we should remember that it has always been challenging to choose sound libraries or dependence is required for a specific project. With Cypress, it becomes far simpler; if we have never use JavaScript, we are almost ready to go. Based on node.js for installing Cypress, we are just required to execute npm install Cypress, and we are all set up. All provinces are already in place for a standard installation. We do not need any additional libraries, testing engines, servers, drivers, wrappers, etc. Our choice as it will be totally up to us.

3. First, to Implement and Debug

Cypress automation tool makes it easier for JavaScript developers to commencing automated testing and has a very approachable tool for experienced QA engineers. Cypress’s domain-specific language is not purely in JavaScript but is very easily readable and understandable and is very similar to other testing tools. We can also create our methods and functions using JavaScript and share them all across the framework.

Debugging in Cypress is also a very easy task. Operating within power application, Cypress grant access to every single object that simplifies error analysis. We can debug our application directly with Chrome development tools while the tests are being administered in a browser. But that is not all it offers when a test fails; it gives a readable and sincere error message and even some suggestions on how we could change the implementation. We will also be given the power of making screenshots after every test fails or any moment of our test we want, which enables us to time traveling back to the state when commands ran.

Executing Cypress automated test is a very fast procedure as it automatically waits for DOM additional weights, not implicit, are explicit. So does cypress support cross-browser testing? Cypress follows everything in our application synchronously as it knows when the page is being loaded and when the details send events. That’s why Cypress could wait not only for features to be visible on the animation to get completed but also for different applications to be sent or returned.

Cypress could also execute most of its commands inside the browser, so there shall be no network lag. Tests should run as fast as the application is capable of rendering. Cypress utilizes test assertions to establish the desired state of our application to handle the testing of dynamic and modern complex websites. Before moving on, it expects automatically for our application to reach its state. It is a huge difference for comparing it with other testing tools at selenium. Using Cypress, we will not need it to start our test again after every file saving as it will automatically trigger the run in our browser. It could save a lot of time for us.

Cypress empowers us to write several types of tests: end-to-end test, integration test, and even unit. However, it is not a tool designed to write any of them specifically. Merging them is the real power of this framework. In Cypress, we have the control and ability to verify the behavior of functions or server responses, just like in unit testing. The ability to send and check back-end requests in Cypress is one of the greatest benefits of this framework in end testing. Therefore, we cannot combine any other libraries or API testing as we can send requests on the fly while testing front and applications.

For example, using Cypress, we can take shortcuts and code a function for automatically logging in with the right before pushing the frontend application upon login. But that’s not all; taking examples from unit testing in Cypress, we can also use stubs and marks for imitating back and behavior uneven modifying some elements directly two mirror application state that we require in our tests. This ability shorten the running spec time and limit test logic to the test scenarios real purpose.

So here was the answer to which automation tool is best for web testing? All these characteristics make Cypress web automation a convenient and user-friendly testing framework for professional engineers and developers who have just started with creating an end to end test. Like any other framework, Cypress also has its limits, such as running only in the Chrome browser, but this will not be considered a deal-breaker in most cases.