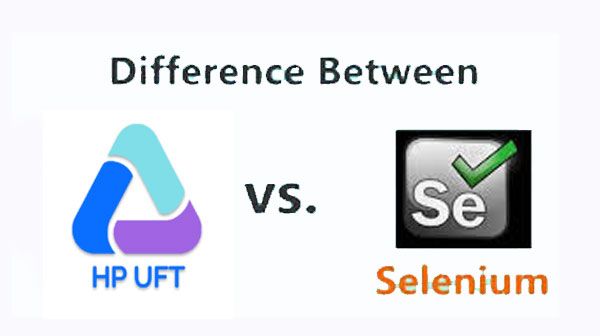 13 Difference Between Selenium And HP UFT

In earlier times, the testing process was completely manual and the effectiveness of the testing used to depend upon the quality of the tester. As we all know, human is prone to error and hence the testing phase used to complete with many bugs left undetected. It is not the only problem, manual testing is also a very time and efforts consuming process. With the advancement in technology, it is possible to automate the hectic tasks of testing by relying on testing tools.

Two of the highly popular testing tools available in the market and widely used by development teams are Selenium and UFT which stands for ‘Unified Functional Testing ‘. Software Developers are always in a dilemma when it comes to choosing the best test automation tool for them between Selenium and UFT. In this article, we will discuss the difference between Selenium and HP UFT, so that you can come to a conclusion that which is the one your project needs. Let’s first know about them individually.

Selenium is an open-source software used for automating the tests performed on web browsers. It is one of the easiest tools for automating the testing of web-based applications. The major advantage of Selenium is that it supports multiple languages like .NET, Ruby, Perl, PHP, Java, JavaScript for writing tests. It allows the testing team to work with the programming language they are most comfortable with. Along with that, it is also to implement the test cases using it. It is possible to access its services from different operating systems like Windows, Linux, Solaris OSX. Many testing teams use this tool because it’s easy to learn.

Below are the features of Selenium:

1. Selenium is a cloud-based testing platform, so testing an application is easy from anywhere around the world.

2. In this, the test scripts are written in languages like Java, Python, C#, Ruby most programmers are comfortable with.

3. A major feature of Selenium is that it allows parallel testing, hence multiple tests can be executed at the same time.

4. Selenium requires only a few resources for its functioning.

5. To use Selenium, the tester does not need to install the server.

6. The major components of Selenium that allows good testing is

UFT is an automation tool used for performing functional testing at a faster speed. Its original version was developed by Mercury Interactive, which was later acquired by HP and was known by the name Quick Test Professional (QTP). HP sold it to Micro Focus and hence now it is recognized by the name UFT. Because of its embedded AI-based capabilities, this tool provides intelligent test automation for desktop, web, mobile, mainframe, composite, packaged enterprise-grade apps.

Below are the features of UFT:

1. It allows accelerated end to end testing of omnichannel apps in one place. It has been designed to support more than 200 apps. It also supports environment like SAP, mainframes, Salesforce, PDF, Java, Citrix.

2. It’s AI technology that helps in simplifying and improving the creation, execution and maintenance of tests.

3. Its capability to test both the front end and backend of software increases its test coverage across UI and API.

4. With the help of parallel testing, cross-browser coverage and cloud-based deployment it is possible to test more in less amount of time at a high pace with UFT.

5. It also helps in ensuring continuous communication through the steady flow of information among the teams.

6. Its DevOps enabled toolchain for continuous testing helps in CI/CD and version control.

With the differences mentioned above, we think now you will be able to choose the winner in the UFT vs Selenium based on your project requirements. Both of these tools can enhance your testing process.