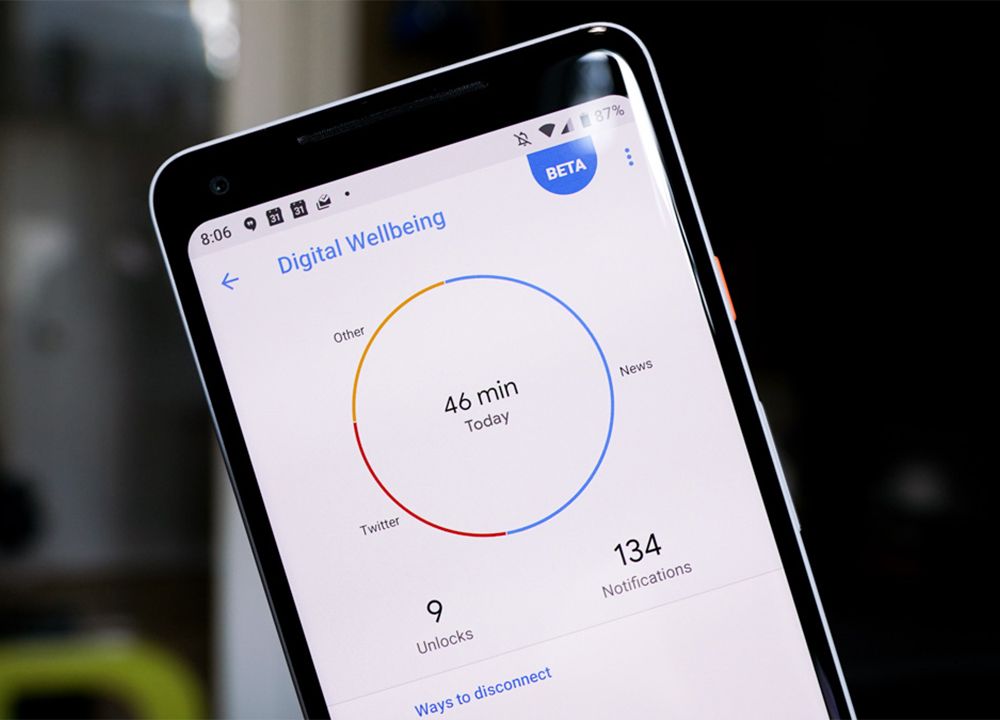 What is digital well-being

Do you know how much time an individual spends on his/her smartphone? How much time do you spend on your device/day? How can you move from a digital world to the real world? Well, these questions are common in today’s world. Nowadays people don’t know the difference between the real world and the digital world. So, let me tell you. On average, an individual spends almost 4-5 hours on his device. Which is not good, according to the doctors for various reasons, and those reasons we all know?

Therefore, in May 2019, Google launched its new initiative for its global audience. Through this initiative, Google wants people to breathe in the fresh air. Under this initiative, Google launched three apps. Those three apps are an envelope, Active Bubbles, and Screen Stopwatch. The last two, i.e. Active Bubbles and Screen Stopwatch, are two wallpaper displays. Therefore, in this blog, we will deal with this Digital Wellbeing feature and its three apps. So, without further delay, let’s start.

What is a digital well-being app?

In simple terms, Digital Wellbeing is an initiative by Google to help its users take control over their smartphones.  Hence, according to Google, it’s not an initiative, but an idea, a lifestyle change. Its main aim is to make people realize that too much of a smartphone/PC/Tablet is harmful.

Today, every problem in teenagers starts because of the excessive usage of the internet & smartphone. Depression, anxiety, unnecessary anger, etc. are all because of the excessive use of the smartphone. Around the world, many doctors feel the same. Now, no one can ask anyone to keep a smartphone aside for a day/week/month/year. Therefore, the only solution for this is this Digital Wellbeing. It shows how much time one spends on the device. Plus, it also tells the user when it’s the right time to switch it off. So, Google’s main idea behind this was to help people move into the real world from the digital world.

What is the use of digital well-being?

What is digital well-being on my phone?

Do I need digital welding app?

What is Google’s digital well-being?

What is a digital well-being feature?

Under this initiative, there are three applications with the same idea. That is to help people move out of the digital world. The three apps are:

Therefore, in the rest of the blog, we are going to discuss all these.

In simple terms, an envelop is a piece of paper that covers the entire screen. Therefore, now the user can only take photos and take calls. Let’s go into the history of this envelope. This app is designed by a UK based product design studio, Special Project. In fact, this is not a digital app. Instead, it’s a piece of paper to cover your phone. But, this is only available for Pixel 3A users now. Therefore, to use it, just download the Envelope app and download one from there. It’s the actual envelope template. After printing it, just fold it according to the size of your smartphone. That’s it!

Now, using this envelope, you can do only two things. First, make calls from the printed buttons that light up. This is because the device’s touchscreen will keep working as normal.  Second, take photos from the lens cut-out. Moreover, the source code for the app is available on GitHub and is open-source. Therefore, anyone can customize it according to their taste. So, that’s all about this envelope app.

This is a wallpaper display for smartphones. The working of this feature is simple. Every time you will unlock your device, this app will add a bubble on the home screen. Therefore, more unlocks mean more bubbles. Suppose you unlocked your device 5 times a day. Hence, you will find 5 active bubbles on your home screen. Accordingly, you can manage your device’s usage.

This is similar to the Active Bubbles. This is simply a home screen stopwatch. It counts up every time the user unlocks his/her smartphone. Thus, that’s all for today’s blog. This digital well-being initiative is for the well being of the users. But, you need to take some steps to take off yourself. Limit your social media usage, fix your schedule, etc. Therefore, it’s the right time to move from the digital world to the real world. By now you must know what is digital well being and digital well being and parental controls.