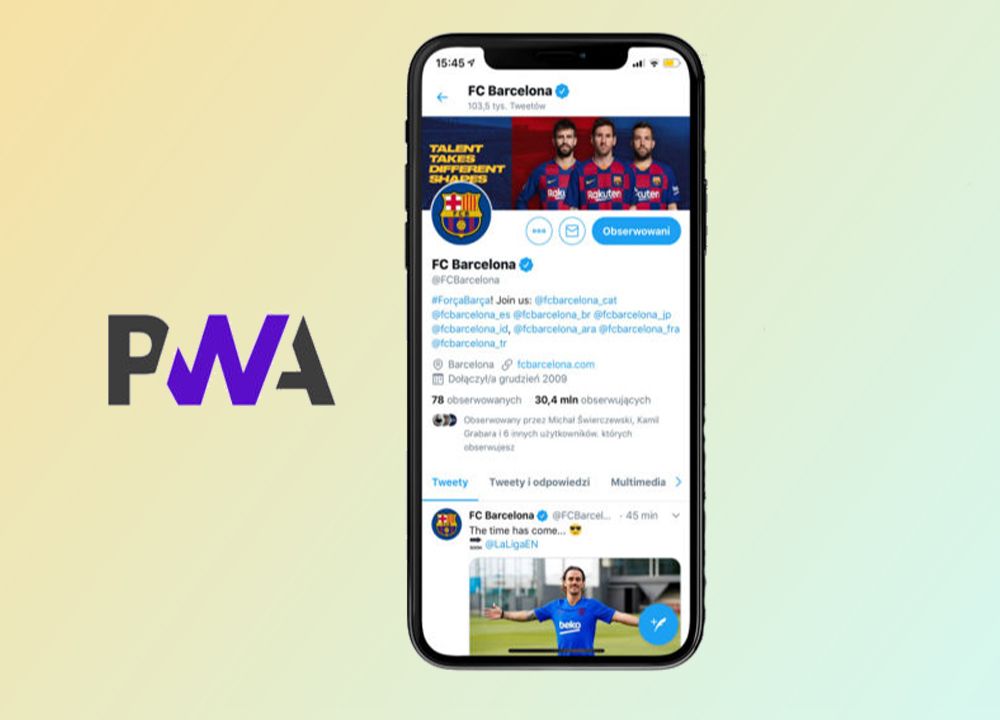 If you belong to the iOS world, you probably know what a progressive web app (PWA) is. PWA is basically a website that acts and behaves as if it’s an app. The designer Frances Berriman and Google Chrome engineer Alex Russell coined the term in 2015. The absolute goal of PWAs is to minimize the differences between native apps and the mobile web by bringing functions of native mobile apps to the mobile browser.

What is included in the iOS 13 update?

So, what are the advantages of PWA iOS 13? We will also delineate In detail the Progressive Web apps examples and progressive web app framework.

The app’s life-cycle has been improved a lot

If we consider the app’s life cycle of PWA in iOS 12, it was buggy. Its implementation came off like an incomplete version of the operating system. For example, the users experienced blank pages in the app switcher. Some experienced no support for the background code execution. Also, the app’s state cleared off while swapping between two apps.

In iOS 13, the scenario has changed. Now, the state of the app is reflected in the app switcher. But still, there are some restrictions on the background code execution when it comes to the timers. So, it’s fair to claim that PWA on iOS 13 works identically to a native app.

Adding to the home screen is different

This is one of the most lacking features of iOS 12 and below. But thanks to iOS, who has brought a new share sheet. Its design differs from the older one and to reflect this, update your app from the iOS store. This makes it easier to identify what you’re adding to your home screen.

The arrival of the dark mode

If anyone wanted a solid reason for upgrading the iOS version, dark mode is that reason. And why not? This dark mode has received praise from the major tech services plus from the beta testers. Various native app developers revamped their apps with the dark theme much before the authorized the release of 13. So, this dark theme is the reason for updating your PWA on iOS 13. The only con observed is that you can’t alter the app’s icon depending on the current theme.

The motion sensor API got safer

IOS 4.2 first supported the motion sensors like accelerometer and gyroscope and everyone had access to it. But owing to some unethical usage to create digital fingerprints of the users, almost everyone started turning it off in their devices as a precautionary measure. But in iOS 13, there’s no need to do it. This is because, now, the app needs to ask for permission to use any motion sensor. Hence, you have to update your app to display such a request.

Due to pointer events, you can tell what is progressive web apps. This is awfully useful on iPad OS where the user uses either his/her finger or an Apple pencil or even the classic mouse. Also, PWAs are publicly observed now, thus making the development cycle simpler. On the contrary, some features are still missing. You can’t open any external link in Safari. Also, in iOS 13, the 3D touch is still absent. Subsequently, support for 3D touch in web apps faded away in iOS 13.

Wrapping up on what’s new on PWA on iOS 13

Hence proved that changes are evolving, but slowly. The development of PWA for iOS is way difficult as compared to that for an Android. But still, you can extract some benefits from these PWAs for your business, no matter whether you are iOS or Android.