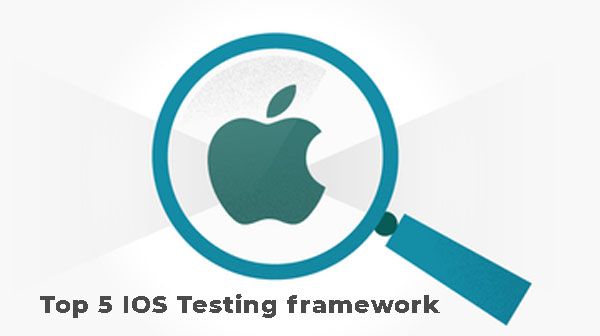 This article will address the widely used iOS testing frameworks in the developer community. It will also allow users to make more informed choices about the system that is most appropriate for their requirements. Constant developments in the field of application development have given us hundreds of new technologies and frameworks, each built to make development simpler and faster. The same is true of the iOS testing tools. iOS automated Testing systems have become an inevitable part of the life cycle of production as they help to refine the entire test process and ensure that quality requirements are met.

With the spread of iOS devices year on year, the iOS performance threshold is higher than ever before. More businesses like startups and small and medium-sized enterprises do not find it financially feasible to buy every piece of iOS devices with different OS versions and HW specifications. On the other hand, checking applications or games manually is no longer an ideal choice for the QA method due to low productivity and scalability.

While iOS is still a more restricted operating system as opposed to Android, several open-source test automation frameworks and tools can be used to build robust automated testing. With the support of a cloud-based testing solution, it allows developers/testers to check app quality more effectively in a flexible manner and makes it easier for iOS to test tasks. As per the build fire report, there are 2.2 million applications available in the Apple App Store. With fierce demand in the mobile industry, iOS developers need to use the best iOS testing platforms to carry out flawless applications.

Appium is a popular open-source test framework that allows QA engineers to automate cross-platform (Android, iOS) mobile applications. In 2011, Dan Cuellar created the Appium System in C#. It was opened in 2012 and the first version of Appium (Appium 1.0) was released in May 2014.Utilizing Appium, QAs can test native, hybrid, and mobile web applications on virtual networks as well as on iOS emulators and simulators. QAs could also choose to optimize their application tests in any programming language of their choosing. Appium uses Selenium WebDriver APIs and language-specific client libraries, making it possible to code in different languages such as Java, Python, JavaScript, PHP, and more. It also provides direct access to test code backend APIs and databases that improve flexibility.

Built-in synchronization is a key feature that requires test scripts to wait for particular UI events to occur before communicating directly with the UI program. EarlGrey automatically syncs with UI and network requests; however, it still requires the user to manually enforce custom timings.

Both XCTest and XCUITest are Apple’s essential automation frameworks that are delivered with Xcode to test iOS applications. XCUITest is an Apple User Interface (UI) research system that is designed to the top of XCTest (a unit testing framework). XCUITest has additional classes for improved UI testing (such as UIAccessibility). Users build test cases in Swift or Objective C. Both of these test scripts are bundled in the IPA (iOS packaged application) runner. This IPA runner then runs the IPA AUT (Application Under Test) test scripts.

OCMock is a strong mock object testing library used to build stubs in an iOS app. Mock objects play a vital role in software testing as they allow the QA engineer to simulate the actions of complex, real objects. There is no built-in Xcode support for Mock artifacts. OCMock is therefore used as a special library. This library is provided by Objective-C. OCMock makes it simple for the consumer to incorporate mock artifacts in existing test cases.

Similar to Appium, Detox is an end-to-end automation system for cross-platform mobile apps research. It’s only downside is that it does not support testing on real iOS platform computers, but does so in the case of Android.

Before choosing an iOS unit testing framework, spend some time researching and checking its pros and cons. The optimal structure is one that suits the skill set of the user, the level of comfort, and the outcomes that the project aims to achieve. Also, note that the research system is just as successful as the instruments used to test it. As far as possible, testing on actual devices will expose vulnerabilities that can arise when end-users navigate the software. When it comes to operating in real user environments, nothing exceeds the benefit of testing in a real system cloud.

While iOS app testing is completely different from Android app testing, you can use either Appium or Calabash to build test scripts that can be used to conduct cross-platform testing. That being said, each structure has its benefits, and each one of you has different requirements for the projects you are working on. It is suggested that you do some more study, learn more about each system, and choose the one you’re comfortable with.