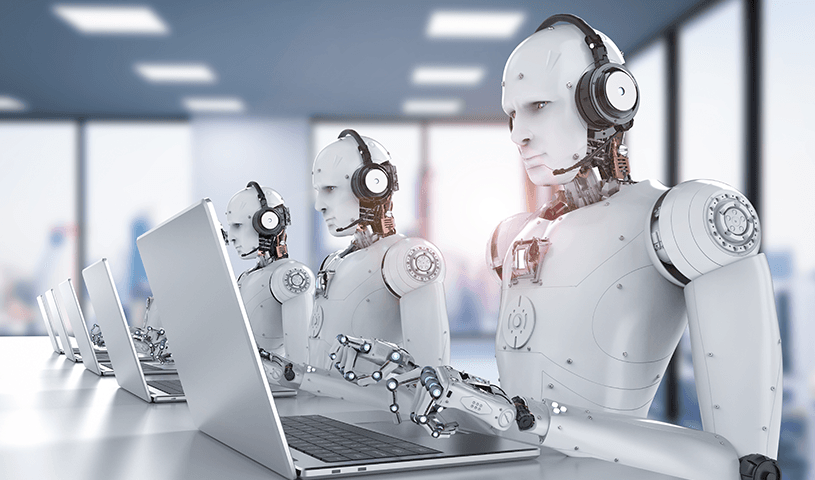 Is Automation In Workplaces Leading To Job Losses?

There is no getting away from automation in the workplaces. If you believe that it will create or eliminate jobs, and there are very strong reasons for both. There is no evidence that automation will define the future of work. How it will change in the long term remains to be unseen, but now many tasks and functions are being changed and mutated with automation driven by Artificial Intelligence(AI) and Machine Learning(ML):

Research organizations and private companies are researching the issue to access the influence of automation in the workplaces and society in general. Recently, Forrester has outlined their position in a new guide called the Future of Work. With the growth of workplace automation and intelligence technology such as robots, AI, machine learning, and others, The practical search for margin is proposing a speed of change and possibility not seen since the industrial revolution.

According to data presented by Forrester, job losses will exceed job creation by the year 2030. The entire process of automation is being driven by consumer demand, and it is doubtful that it will slow down anytime soon. Customers continue to demand more value, leaving companies in a constant state of transformation, united by the economy and tensions between globalization, localization, transparency, data security, and ethics.

All are multiplied by the acceleration of automation in the workplaces and intelligent technologies. This will put employees and leaders at odds, despite the tough transition ahead to redefine humanity as a culture at work and home, where humans will be able to flourish.

This issue is disrupting the digital workplace. If we take marketing as an example, then from a marketer's point of view, automation in the workplaces is indeed disrupting traditional manual jobs. Many companies are building e-commerce stores.

Previously, they had jobs to create and were used to send quotes to their clients manually, creating and sending out invoices after the job was completed. E-Commerce stores will reduce the number of jobs required to create and send out these quotes as invoices because everything will be performed automatically using the software.

The role of digital marketers is being disrupted, and while workplace automation and AI are welcome bonuses, they also require changes in the digital workplace. This is because:

3. Change is Not New

Workplace automation definition will have a sensible, systematic, and serious impact on jobs, economic disparity, global markets, and how work is performed. Nevertheless, similar kinds of arguments are not new. The same can be said of the automobile, the desktop computer, the telephone, and many other disruptive technologies of the past.

These technologies didn't result in major changes to the workplace, but they did change it automatically. Automation is the same, and we need to see new alternatives for the future of work emerge, but not in the way that most people think.

It is believed widely that human touch, cross-domain knowledge work, teaching explaining, and digital e-learning work will continue to see growth while single domain knowledge, physical and location-based work will shrink. Forester predicts that people will lose 29% of their jobs by 2030, while creating only 13%, for a net loss of 16%.

Nevertheless, arguing that automation in the workplaces when augmenting with physical labor makes it more productive. It very rarely replaces it completely and suddenly. What it does is change the mix of tasks that physical laborers should do to their benefit. It is challenging to see that workplace automation definition was never designed to replace or upgrade tasks that are pleasant to perform. Therefore, if these predictions were true, they would be welcome.

Another commonly held belief is that industrialization would widen wealth disparities, with the digital elite reaping large profits as digital workers lose their employment. In the next years, being realistic about the limits of reskilling, guaranteed income, and other government initiatives will be a major policy priority. The digital Elite will earn returns on what exactly? If you ask any digital elite how many student loans they have grown, you will find out immediately that this particular dividend has already made some universities very well off.

The final belief is that technology will disrupt outsourcing or offshoring and leave a previously favored low-income economy in the dust. Automation will make manufacturing less expensive, localize automated manufacturing, and it will also replace low-skilled knowledge work outsourcing. However, automation is going to make the biggest impact on productivity, which is by making workers more productive. If the work has been outsourced, it is because the potential there matches the wage paid and because the wage that would be paid here is not.

By automating some tasks here and raising the productivity of those workers, the wages paid to workers would be the biggest challenge with workplace automation and will come back in line with the productivity necessary to keep the jobs here.

The future won't be with AI or without AI but rather an active hybrid future. Human collaboration is where it's at. The technology currently works best in hybrid structures that allow humans to become experts in complex problem solving, emotional intelligence, and data analysis.

In order to prepare for this hybrid model, agents must be knowledgeable in both basic and high-level issue identification and have a thorough understanding of their business products. Executing a strategy for adoption is, perhaps surprisingly, not about technology. Management should identify the needs of impacted people, tools, and processes to create a plan for addressing changes. While talking about automation in the workplaces, we are usually concerned about losing our jobs. But that won't happen anytime soon. Yes, some jobs will be eradicated from the job market, but new positions will be open too.

Some jobs can never be replaced, such as psychologists and doctors, who will always be needed, and customer support cannot be completely automated. A new era of work is coming, but it doesn't mean that workers will be coming home jobless. The new job market will maintain more humane skills like imagination, empathy, and emotional intelligence.