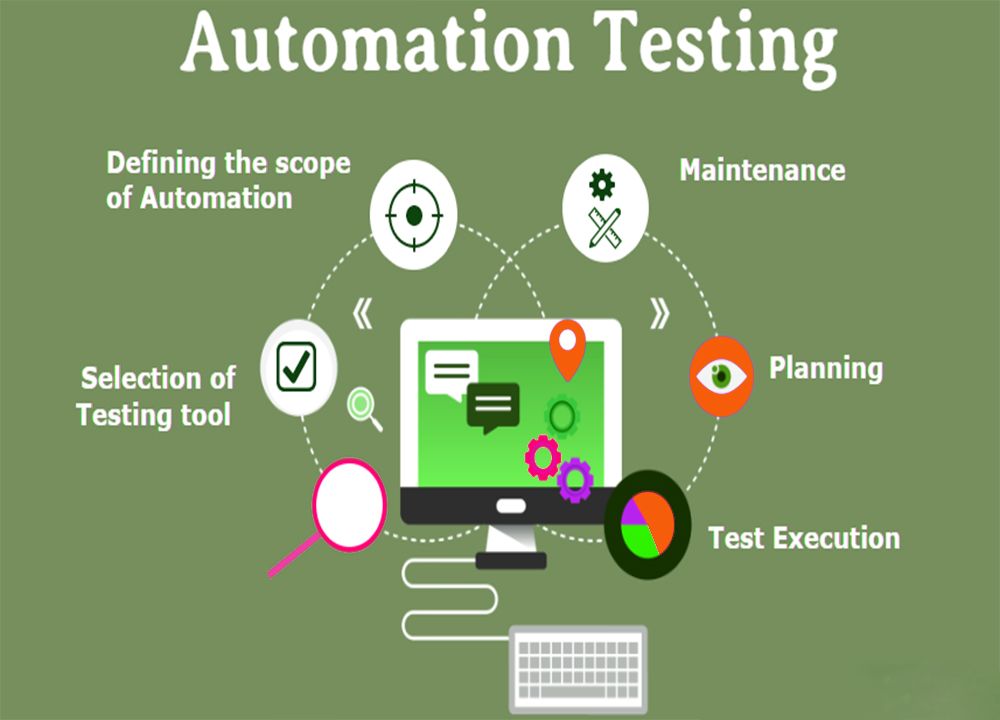 Automation Testing Tools Is A Necessity In Software Testing

Computer testing tools or automation testing tools are typically used by a software tester. The difference between a tester and a real user is that they will know only partial use of the program that is used for their company or their activities, and they will not know the software entirely. The tester, on the other hand, would be aware of all the technical and functional specifications of the program. Test plans and test cases would have to be planned based on the client’s requirements.

Test automation cannot be carried out without good automation testing tools; since they decide how automation is implemented and whether the advantages of automation can be accomplished. Test automation tools are a core component of the DevOps toolchain. Current test automation developments have increased in the application of machine learning and artificial intelligence (AI / ML) to include advanced test automation, insightful test generation, implementation, and monitoring capacities.

Software testing can be tedious, and automation testing tools can easily take repetitive action and at the same time minimize the possibility of human error. Automation testing makes it possible to find vulnerabilities during the early stages of the life cycle of the program. The test plan is nothing but a comprehensive plan of how the test process is to be carried out. It will provide full information about the number of resources and sources involved in research, what to do and when to do it, what will not be done, and the culture in which it will be carried out, etc.

Test cases should be planned after a clear understanding of the molecular and technical aspects of the program. The project manager must have the high observational ability and full knowledge of the program. Also, cost plays an effective role here. Customers tend to embrace applications of the highest quality at a low cost. When we go to manual checking, the procedure is more time-consuming and time-consuming, as is performed manually by the tester.

For instance, if we have an ‘n’ number of testers to run Regression Testing, it will take almost 50 hours to run all of the test cases. And based on the needs of the tool, the test cases will be performed. However, with less time for automation testing tools, the optimum use of resources and the full coverage of test cases are accomplished compared to manual testing.

Automation Testing– Is that essential?

If we need to determine whether or not we require Automated Testing Methodology, the question arises as to the available resources. The reasons we need to automate are to verify if the data flow and the features built are working as planned without user intervention or not. It is primarily used in places where the program changes in the form of several releases/cycles, etc.

Testing of the newly added features will take place at the end of the production of each cycle. Besides, testing of the old features would be performed to ensure that the old software is not disabled. This is the main component that has the potential for automation.

When checking the code-driven logic and the GUI specifications, one can choose Automated Testing, given that the risk factor is high.

Automation can only be selected if:

Cost vs. ROI for Automation

The ROI is very poor when we first go to automation because automation testing is costly for the first time. ROI tends to increase as the manual effort to evaluate the program decreases from the iterations of the second version. We must be informed of the anticipated outcome of any test case before Automation.

Most of the test automation benefit is due to numerous automated tests being performed. If tests are performed just a few times, it could be easier and more cost-effective to run all tests manually, rather than paying upfront costs for either buying test automation tools or creating a system from scratch and coding tests.

However, when automated tests frequently run against new builds, a break-even level is defined. From this point on, all subsequent runs reflect an ever-increasing optimistic ROI and also expanded test capability and coverage (i.e. the opportunity to conduct tests that would not have had time to perform manually). In the illustration below, break-even is achieved after 25 test automation runs, and the ROI of about 1.75 reached the 50th run, which means that the test automation generated 75 percent more value than had been expended in it.

Here, ROI is measured as savings obtained by replacing manual regression tests with automated tests separated by the cost of investment in test automation:

Since ROI is a unitless number, it doesn’t matter if the savings and expenditure amounts are in dollars or in time. For ease of measurement, minutes will be used since most of our inputs are in the form of time. One way to also include monetary values in our calculations would be to translate dollars into minutes by splitting the hourly bill rate of the individual doing the test automation work and then translating hours into minutes. Similarly, automation testing tools cost savings can be calculated by subtracting capital costs from savings (both in minutes), translating the resulting number of minutes into hours, and then multiplying the hourly billing amount.