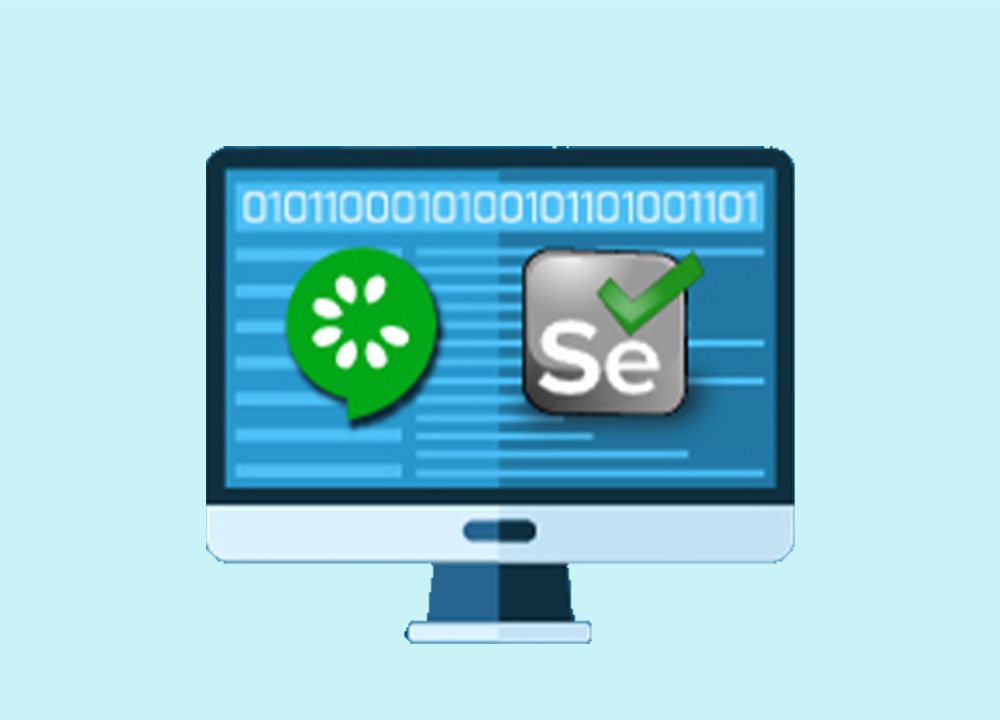 Web Applications have developed crucially for industries seeking progressive ways to connect with and fulfill their target audience in the digital world. Lent the significance of web apps in company operations these days, irrespective of the industry, they must be thoroughly tested to assure that they propose high-end user experiences. In this blog we will learn about cucumber testing, cucumber documentation, we will also explain selenium automation framework, selenium automation testing, and selenium automation tool.

So let’s look at what is cucumber testing.

What is Cucumber testing?

Cucumber is an open-source testing framework that aids Behavior Driven Development for automation testing of web applications. The tests are initially written in an easy scenario form that illustrates the expected behavior of the system from the user’s opinion. Extensively used for acceptance tests, Cucumber is composed in Ruby, while the tests are written in Gherkin, a non-technical and human-readable language.

Automation Testing stimulates the software development lifecycle. Also, on adopting the Behavior Driven Development (BDD) approach to advancement, various stakeholders like developers, QAs, and non-tech teams can work together actively in the project.

The scenarios are written and established on the usual behavior of the software and it is assessed to check if it conforms to said scenarios. These scenarios are reported utilizing a Domain Specific Language such as Gherkin. In each test scenario, natural language builds constituting small English-like phrases are utilized to define the behavior and expected result of an application. This is accomplished using a dedicated software tool like Cucumber, that enables the performance of automated acceptance tests written in Gherkin.

While automated Selenium testing enhances accuracy and speed to the development process, Cucumber adds a more edge to it, creating it more collective for the non-technical management stakeholders. Vastly helpful for User Acceptance Testing where the test scenarios are greatly driven by behavior, Cucumber reinforces Automation Testing.

A single functionality such as a login for a program can be known as a Feature. Each of these elements will have strategies that must be tested using Selenium included with Cucumber. A file that saves data about features, their explanations, and the scenarios to be tested, is named a Feature File. Cucumber tests are written in these Feature Files that are compiled with the extension – “.feature”. A Feature File can be interpreted to make the documentation more understandable.

Now that the characteristics are written in the feature files, the code for the associated scenario has to operate. To know which packet of code desires to be run for a given scenario, Steps Definitions come into the picture. Step Definitions can consume both Java and Selenium commands for the Java functions composed to map a feature file to the code.

To operate the test, one requires a Test Runner File, which is a JUnit Test Runner Class including the Step Definition location and the other primary metadata expected to run the test.

Since examining how Cucumber functions and how to write a Cucumber Selenium test, let’s first figure out how to arrange Cucumber. Installing the requirements mentioned below is all a user requires to start with Cucumber Automation Testing.

Conditions for Cucumber and Selenium Setup are as follows:

Let’s look at some of the best practices in Cucumber Testing:

Scenarios should be written like a user would define them. Be cautious of strategies that only illustrate clicking links and filling in form fields, or of steps that include code or CSS choosers. This is only another variant of programming, but not a feature definition. Declarative characteristics are concise, explicit, and contain highly maintainable steps.

Narratives describe in approximately one sentence what a character does. Common narratives include an advantage for the user, a function that requires the feature, and the feature itself. Narratives are essential to consider why you are executing a characteristic in an early place. They also provide a short overview of the feature so others get a hard understanding of what it is about without reading the strategies.

When you experience a Cucumber step that includes two actions in coexistence with an “and”, you should maybe divide it into two steps. Holding to one action per step prepares your steps more modular and improves reusability. This is not a widespread rule though. There may be justifications for conjunctive steps. Nonetheless, most of the time it’s best to prevent them.

In Cucumber you can reuse steps in different steps. This appears in effect when a step broadens another step’s behavior or specifies a definitive behavior that contains many steps. You should aim to reuse steps as frequently as possible. This will enhance the maintainability of your app, If you require to alter a specific behavior, you just want to improve a single step definition.

If you utilize the same steps at the advent of all scenarios of a feature, set them into the features’ Background. Background steps are driven before each scenario. However take care that you don’t put too various steps in there as your strategies may become difficult to comprehend.

Cucumber is not restricted to writing the scenarios in English. Identical to the rules pursued in English, you can write the scenarios in many human languages. The authorized Cucumber documentation has all the data about utilizing the Language feature and the dialect code of varied languages.

The editions of Cucumber-java, Cucumber-JUnit, and Cucumber-core jars should be uniform for seamless connectivity. Increasing an after hook to the code for capturing screenshots when the test goes wrong and can enable us to analyze the problem and debug it. You should utilize Tags for organizing tests founded on tag definition. This assists in cases where all tests don’t possess to be run every time. Such tests can be noted utilizing tags and run only when needed. This saves time and processing capability of the network and resources.

As constantly, it is significant to run the Cucumber Selenium tests on actual browsers and devices. BrowserStack proposes a Cloud Selenium Grid of 2000+ real browsers and devices for testing purposes, both live and automated. Merely sign up, select the needed device-browser-OS mixture, and begin testing websites for free.

Seeing the increasing demand from users for the latest version of web applications and apps, creators have had to continually stretch themselves to provide upgrades every few weeks. This has directed to the rising reliance on automation as it assists to decrease the software development cycle: both for the coding stage and the testing method.

Automation testing has encouraged teams to launch current features without bugs at a much quicker pace. This, in turn, encourages maintaining huge client engagement and warding off competition. And therefore, automation testing gave rise to its direction to confirm cross-browser compatibility.

Selenium is the largest open-source automation testing suite that has been formulating testing seamlessly. It is widely utilized for testing among the bigwigs like Google, Netflix, Fitbit, etc. to the occurring startups such as likewise. Here’s a graph that demonstrates how the Selenium framework is broadly utilized among numerous organizations of numerous scales and sizes.

Selenium automation Framework is a suite of automation testing tools that are established on the JavaScript framework. It could run the tests immediately on the target browser, drive the interactions on the important web page, and rerun them without any manual input.

Why is the Selenium Framework so popular for Automation Testing?

Selenium Framework, which has been utilized by over 41 thousand businesses across the world, acknowledges the greatest market share among the other modern software testing tools.

Although it is primarily used by the Computer Software and IT services firms, Selenium has not just restricted itself to them and fulfills other enterprises like Healthcare, Staffing, and Recruiting, Financial Services, etc.

Test Automation is crucial to keep up with the rising demands of quicker delivery and optimal quality on testers. The Cucumber framework in Selenium enables test scenarios to be written utilizing natural language builds that describe the usual behavior of the software for a provided scenario, making it standard for user acceptance testing.

As you are now aware of some of the most significant Cucumber testing best practices to follow with your BDD technique or while enforcing Cucumber and Selenium. Lastly, testing websites on an actual device cloud is just a way to assure extensive accuracy of conclusions. So, always opt for actual device testing to completely verify cross-browser compatibility, website performance, and the quality of user experience it gives.