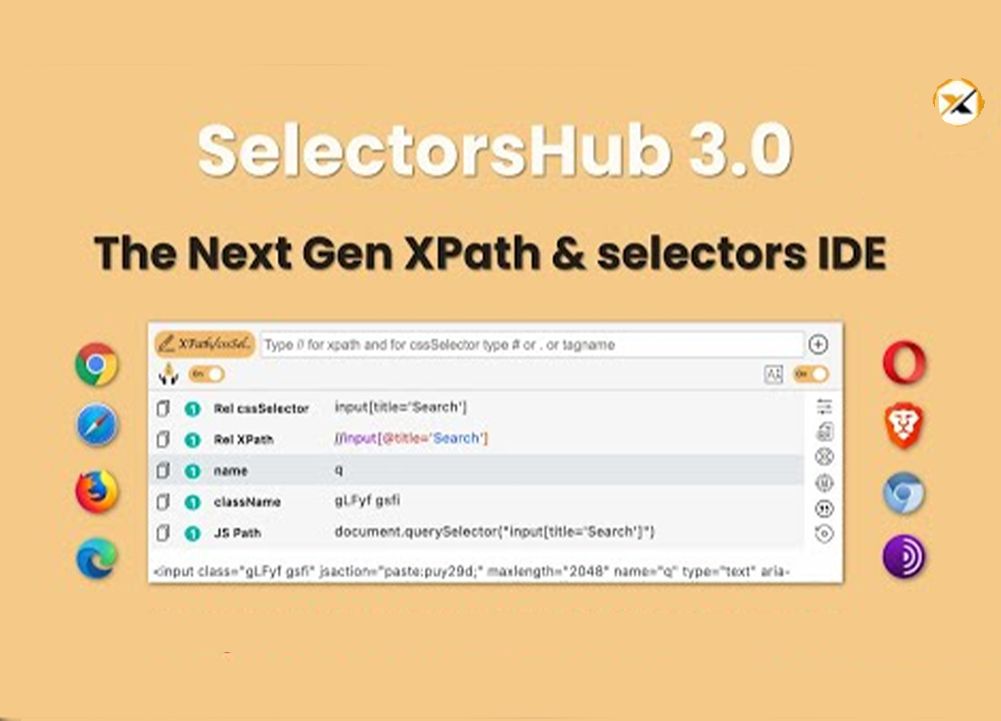 Locators in selenium play a very essential role to define your selenium testing scripts. If you fail to specify selenium locators appropriately then the selenium automation script won't be able to locate elements on the graphical user interface of your web application.

CSS selector and XPath are two of the most essential ways for locating web elements for selenium test automation. Nevertheless dealing with them will also require a lot of time. But there is a tool named SelectorsHub that will help you in writing your own XPath and CSS selector in less than 5 seconds.

SelectorsHub is an Xpath, JSpath, CSS selector tool for Chrome extension, and is extremely straightforward to use and comprehend. It is vital to learn how to install SelectorsHub for Chrome in several browsers and how to use XPath and CSS selectors in a selenium WebDriver download test script with sophisticated Chrome dev tools. We'll take a look at a few additional SelectorsHub features in this advanced SelectorsHub tutorial.

Below are important features in the advanced SelectorsHub tutorial:

Get the iframe and iframe element XPath together

You can also locate the nested iframe element and obtain XPath of both iframes using the advanced SelectorsHub tutorial.

Then you can copy it and use it in the selenium WebDriver automation test script.

XPath is supported for Shadow Dom Elements as it is very difficult to locate these elements using other selectors as well. It is very troublesome to understand if it is a normal web element or Shadow Dom web element and a lot of time will be wasted in locating it.

Selecting advanced SelectorsHub tutorial chrome extension for Chrome identifies and tells if it is a Shadow Dom Element or not. Also, it provides scripts that are ready to use for such elements. Let's see how this works:

You will also be able to locate elements located inside the nested Shadow Dom using SelectorsHub.

Get JS path of an element using SelectorsHub Chrome extension

You can also get the JS path of any web element.

Build XPath, CSS selectors And Run Them Over Selenium Grid On Cloud

You can utilize a Selenium Grid cloud instead of squandering the bandwidth and resources of your own project while maintaining your own Selenium Grid infrastructure. You now have to make the minimum effort to write your own XPath or CSS Selector with the assistance of an advanced SelectorsHub tutorial. Moreover, using cloud-based infrastructure you may test your Selenium scripts.