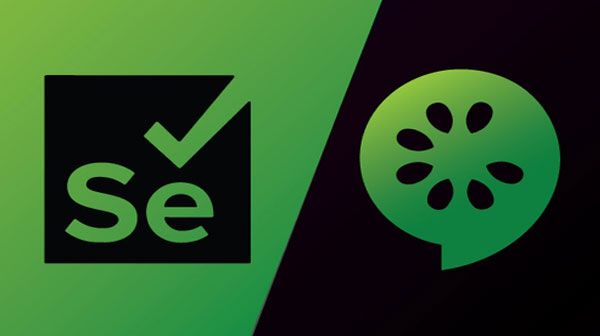 Web Applications are becoming important for companies seeking innovative ways to link to and serve their target markets in the digital realm. Given the importance of web apps in business operations these days, regardless of industry, they need to be thoroughly checked to ensure that they deliver a high-end user experience.

Automation Testing accelerates the lifecycle of software development. Also, by following a Behavior Driven Development (BDD) approach to development, various stakeholders, such as developers, QAs, and non-tech teams, will actively engage in the project. The simulations are written based on the predicted actions of the program and checked to verify whether they fit those scenarios.

These situations are recorded in a Domain Specific Language such as Gherkin. In each test scenario, natural language structures forming small English-like phrases are used to explain the action and expected result of the application. This is achieved using a specialized software tool like Cucumber framework, which enables the execution of automatic acceptance tests written in Gherkin.

What is the Cucumber?

Cucumber is an open-source testing platform that facilitates Behavior Guided Development for web application automation testing. The tests are first written in a simple scenario form that explains the expected actions of the device from the point of view of the consumer.

Widely used for acceptance tests, Cucumber is coded in Ruby, while the tests are written in Gherkin, a non-technical and human-readable language.

Although automated selenium testing adds precision and speed to the development cycle, Cucumber brings an additional edge to it, making it more interactive for non-technical management stakeholders. Widely useful for User Acceptance Testing, where the test scenarios are primarily guided by actions, Cucumber reinforces Automation Testing. Cucumber is a prominent BDD method. It is easy to read and can be understood by all stakeholders, including the technical and non-technical persons concerned.

Cucumber can be combined with Selenium in three stages.

Cucumber tests are written in these Function Files, which are stored with the “.feature” extension. A summary of the function file may be given to make the documentation more readable.

Now that the features are written to the function files, the code for the relevant scenario needs to be executed. To know which batch of code needs to be run for a given scenario, Steps Descriptions are shown in the image. The Steps Definitions file stores the mapping data between each stage of the scenario specified in the feature file and the code to be implemented.

Before discovering how Cucumber functions and how to write a Cucumber Selenium test, let’s find out how to set up Cucumber. The installation of the prerequisites listed below is all that the user requires to start with the Cucumber Automation Testing.

Here are some of the best Cucumber Research practices:

Test Automation is completely essential to keep up with the increasing demands of faster delivery and optimum test quality. The Cucumber framework in Selenium allows the writing of test scenarios using natural language constructs that define the expected actions of the program for a given scenario, making it perfect for user acceptance testing.

Finally, the only way to make sure full credibility of the results is to test websites on a real system cloud. So, always opt for real device testing to fully check the performance of the website, cross-browser accessibility, and the level of user experience it provides.