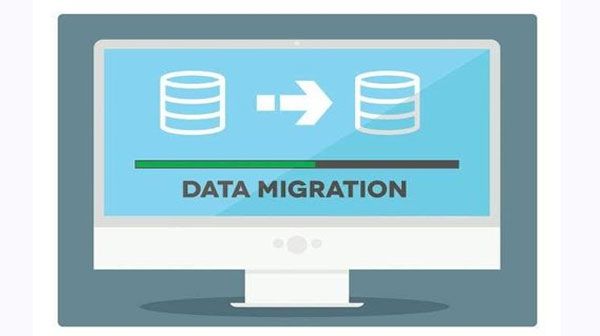 What Is Data Migration Testing And Its Techniques?

Data migration testing is the process of verifying that the data transferred from the current system or the legacy system to the new target system. Data Migration is generally performed in any organizations either due to data consolidation, obsolete technology or optimization of the system.

While performing migration of data from one system to another it is ensured that:

1. Data conversion testing is done to avoid any inconvenience to the user because of migration.

2. It should also be ensured that the user can access all the features of the application just like before migration.

3. It is necessary to see if the upgraded system is compatible to work with the hardware and solutions of the legacy system.

4. All the functionalities of the application should be working as in the earlier system.

5. Any defects in the new system should be detected and removed during the data migration test.

6. This testing also discovers ‘ if the migration has caused any degradation in the performance of the system?’ and measures are taken to improve it.

7. To ensure that there is a seamless flow of data within the system components like servers, clients and other hardware.

Below are the techniques for data migration testing:

It is performed to ensure that the migration process takes place smoothly and do not cause any issue in the system.

Here are the phases in data migration testing:

At this stage, the scope of the data to be included in the migration testing is determined. It is decided that ‘which data should be considered in the testing?’ and ‘ which should be not?’. It is also important to understand the destination and the load processes. The mapping of the data is performed. It is determined that what will be the requirements for data cleansing. The records of the tables are kept for verification after migration.

This stage, also involves the creation of test cases, test scenarios and conditions to be executed on the target system after migration. A set of test cases are executed and their results are recorded. It is also ensured that the business cases, user stories and use cases are also considered.

Data cleansing is performed on the system that stores and maintains the data. The errors in the system are determined. These errors may be blank fields, inappropriate data length.

The data can be checked either using SQL commands or by using data migration tools. The data dependencies in the system should also be determined as incorrect information in one table can affect the other linked tables. All the issues detected should be fixed and the data count should be verified.

After the end of migration, it is tested that the data has successfully migrated to the target system within the predefined downtime. It also involves verifying that the schema of the data has been changed as per the new system.

The data types including the business and technical ones of the migrated data are tested and the flow of data within the system is verified. The target system should continue the functionalities present in the legacy system.

The existence of the redundancy of the legacy data should also be checked and removed. Other testing like performance testing, usability testing, security testing and rollback testing are performed on the target system.

Below are the strategies for data migration testing:

1. The testing team should include members that have specialized knowledge about the domain.

2. Before performing the migration, all the business risks should be determined and actions should be taken to mitigate them.

3. The errors that may occur during the migration should be analyzed and the team should know ‘how to fix them?’.

5. The tools that can help in making the testing more efficient should be determined. For example, automated tools can be used to compare the legacy data and the target data.

6. The separate testing environment is also chosen for pre and post-migration testing for verification purpose.

7. Proper documentation of the whole migration testing should be done including the test plan, test approach, schedule of the testing.

8. Before the launch of the new system discussion should be done with the stakeholders to see if all the testing requirements have been covered.

Organizations with a large amount of data, generally have to migrate data from one place to another and hence need migration testing. Data migration testing has its significance in ensuring that any up-gradation in the system or changing the location of the data do not raise any undesirable issues and if they occur, can be resolved as soon as possible.