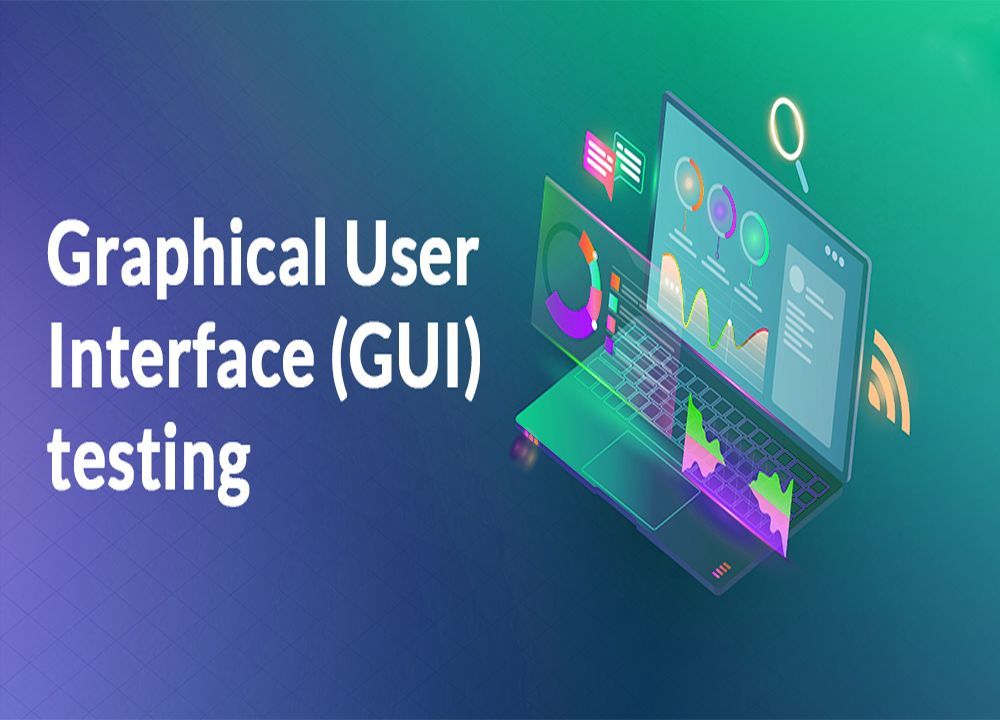 Understanding The Basics Of GUI Testing: Methods and Techniques

GUI testing is a fascinating and somewhat contentious subject in the realm of software testing. When it comes to determining what Interface testing is, there is uncertainty. For example, some people might mix it up with UI testing. Similarly, there could be some variation between GUI testing and End to End testing issues, which is a cause for more misunderstandings. Finally, there is discussion as to whether GUI checking is something that you can do in the first place.

GUI is a term for a “graphical user interface.” It represents a form of user interface that enables users to use graphical elements, such as keys, icons, and pictures, and often audio to communicate with electronic products or software. To allow people to communicate with computers and other devices more easily than typing commands through a keyboard, GUIs were implemented. Generally, GUIs proved extremely effective and enabled the general, non-technical, community to popularise computing. Today, not just on our screens, but on our tablets, our TVs, the dashboards in our vehicles, and many other locations, we will find GUIs.

Modern programs are either mobile-based or cloud-based software outside of the desktop. As per client demand, they have to be more user-friendly. The interface of the application and user experience play an important role in the performance of the application as it is introduced to the market. In visual dynamics, a GUI testing team often pays careful attention to each detail to ensure end-user satisfaction and ease.

What’s the Difference Between GUI and UI Testing?

Just one of the potential types of user interfaces available is a graphical user interface. We may then claim that a subset of UI testing is GUI testing. Searching through the messages that the application displays, searching for spelling and grammatical errors, and checking that they adhere to the requirements is important. Going one step further, you should also check that the utility correctly compiles the reasons received and answers them as planned.

In the case of CLI testing, however, Interface testing is a more advanced type of UI testing, concerned with things that make no sense, such as buttons, links, how well-aligned elements are on the page, and so on. So these were the key differences between the GUI and UI testing. Now, what about end-to-end testing? As the name implies, end-to-end testing consists of scanning the proposed program, from one end (the user interface) to the other (the database or other storage mechanism). In other terms, you can test the app when doing E2E testing in a way that strongly resembles how people use it in everyday life.

The primary concern of GUI / UI testing, on the other hand, is whether the GUI behaves exactly as expected. So, while you may have the actual API, database, etc. exercised by the GUI tests, it is feasible and suggested to substitute those with placeholders. That way, you gain the opportunity to test the Interface regardless of whether or not the real APIs are ready, in addition to potentially accelerating your tests.

Here are some of the best ways in which GUI testing is normally carried out:

By simply manually using the program is the most basic way of doing GUI testing. Usually, dedicated full-time testers conduct this sort of testing. So, by manually checking each one, we could conduct all of those tests in the sample app we discussed earlier. Of course, manual testing is not incredibly efficient. It’s sluggish, repetitive, and prone to errors. That’s why; if you want to be able to release high-quality apps in a timely way, you should try to actively automate your testing strategy. In a modern testing approach, however, manual testing still has a role to play. You just have to find the right equilibrium. Speaking explicitly regarding GUI testing, the more qualitative elements of the software such as its look and feel and usability could be owned by manual testers.

We are now entering the territory of automation. Record-and-playback techniques are one of the most common ways in which GUI automated testing expresses itself. This technique focuses on making a tester use a specialized instrument to record a test session. It is then possible to replay the outcome of this recording afterwards. Some are better than others with record-and-playback software. The key benefit of this technique is that coding skills are not needed, which lowers the barrier to its usage. Its fragility is the most cited con of record-and-replay tests. Since the user interface is a part of the analysis that changes constantly, the subsequent test cases can break frequently, depending on the technique used to communicate with the elements on the display.

Many GUI testing tools enable users to write code to build test cases. This approach’s obvious potential drawback is that they either enable you to take developers away from coding and make them write test cases or teach code to your testers and QA professionals. Furthermore, the same test fragility issues occur when they deal with UI elements that can change constantly. If your program code changes, then you will need to change your tests as well. Code-based tests, on the other hand, could enable you to explore more complex test plans. Because they are code, test cases may be modified along with the code of the application in source control. Even, if it follows a programming language the developers already know, the learning curve for the tool will be easier.

The hybrid approach is a more recent approach to GUI research that is gaining traction. It enables non-technical users, through the recording of their sessions, to create test cases. Then, individuals with coding expertise can algorithmically further modify these documented tests to configure them and adapt them to more challenging situations. It is completely important to do GUI testing. It does present some difficulties, but when you do it correctly, it’s an effective aid to achieve software quality with the help of good resources.