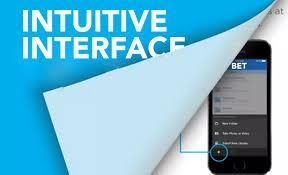 The Detailed Guideline On How To Create Intuitive Interface In 2022

When you create a design user interface, creating an intuitive interface often becomes important. Knowing everyone wants it, what does intuitive mean? and how can someone do it? Also, how did you know to what extent you have achieved it?

When someone is using software, they are usually focused on the problem they are attempting to solve. They'll struggle if they have to consider how to use the UI as well. Consider attempting to compose a critical letter while attempting to use word processing software. It's exhausting, and it'll almost certainly result in a sloppy letter.

The mental work required to complete a task is referred to as cognitive load. Cognitive load is reduced with intuitive interfaces. The less cognitive burden a user has, the more focused they may be on completing their work. As a result, intuitive interfaces have a significant advantage in terms of productivity and work quality. They also have the advantage of requiring less training and support; users don't need to learn how to utilize an interface if it performs as expected.

How to Create Intuitive Designs?

Sometimes when a design does not match the user's mental model, the user is eventually undergoing a problem-solving mode to figure out what needs to be done as a next step. This necessitates a great deal of mental thinking, resulting in a high cognitive load. As a result, the Intuitive design goal is to create a very intuitive interface or experience that is consistent with the user's expectations and so has the least amount of cognitive burden feasible.

If you want to make a very intuitive interface design, you should first figure out what the user's mental model is and what is the requirement to understand the intuitive interface meaning firstly. You can then create to as nearly as possible match the user's expectations. Of course, the issue is that mental models are hidden. They exist only in the minds of the users, therefore you must make educated conclusions about what is going on. Furthermore, each user has a unique mental model based on their personal experiences.

Below mentioned are the 2 ways to access user's mental mode:

User research: Talking with consumers in one-on-one interviews and watching them perform related activities may provide you with a lot of insight into how they envision their workflow and the steps they want to take. Contextual inquiry is something where you see your customers working on the tasks you want to understand in their setting, which is another effective strategy.

Usability testing: Observing and noting how users working on wireframes and prototypes can help you better understand their needs, especially if you allow them to 'think aloud' while they work in the possession.

How to create intuitive interface design?

Here are a few tips and tricks on how to create the best intuitive interface design.

Users are happier when the design is intuitive. It takes time and effort to create an intuitive design, but it will cut down on training time, annoyance, and boost efficiency. To design intuitively, learn about your users' mental models, which include their knowledge, beliefs, language, and scripts. Identify areas where your design deviates from user expectations through usability testing and make changes to fit them.