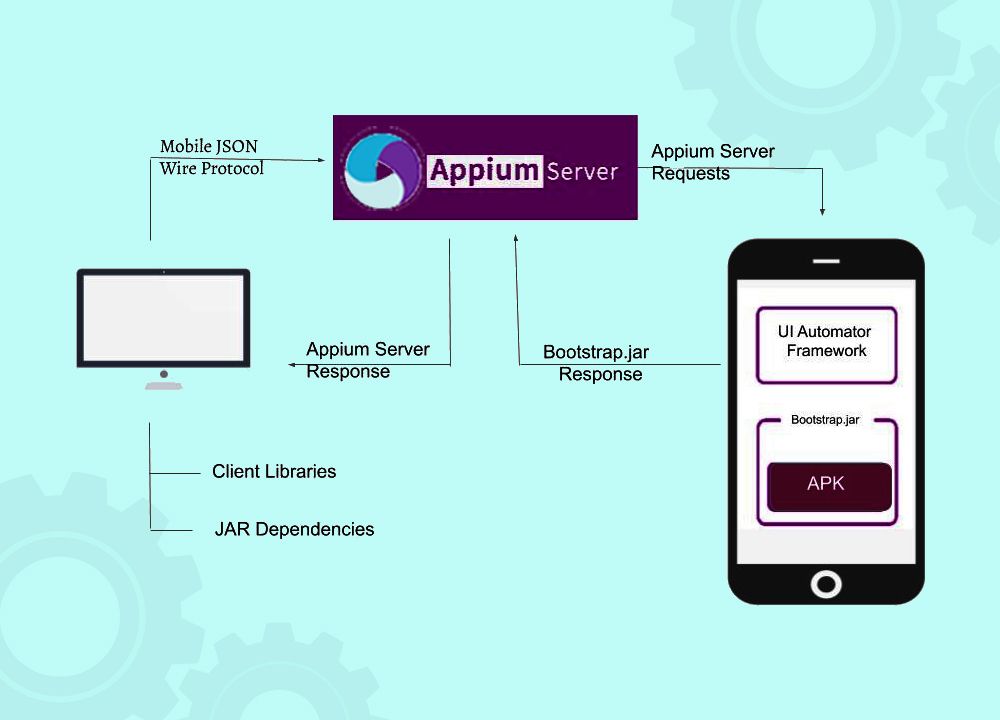 Learning Mobile Automation With Appium in 2022

In this blog we will learn about mobile automation with Appium, Appium mobile testing, what is Appium framework, and Appium tools. So let’s get started!!

It has no dependency on the Mobile device OS because Appium has a framework that translates Selenium Webdriver commands into UIAutomation (iOS) or UIAutomator (Android) commands relying on the device type, not any OS type. Moreover, Appium supports all languages that possess Selenium client libraries such as- Objective-C, JavaScript with node.js, Java, PHP, Ruby, Python, etc.

Apple Instruments for iOS, instruments that are accessible only in Xcode 3.0 or later with OS X v10.5 and later Google UIAutomator for Android API level 16 or bigger

Prerequisite to use Appium

Installing Appium on your computer

It appears bundled with all the prerequisites to install and use the Server of Appium. It also has an Inspector to get fundamental data on your Apps. It comes with a Recorder to build a boilerplate code to automate your mobile apps.

Step 2– For Windows, select the exe file and download it. The file is approximately 162MB and it will take time to download based on the speed of your Internet.

Step 4– On a Windows machine, there is no requirement to install Appium. It operates instantly from the exe. On the other hand, for Mac, you need to install the dmg

Step 5– In the next step you will see the Server Start Window. It occupies the default host and port option which you can alter. It also indicates the version of the Appium that’s being utilized.

Step 6- A new server is launched on the specified host and port, on clicking the Start Server button. The server log outcome is shown.

Step 8– You can enter the Desired Capabilities and begin a session.

The Appium inspector is similar to the Selenium IDE record and playback tool. It has an ‘Inspector’ to Record and Playback. It records and plays native application manners by inspecting DOM and develops the test scripts in any desired language. However, presently there is no support for Appium Inspector for Microsoft Windows. In Windows, it launches the Appium Server but fails to inspect components. However, the UIAutomator viewer can be used as an alternative for Inspecting elements.

Here are some steps to begin with Appium Inspector on Mac machine:-

Choose the source file or .app files from local to test.

Check the ‘App Path’ Checkbox to allow the ‘Choose’ button.

Step 2– Now, clicking on the ‘Choose’ button will give the option to browse and select the test file from the local drive.

Step 4– Click the ‘Launch’ button from the top right corner, which facilitates a blue color icon. Furthermore, click on this blue color icon, it will open the Appium inspector and Simulator with a pre-selected application.

Step 5– Launching your Appium Inspector will indicate the element hierarchy in the column-wise structure. Furthermore, a user can apply actions using buttons like Tap, Swipe, etc.

Step 6– You can click on the ‘Stop’ button to stop the recording.

1st error– The following desired capabilities are required, but were not provided like device Name, platform name

2nd. error- If you could not find adb. You should set the ANDROID_HOME environment variable with the Android SDK root directory path

3rd error- org.openqa.selenium.SessionNotCreatedException: A new session could not be created.

4th– How to find a DOM component or XPath in a mobile application?

2. You perhaps need to set up SDK root directory path in system ‘Environment Variables’ in the ‘Path’ column

3. You are required to set a correct App path and restart the Appium server

4. Use ‘UIAutomatorviewer’ to find out DOM elements for Android applications

With developing trends and an  ever-increasing need for Mobile Apps, all major businesses are migrating to get their business on mobile apps. Therefore to disclose quality mobile apps, mobile automation with appium of mobile apps is the modern trend in the industry. As discussed above we have learned everything about mobile automation with appium. Appium tools is one of the leaders and most widely used all over the globe because of its simplicity and ease of use. It is used for automation testing of mobile apps for iOS or Android both.