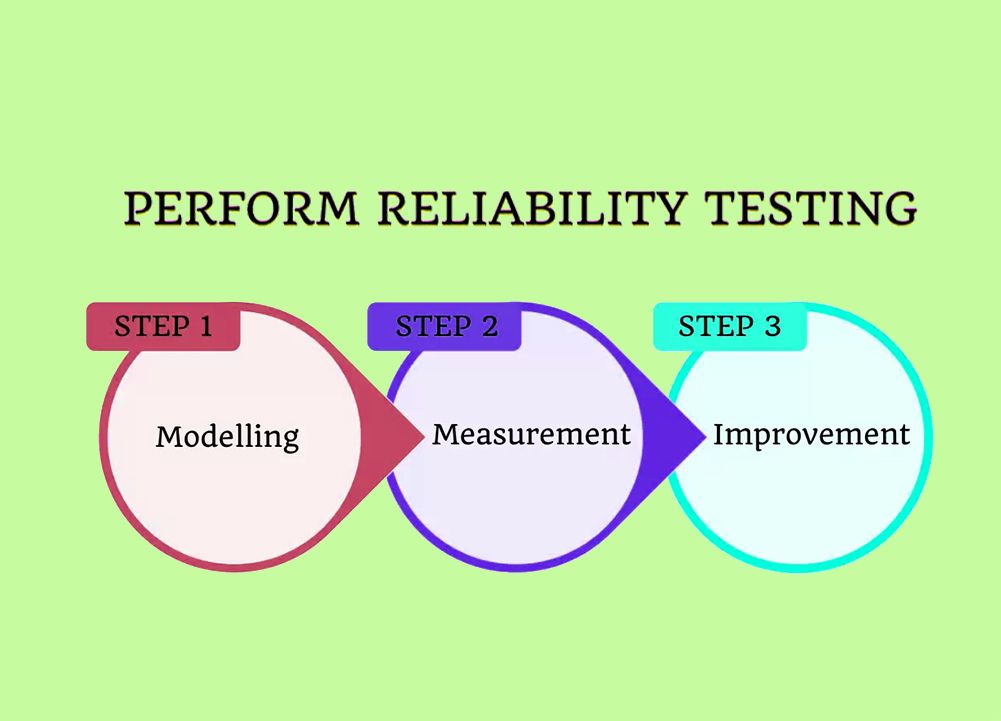 Reliability Testing In Software Testing: How Is It Done?

Reliability Testing in Software Testing is a method of software testing used to assess a software's ability to operate under environmental circumstances. It allows uncovering issues in software design and functionality. It is characterized as a type of software testing that defines if the software can perform a failure-free operation for a particular period in a specific environment. It ensures that the product is free from defects and is fit for its intended function.

Below are the factors influencing reliability testing in software testing:

Why do reliability testing?

After the release of the product, the possibility of the occurrence of defects can be minimized and the software reliability can be improved. Some useful tools for this are Trend Analysis, Orthogonal Defect Classification, and Formal Methods.

Feature testing checks the features provided by the software and is conducted by following the given steps:

Generally, the software performs better at the beginning of the process, and then it starts degrading. Load testing is conducted to check the performance of software under the maximum workload.

How to do reliability testing in software testing?

Reliability testing methods are expensive when you compare it to other types of testing. So, proper planning and management are required while performing reliability testing. It includes a testing process to be implemented, data for a test environment, a test schedule, and test points.

To begin with reliability testing, a tester must remember the following:

Some key parameters involved in product reliability testing are:

Assumptions and abstractions can be made for simplifying problems, and no single model is suitable for all situations.

Product metrics are a combination of four types of metrics:

The procedure determines the quality of a product. Process metrics might be used to estimate, monitor, and improve software dependability and quality.

This metric is mostly used to determine if the system is entirely fault-free. To accomplish this goal, the types of defects discovered throughout the testing process, as well as the problems reported by users after delivery, are gathered, summarized, and evaluated.

The mean time between failures(MTBF) in software is used to assess its dependability. MTBF consists of:

The liability for good software is any number between 0 and 1. When errors or bugs from the program are removed reliability will increase.

Improvement is completely dependent on the problems that occur in the application or system, or else the characteristics of the software. The way of improvement differs according to the complexity of the software module. The major restrictions that limit the efforts made into improving software dependability are time and funding.

Reliability Testing in Software Testing is expensive when compared to other forms of testing. Hence, to perform it cost-effectively, a proper test plan and test management should be followed. In SDLC, reliability testing plays an essential role. Using the reliability metrics will be the liability of the software and predict the future of the software. If the software has high complexity then software reliability will be hard to obtain.