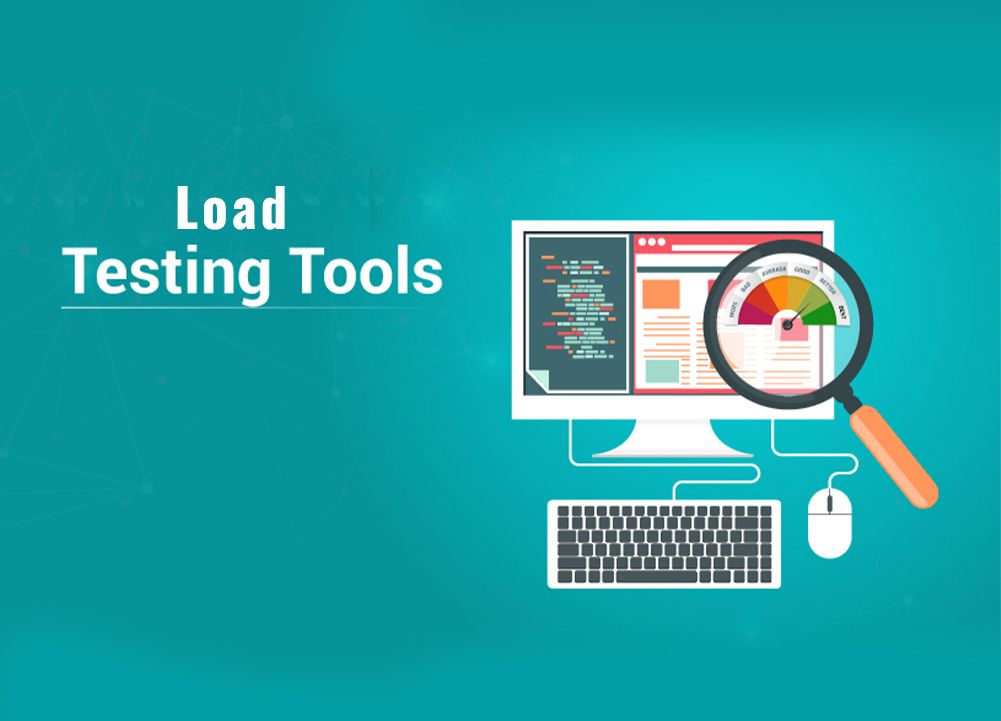 Load testing could be understood as a type of performance testing that determines the system’s performance and real-life road conditions. This testing will help designers to determine how the application will behave when multiple users access it simultaneously.

Load testing is a type of non-functional testing. A load test is a kind of software testing conducted to understand the application’s behavior under the specific or expected load. Load testing is performed to determine the behavior of the system and both normal and at peak conditions.

Below mentioned are some of the top load testing tools:

It is open-source software and pure Java application design for load testing functional behavior and measuring performance. You may use Apache JMeter for testing performance both on static and dynamic resources.

For example, you can use it to simulate a heavy load on a server, group of service, network, or object for testing its strength or analyze overall performance under different load types. JMeter is a free-to-use load testing tool with favorable evaluation in the value of cost considerations as per the review criteria.

WAPT employs a universal performance test design approach by recording real-life web services from a browser or a mobile application. WAPT lets its users design and run tests locally in the cloud. Users can create tests using a browser or a mobile application, employing distributed and cloud-based testing, launching server, and database performance monitoring. Many exemplary elements are the usefulness of auto parametrization of most dynamic values, the extensibility via JavaScript, and point and click recording capabilities.

The WAPT interface, as viewed from the associated screenshot, comes across as quite dated in color, look, feel, and event text orientation. It may be a bit of an eyesore, thus the last few points for the UX review criteria.

Web load provides tests with powerful recording and scripting, correlation, drag and drop building blocks, parameterization, and response validation. Web load produces a test script in Java screen that has the flexibility for adding a wide range of protocols and easily extended additional protocols as required.

In addition, the recording is transparent and automatic with any web technology. This tool is unusually well with building any simulated load for load and performance testing actively and easily. additional in-the-play and record features are very useful in tracking results. Web load lost some points in cost transparency as the only tool with no pricing information available, meaning the review results for value off cost dropped a bit.

The user interface of this tool is tidy, vibrant, and well-organized, making it a joy to return to it for each mission. As a result, they did well in the UX section of the evaluation. One criticism of this program is that the cloud charging system is not atomic and relies on a local computer. Furthermore, as the story becomes longer, the project becomes difficult to handle.

BlazeMeter is a shift-left testing tool for businesses that need API, GUI functional and performance testing, mock facilities, and API tracking. No coding is needed for Selenium functional testing with BlazeMeter.

Instead, using your favorite open-source software like Apache JMeter, Selenium, Gatling, Grinder, Locust, and more simulate thousands or millions of simulated users from over 55 geo-locations.

Since status report styles and statement types are very helpful when generating test scripts, this tool performs well in the Features – Reporting and Analytics section of the assessment criteria. In addition, the software’s reporting and graphing capabilities are extremely precise, making them a crucial aspect.

LoadImpact, which will shortly be rebranded as k6 Cloud – is a cloud service for load testing websites, applications, and APIs. LoadImpact is a cloud service for load-checking the performance of websites, applications, and APIs. In the latest k6.io app, with a fully redesigned Test Builder, LoadImpact has primarily concentrated on API load testing.

However, they still have a better browser session recorder and a better results tab. The ease with which numerous ‘cl technologies’ can be supported is a standout feature of this software. Furthermore, the news, diagrams, and images are visually appealing and easy to read.

LoadFocus needs no-code testing to determine how many users the website or API can handle; run tests from different locations within the browser. Load checking, website speed testing, smartphone emulation, automatic website tracking, SEO/PWA/speed control, and software consulting services make it simple and affordable to test the websites, computer and web apps, online services, and APIs. LoadFocus has a very fair monthly price in terms of paid load testing software, earning them a high score in the Value for Cost portion of the assessment analysis. The connection between the customer and the LF team should be simpler and more enforced, one of the tool’s flaws.

For example, some customers have expressed dissatisfaction with the lack of confirmation emails and other planned contact products.

This load monitoring module allows users to use SOAtest working test projects for performance testing. Users will use Parasoft Load Test to exploit SOAtest practical test projects for performance checking. In addition, the web-based monitoring software Load Test Continuum (LTC) integrates performance checking into the CI/CD framework and automates performance testing. One of the best aspects of the program is that it requires very little experience or preparation to get started. Users can also quickly extract data from Excel or XML archives, and the APIs are simple to automate.

Parasoft Load Test lost a few points in the Value for Cost portion of the assessment parameters due to its hefty up-front cost, which may discourage certain users. However, it’s worth noting that the price mentioned below covers the business version, laptop licenses, and instruction for a group of five people.