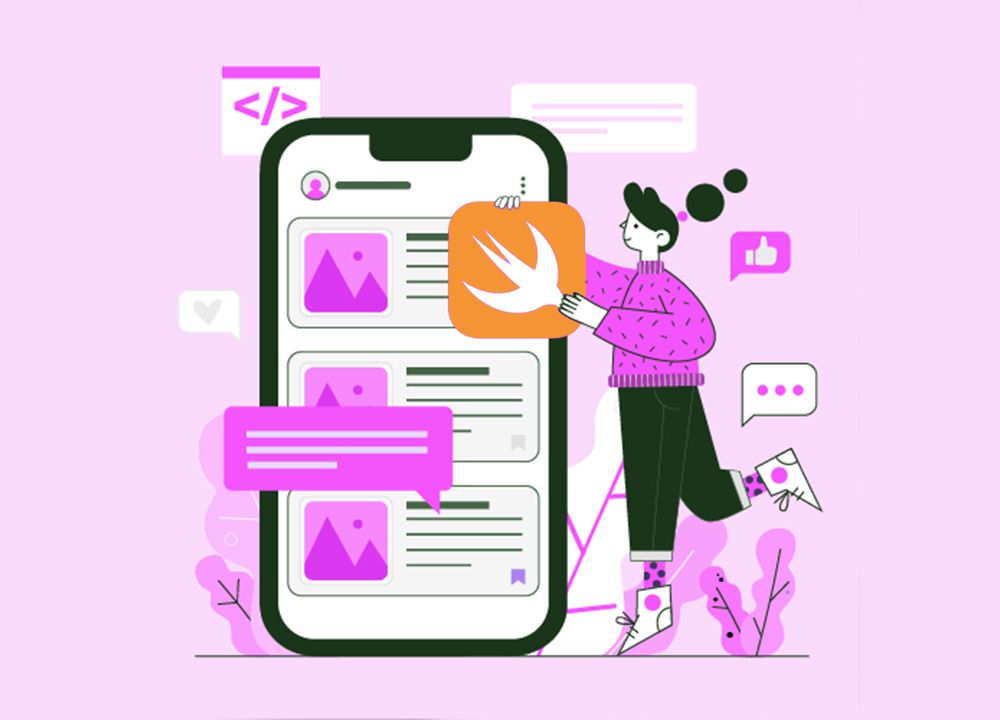 What are the important Swift design patterns for iOS app development? If you’re looking for this, you are at the right planner apps. According to a recent study, Swift is the only tool/language that adds more dimensions to the iOS. Also, it is easy to learn and its implementation is easy. Hence, it is worth mastering this tool. However, working with Swift isn’t as easy as it sounds. Because for an effective command over Swift, one needs to have a basic understanding of the primary design patterns in Swift. These design patterns provide extra functionality and security to the apps. But, before starting with the patterns, let me define what are design patterns?

What is a Design Pattern in Swift?

A design pattern is a template for writing simplified codes easy to understand. Besides this, these codes are reusable.

The following are the advantages of design patterns in Swift for iOS app development.

Unification of the Code

These design patterns provide solutions to the problems that arise during coding or structuring the architecture.

In the case of any error, you don’t need to use any complex definition to correct it. Because while using Swift, just mention the pattern used and others will understand it easily. Hence, it uses a common vocabulary.

These patterns indicate the developers on how to combine the solutions to solve a problem. Hence, they don’t need to find the problem by themselves.

Mainly, there are 3 major categories of design patterns in Swift for app development. These are:

Under these 3 categories, there are other types/patterns. We discuss those patterns below.

This method is used when you need to use one instance for a single object copy. Also, this instance receives global access. There is a simple procedure used by Apple.

This is used when you have to choose between common procedures having combined classes and those having a common class. This pattern has a logic that selects the class. And that logic contains the entire solution.

This method is different from the above ones. This is because it is suitable for creating complex objects from simple objects. Here, a similar code is used for creating different objects. A common example is of creating a restaurant app. Here, you can carry out the order via the OrderBuilder object.

Here, MVC stands for Model-View-Controller. It is an important design pattern for iOS app development with Swift. Out of these three, the model is represented with data only. The view is represented by the interface design. And the controller’s job is to collect everything.

This adapter method is a popular structural design pattern. It helps objects with distinct interfaces to work simultaneously. The adapter collects the object dealing with the meters and converts the data into feet. Hence, various iOS apps using this pattern are mostly event management app and calendar app.

It is also a very popular and powerful design pattern under the Structural category. It is popular because it offers an easy interface to libraries, frameworks, etc. In addition to this, it helps in creating a unique class and includes other objects in it. Hence, this forms a simpler version of the interface for users. Example: including an audio playback feature in an iOS app.

This design pattern comes under the Behavioral category. It helps in saving objects like UserDefaults, Archiving and NSCoding protocol, using the CoreData.

In this Command Pattern, it links a particular method up with an action touch to get an interface. Therefore, these were some popular design patterns in three categories: Creational, Structural, and Behavioral. These design patterns come with their own pros and cons. But the usage of each depends on the application and developer.

However, all the patterns are equally important in iOS apps development worldwide.