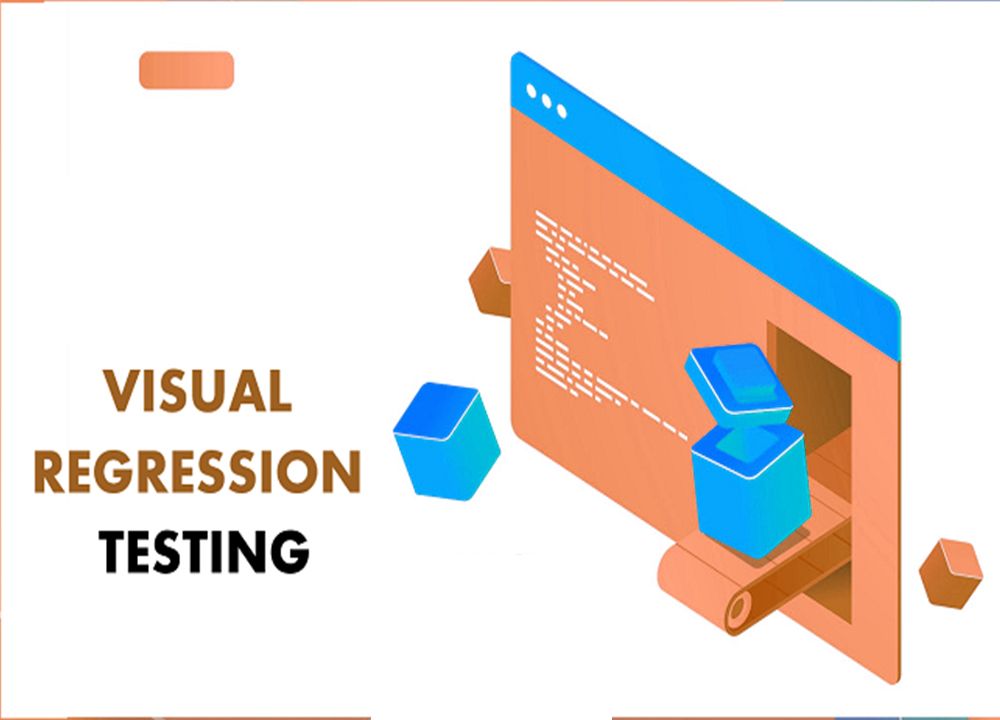 A Complete Guide To Visual Regression Testing & it's Tools

What is regression testing?

Regression testing is assessing that the changes we initiate to our source code do not possess an unexpected effect on our system. With visual regression tests we are striving for the same objective, but we are further concerned about the interface that is being illustrated to our ultimate user relatively than how functional our system is.

At the end of the day, what is crucial is what our user is observing and what it is interacting with. Approximately, visual regression tests enable us to comprehend the changes that will be discerned by our users through screenshots and content comparison between the pictures.

We probably have various tests composed in our codebase already, which should enclose multiple scenarios. So what are the enthusiasms behind installing another kind of testing to our projects? Here we are moving forward to explore a few of the interesting motivations behind executing visual regression tests.

Several times in our projects, bugs happen due to how the interface is introduced. We perhaps have a completely functional element in our system and still, the user could be undermined to interact with it somehow.

While it’s pretty obvious that you are required to assess your application for functional regression, a ton of people make the error of presuming that this covers the visual element as well. There is a detailed difference between the two and compared to functional regression testing that tests if any fresh code has inhibited the functionality of a page, visual testing is particularly about deviations in appearance.

Most necessarily, functional testing in common includes unit testing, snapshot testing, etc. is crucial to ensure that our system parts are functionally operating as expected. Nonetheless, they are unable to provide us with the guarantee we require the interface that is allotted to our users. Thus, they are not able to distinguish problems that are particularly related to it. Those difficulties probably are just tiny obstacles and standardization problems but further noticeable and impeditive issues for our users. These experiments can not capture data on the user experience.

Though, when we are discussing the user experience, the absolute outcome we have here is not good. This could be instructed to the system while making CSS changes that refer to various system parts or possibly some library edition update. With visual regression tests, it evolves much simpler for us to catch those difficulties before our users do.

In web development, we have a vast range of mobile devices, browsers, and screen sizes to function with. A sole page in our system probably is made by Chrome or Firefox and accessed by small, medium, or large desktop screens, driven by various operating systems in mobile devices with a lot of uncertain screen sizes.

We are addressing an enormous amount of possible combinations to be assessed. Accordingly, it becomes unthinkable to manually check the interface of all those deviations and that is only for one screen, imagine for a whole system. Particularly when we are talking about responsive systems, visual regression tests become more significant to recognize compatibility difficulties while rendering pages. Besides, some of those cross-platform crises that probably are difficult to perceive could be recognized with those tests.

With visual regression tests, we can effortlessly possess a visual changelog of modifications in our system. That probably primarily be interesting when functioning with elements libraries or design systems; a resource that is interrelated to functional changelogs.

It perhaps is a fascinating tool for an alliance between designers, developers, project managers, and else. By detecting in an automated way interface flaws and obtaining visual “pieces of evidence” of the issues, it makes it simpler to share feedback and stimulates cooperation within teams to recognize action points that might be necessary due to the problems discovered.

Assessing all the motivations elucidated before, let’s move into how we can have an automated regression testing process in our projects and some good techniques associated with it.

Selecting the right tool for the job is not always simple. For visual regression testing, there precisely is not a good tool for everyone at every time. So before bouncing into any tool, it is vital to have these questions in mind:

In this consideration, you can find an extremely detailed list of tools and resources for visual regression testing. Here we are just driving to overview some of the outstanding tools that we had the opportunity to study.

The paid tools for visual regression tests are delightful treatments. You can upload all the screenshots to their CDN and have various plug-and-play integrations willing to make your life much simpler. Moreover, as paid tools, you can often count on wonderful docs and support.

Though, all this comes at an increased cost. They do possess free tiers, which are nice for testing them or for very tiny projects. The extra charges are for the number of snapshots clicked and when we are talking about the scale and continuous delivery that count rises very rapidly; and so does the cost.

Percy is one of the most well-known tools for visual regression testing and it is extremely adaptable and simple to use. It comes with a very broad range of integrations and has a delightful and collaborative dashboard where alterations can be examined by the team and later approved or refused.

Chromatic was built by the maintainers of Storybook for Storybook. It is out of the box incorporated with Storybook and too simple to add to your mission if you are already utilizing it. Percy has an incredibly nice and collaborative dashboard, very identical in multiple ways.

With open-source tools, you are not moving to have interesting characteristics like the reviews, dashboards, and CDN hosting that the paid tools provide. But, you can maybe find a project that matches your requirements and is going to enable you to fulfil your purposes regarding visual regression testing.

BackstopJS is a prominent visual regression open source project, well strengthened, and very detailed, and flexible to be utilized in various scopes of JS web projects. It provides screens with Chrome Headless and deals with interactions with Puppeteer scripts. It develops a nice HTML report with the discrepancies found and also furnishes us with its Docker Image to assist us to run the tests in CI.

Loki is very manageable to use tools for projects that consume Storybook and further runs with Chrome Headless. If you are already utilizing Storybook in your project it is only plug-and-play. It has extremely detailed documentation and also possesses an easy CI integration.

Visual Regression Tests are a very significant way of analyzing regressions on projects and we have various tools at our removal to help us fulfill it. Having them in a project does include relatively some action so even though the conclusions might be very fascinating, it is crucial to recognize if that effort makes any sense for your real scope or not. We hope it helps you!