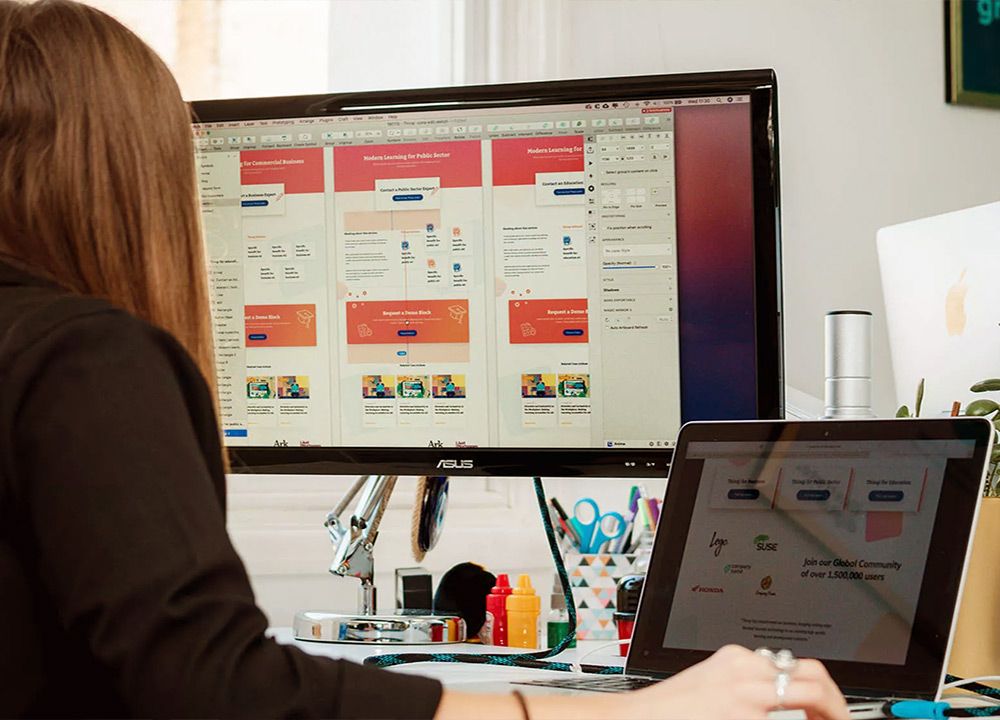 7 Laws Of UX To Create A Seamless User Experience

Process designers create software user interface design examples or mechanical device interfaces, emphasizing looks or styles is the User Interface (UI). Designers want to build interfaces that are simple and fun for consumers. The laws of UX architecture applies to user interfaces and other types of graphics.

Access points where users communicate with designs are user interfaces. They are available in 3 formats:

For testing UI Interfaces design, we should consider:

User Interface elements are often confused with UX design, which relies more on the surface and overall design feel. UI Interfaces concept is a craft in which you create a crucial aspect of the user interface. The full set of user interfaces is protected by UX architecture. One comparison is to portray UX design as the driving console as a vehicle with a User Interface design. With the basic user interfaces with just searching and communication types, today’s websites require a more complex and personalized experience, thanks to new technology and standards. It means that more user interface work is inevitable.

Now let’s have a look at seven unbreakable laws of UX:

Gmail has very detailed text navigation on the page top before the new update – a button press on the Schedule, Travel, Plate, and other Google services. Google then wanted to “simplify” it and transfer it all behind an abstract symbol.  Most people never saw the icon, and Gmail began getting a lot of service applications. It’s a fundamental human nature that people avoid and sometimes disregard things that they can’t comprehend. Do not build User Interface elements components, so nobody is bothered to figure out what they do.

When we understand what the best behavior is, the customer may be more relaxed. When we watch the screen above for Twitter, do we think new users know what they can do? They can begin to tweet. In the right top-right corner, though, the “Compose new tweet” button is not very noticeable, and the input box in the left sidebar mixes pretty much with the environment. From a programming angle, it appears like Twitter wants users to either aim at something from the navigation bar on the left-hand side or choose one of the more popular alternatives as these interface components. Users should never inquire what they should do next—the preferred action should be simple.

How do we edit our names on Facebook? In the right-top corner, press Settings for Account, find Name, and click Edit. How on LinkedIn do we do the same? Next to your name, you press the pencil. In the sense of an object we wish to manipulate, users can often expect to see interface components. It is true: we go into the microwave and flip on the gadget when we want popcorn. If the microwave told us to walk down the steps, open the basement, locate the electric body, and pull the G-35 switch to launch the popcorn program (like the name-change case of Facebook). Keep users handy — so we can alter, modify, or otherwise control something, only next door put these controls.

We may not see defaults, but they govern our world. Ensure the default value is as useful and realistic as possible — that some users are never going to change it.

There is a major distinction between anticipating and telling users directly to do something on their own. For starters, it didn’t expect users to know about using LinkedIn when it launched the Endorsements feature. The flags, which were seen right above the profile pages, have now been created quite noticeable in conjunction with the fact that people who acquired this feature want to offer their support.

It is basic logic — the stronger the feeling of trust that our interface expresses an action. Positive feedback is a wonderful software user interface design examples. We will get a simple notice for any action we take, like Learn more and Delete ties. It allows customers to feel in control and to focus on the commodity.

We all hate to fill lengthy and complex formats since they seem dull, daunting, and impossible to replicate. But if the form is separated into several stages and a progress bar is seen, problems become easier to work with. It is one of the laws of UX — people are more likely to perform ten little tasks than a massive one. Small activities don’t daunt and give us a feeling of satisfaction as we do them.

So, remember these 7 laws of UX and greate a successful user experience!