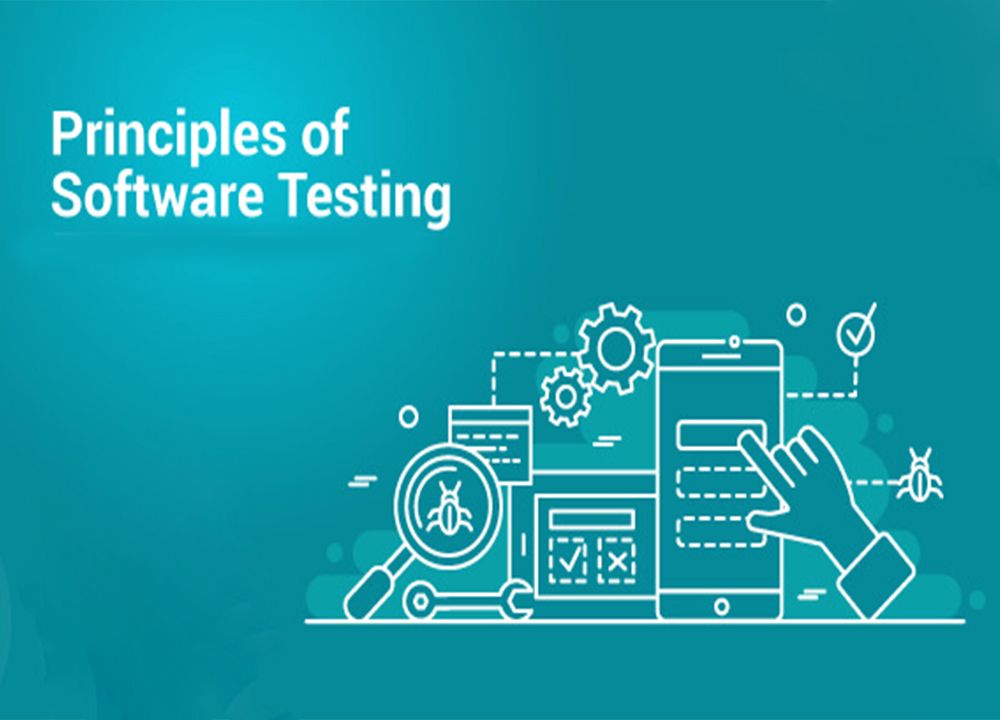 What Are The 7 Testing Principles In Software Testing?

Software testing is the process of administering a plan to find the error. For making sure our software is functioning well, it should be error-free. If testing is performed successfully, it is supposed to eliminate all the mistakes from the software.

It is a universally held assumption that victory comes by following a set of testing principles. We often see people set particular objectives and practice different rules for achieving them. A typical example these days is seen in people who are required to be healthy and fit. They consider that to attain their goal, and they must follow a set of defined rules. Some follow a strict diet, and some follow fitness management or a compound of both for achieving their goals.

Similarly, for software testers, there are a collection of 7 principles of testing. Finding a tester who is unaware of software testing principles is very rare, but at the same time, finding a person who truly appreciates their importance and how applying the seven principles of testing will benefit their projects is also limited. Software testing principles have existed for many years, but many people have no sense if they offer any support. Many people consider the list just theoretical information required only for passing certification exams for clearing any interview. Still, the truth is different as every testing project employs these principles.

Exhaustive testing is not possible

As exhaustive testing is not possible, we need an optimal amount of testing based on the application’s risk evaluation. But the million-dollar question is, how can we determine the risk?

To answer this question, let’s perform an exercise.

In our opinion, which operation should be most likely to cause our operating system to fail?

The majority of people have guessed opening ten different applications at the same time. So if we are testing our operating system, we may realize that defects are expected to be found in multitasking activities and are required to be tested, which brings us to our next principle that is defect clustering.

Defect clustering states that a small number of modules contain most of the detected defects. The Pareto principle application for software testing and approximately 80% of the problems are found in 20% of the module. By practice, we could identify such a risky module. But its strategy could generate problems. If the same tests are repeated repeatedly, eventually the same test cases will no longer be capable of finding new bugs.

Constant use of the same pesticides made for destroying insects during farming will lead the insects to develop resistance to the pesticide, resulting in insects becoming ineffective. The same concept is applied in software testing. If the same collection of repetitive tests is conducted, the system will become unavailing for discovering new defects.

To overcome these, test cases are required to be regularly reviewed and revised; adding new and different test cases will help a lot in finding more effects. Testers could not depend upon existing test techniques as they are required to look out more frequently for improving the existing methods for making testing more effective. But even after all this hard work in testing, we can never claim that our product is 100% bug-free

Testing shows the presence of defects

The testing principle indicates the appearance of bugs and doesn’t talk about the deficiency of defects. Software testing decreases the possibility of leaving imperfections undiscovered remaining in the software, but even if none of the flaws are found, it will not be considered proof of correctness.

But if you work extra hard by following all your precautions and making your software 99% bug-free and the software does not meet your client’s needs and necessities. It leads us to our next principle, which indicates the absence of error.

A software that is 99% bug-free could still be unusable. It could be the case that the regularity is examined entirely for the wrong requirement. Software testing does not merely detect defects, but it also checks that software addresses its business needs. The deficiency of error is a fallacy that sees and fixing defects will not benefit if the system builds unusably, and it is not fulfilling the customer’s needs and requirements. For solving this problem, the next principle of testing indicates early testing.

Testing should be commenced as early as possible in the life cycle of software testing principles and practices. Any defects in the requirements or design phase could be captured in the early stages. It is much more affordable to fix a fault in the early stages of testing. But how should initial testing start? It is suggested that we should start finding the bug at the time the requirements are defined.

Testing is context-dependent indicates that the way we test an eCommerce site will be distinct from the way we try a commercial off the counter application. All the developed software is not equal as we might use different approaches, methodologies, techniques, and testing types depending on the type of application. For instance, testing any POS system at a retail store will be more diverse than trying an ATM.

At a certain point in their career, every test learns the 7 principles of testing but extracts the most benefit and maximum outcome, a shift it is required to take place. So rather than discovering this knowledge to clear a certification, tested should view it as practical information that could be applied in their day-to-day work to receive the maximum benefit.

Software testing principles and practices are a significant step in the software development life cycle as it confirms that the software is working as per the requirements of the end-user. Testing recognizers as many defects as possible. For testing effectively and efficiently, we should remain knowledgeable and understand all the 7 principles of testing as they are being recognized as the pillar for testing. The majority of the testers have implemented and experienced these 7 software testing principles through actual testing.

Generally, the team principal is involved in the rules or laws that are required to be followed. Consequently, every person in the software testing industry is necessary to follow the seven principles. If a person ignores any of these principles, it may cost you’ve lost the project.