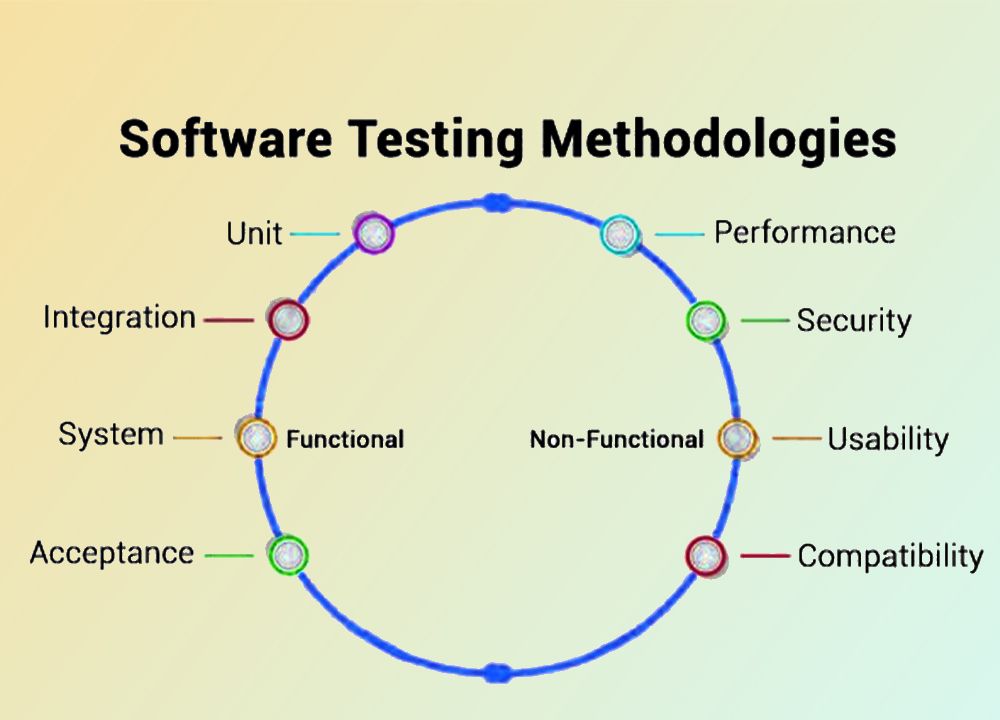 Software testing methodologies are numerous strategies or procedures used for testing an application to ensure it behaves and looks as expected. These incorporate everything from backend testing, including unit and system testing. This article is intended to highlight the importance of testing techniques utilized by professionals of quality assurance.

The main goal of employing numerous testing methodologies in our development procedure is to ensure our software could successfully operate in multiple environments across different platforms. It could typically be broken down between functional and non-functional testing. Functional testing comprises testing the application against business requirements.

It incorporates all test types designed to guarantee that part of a piece of software behaves as expected using the design team or business analysts’ use case. The testing methodology is usually conducted in order and includes the following:

Non-functional testing procedures consolidate all test types focus on operational aspects of a piece of software. These include:

The key to delivering high-quality software that could easily be adopted by our end users is building a strong testing framework that executes both functional and non-functional software test methodologies.

Unit testing is the very first level of testing and is often conducted by developers themselves. This procedure includes ensuring individual components of a piece of software at the code level is functional and worked as they were designed. Developers in a test-driven environment typically right and run the tests before the software feature being passed over to the test team. Unit testing could be conducted manually, but it will speed up delivery cycles and increase test coverage if we automate the process.

Unit testing will also make debugging easier because finding issues earlier indicates that they will require less time to fix than if they were discovered later in the testing process. Test left is one of the tools that allow advanced test and developers to shift left with the fastest test automation tool embedded in any IDE.

After completely testing the unit, they are integrated with other companies for building models designed to perform specific tasks or activities. These are then questioned as a group through integration testing to ensure that an application’s hole segments behave as expected. This test is frequently framed by user scenarios such as logging in the application for opening files. Integrated tests could also be conducted by developers or independent testers and usually comprise automated functional and manual tests.

System testing is a black-box testing technique that is used for evaluating the completed and integrated system. Its main aim is to ensure it meets specified requirements. The functionality of the software is tested from end-to-end. It is typically escorted by a separate testing team rather than the development team before the product launches into production.

Acceptance testing is one of the last phases of functional testing and is used to evaluate whether the final piece of software is ready for delivery. It incorporates ensuring that the product complies with all the original business criteria and needs the end-users needs. It requires the product to be tested both internally and externally, indicating that you will need to get it into your end-users’ hands for beta testing along with those of your QA team. Beta testing will be the key goal to obtain real feedback from potential customers and could address any final usability concerns.

Performance testing is a non-functional testing technique used for determining how an application will function under various conditions. The goal is to test its responsiveness and durability in real user situations. Performance testing could be broken into four types:

With the rise of cloud-based testing platforms and cyber attacks, there is a growing concern and requirement for data security to be used and stored in software testing methods. Security testing is also a non-functional software test methodologies used for determining if the data and information in the system are protected or not. The main goal is to purposefully detect loopholes and security breaches in the system that could result in approved accesses or loss of information by examining the application for vulnerabilities.

There are different types of the testing method, each of which aims at very fine six basic principles of security:

Usability testing is a testing technique that measures and applications is off used from the end-users perspective and is often conducted during the system or acceptance testing stages. The main goal is to determine whether or not applications visual design and aesthetics meet the intended workflow for various processes such as logging into an application. Usability testing is one of the possible ways for teams to review separate functions as a whole and intuitive to use.