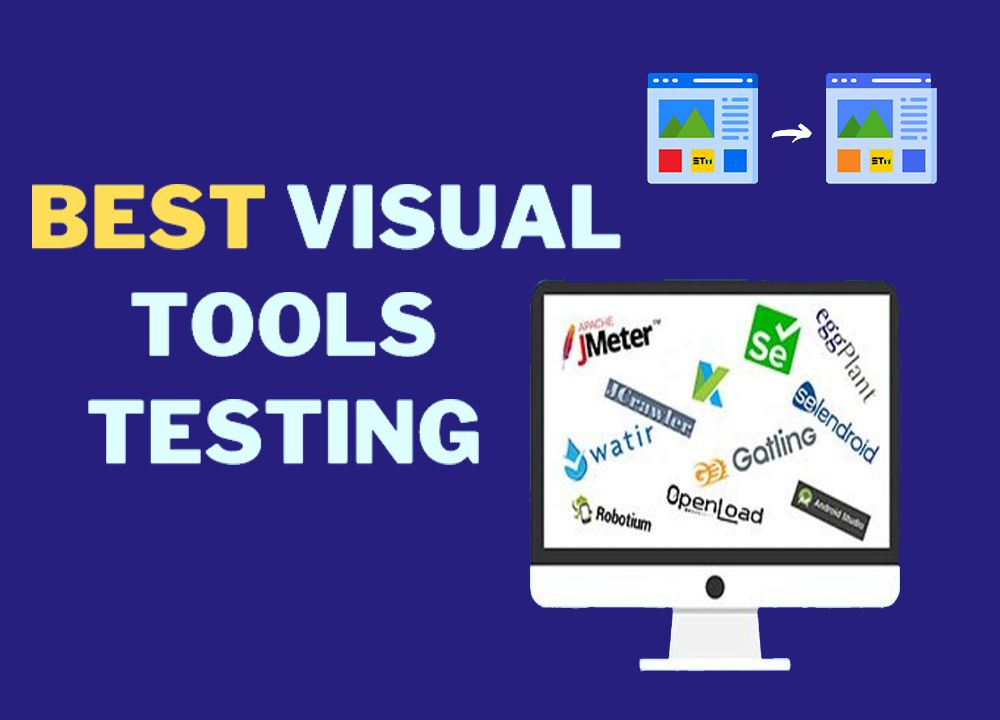 Automated Visual testing tools are specific applications used for detecting visual differences in an application's function by analyzing screenshots of the application captured at different points in time and comparing them with each other visually. The aim is to identify any change made in UI or UX as a font change, layout change, color scheme change, etc.

What are the techniques used in visual validation tools?

Techniques like pixel-by-pixel comparison and virtual differentiation are used by Visual Testing Tools. Performing it manually is very time-consuming and prone to errors, as dealing with a large modern website requires thousands of objects with complex rendering rules like CSS.

When to perform visual regression testing?

Automated visual testing Selenium is a method for evaluating the visual appearance of an application under test and comparing that output with a good screenshot to determine if the match is correct. This procedure evaluates visual quality parameters such as colour uniformity, size, alignment, and so on. Functional testing should be performed aside from visual testing to evaluate the visual quality aspect of an application under test that becomes troublesome for functional automation frameworks to capture their design and implementation to focus on functional aspects only. So a visual testing tool is required for finding bugs instead of functional testing tools. In this article, we will learn about some of the most popular Visual Testing Tools 2021 available on the market according to your needs.

A list of some of the best automated Visual Testing Tools

Below is a quick list of some of the top best automated visual testing tools:

The Scriptless automation visual testing solution present in Kobiton offers comprehensive mobile visual validation and Visual UX testing solutions. It is a mobile testing platform that provides the most comprehensive mobile visual validation solutions. The software is built for optimizing mobile UI and you x by searching for visual bugs. It captures both visual and functional issues that would have otherwise gone unnoticed.

It's an automated visual review tool for teams who want to conduct visual validation tests automatically. You may use it to create, build, and deploy software. Responsive visual testing, smart visual regression testing, and cross-browser testing are also supported.

The Lambda test is a sophisticated visual testing tool that allows teams to compare and contrast multiple picture layouts in order to identify discrepancies. Its smart image-to-image comparison technology enables you to find minimal visual bugs easily by simply uploading screenshots and running the test.

CrossBrowserTesting's visual testing shows that bugs don't slip to your customers. It offers automated screenshot features that make every mobile layout excellent. It is also empowering to perform real device testing for visual testing on the cloud platform. It fits right into your CI process with integration with tools like Jenkins, GitHub, and much more.

Chromatic helps in making UI components consistent. It uses pixel-perfect screenshots of real code, styling, and assets. Every commitment to the repository is automatically tested for visual changes in the cloud. It can also be integrated with GitHub, CircleCI, BitBucket, Travis, Jenkins, etc.

Teams may use the screener to evaluate the user interface on a variety of browsers, operating systems, and devices. It automatically detects visual regressions across your UI and spots inconsistencies. Both screenshots and DOM snapshots are compared to show changes.

Several automated Visual Testing Tools 2021 are available on the market. Choosing one should depend upon your needs, your budget, and what you need to accomplish with it. If you are looking for a tool that could be specially used for mobile testing teams, then Kobiton is the best option for you. If you are looking for a tool to handle desktop and web applications, Percy will be the best fit for you.