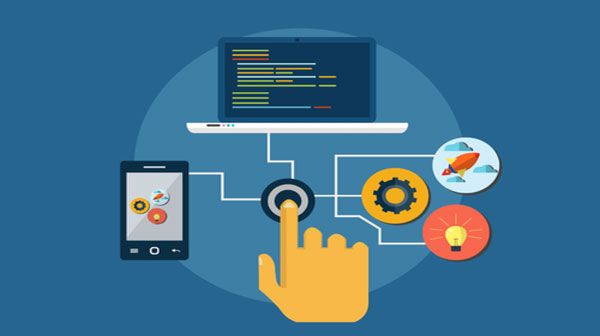 How To Perform Automatic UI Testing For Mobile Apps?

Testing is one of the most crucial aspects of the app development process, whether it is a web or mobile application. As the IT industry is leveraging test automation for making several complex activities faster and smoother, we can implement automated testing to reduce human errors and save a lot of time. This article will discuss how to set up automatic UI testing for the mobile web.

The need for automation of mobile app testing

In the last few years, the mobile app development industry has had the same drastic changes as each day passed by as hundreds of mobile apps were developed, be it for Android or iOS.

Mobile application automated testing is considered the most important part of software testing. It checks the overall functioning of a mobile application and eliminates the day-to-day effort by manual testers that saves a lot of time and cost for the organization. And the major part of automatic UI testing of mobile apps is performed by its UI as it is what customers use as an interface.

Let us see some of the most significant reasons why automated testing for mobile applications is required:

When should we go for mobile test automation?

Before choosing what parts of the mobile app we should automate first, we should define the test’s scope that we will automate. Considering the areas that will benefit from automation the most.

Various aspects are required to be verified while automatic UI testing on a mobile application:

We should test the application for all the screen resolutions.

How can we choose the right mobile automation testing framework?

Choosing the right mobile testing automation framework is the key to get the automated process right. Here are some of the popular open-source automated UI testing frameworks that are supported by a strong and active community:

Appium is an open-source automated UI testing framework that we can use with native, hybrid, and mobile web apps. It could also be used for creating a single test script for multiple platforms and doesn’t require access to our source code. The main problem with Appium is that it has insufficient support for gestures and needs a lot of time to be configured for Android and iOS.

This framework has made it easier to get started on the journey of test automation. Using Test Sigma, we can easily build test cases for our mobile apps as there is no requirement for setting up the test for structures. We can execute the tests on real mobile devices on the cloud. We can also quickly create our mobile automated test cases with natural language-based test step creation to prepare test steps by using simple English statements.

It is also an open-source mobile automation testing framework used for native and hybrid Android apps. It can run a black-box UI test for apps without the requirement of source codes with just “.apk.” It can also run grey box tests if the source code is available. It is one of the most widely used automated UI testing frameworks as it offers a simple API for writing UI automation scripts. The main drawback of Robotium is that it needs knowledge of Java, and its maintenance cost is high.

Espresso is a Google Android UI testing framework that developers use for writing automatic UI testing for mobile apps. It is very easy to learn, and people who understand the code could easily customize it as per their needs. It also provides rich debugging information during a failure and supports all API versions. The main drawback with espresso is the lack of documentation, small and inactive community. All the open-source test frameworks could have good control over test strips, but they are difficult to learn. A special test automation engineer may be required to work on these tools.

Undoubtedly, all mobile applications require automatic UI testing, but the level or depth of testing required depends largely on the application’s purpose or category. The application with better usability and proper UI/UX design Could have a larger impact on the end-user. Therefore usage and acceptance of these types of applications are very high.