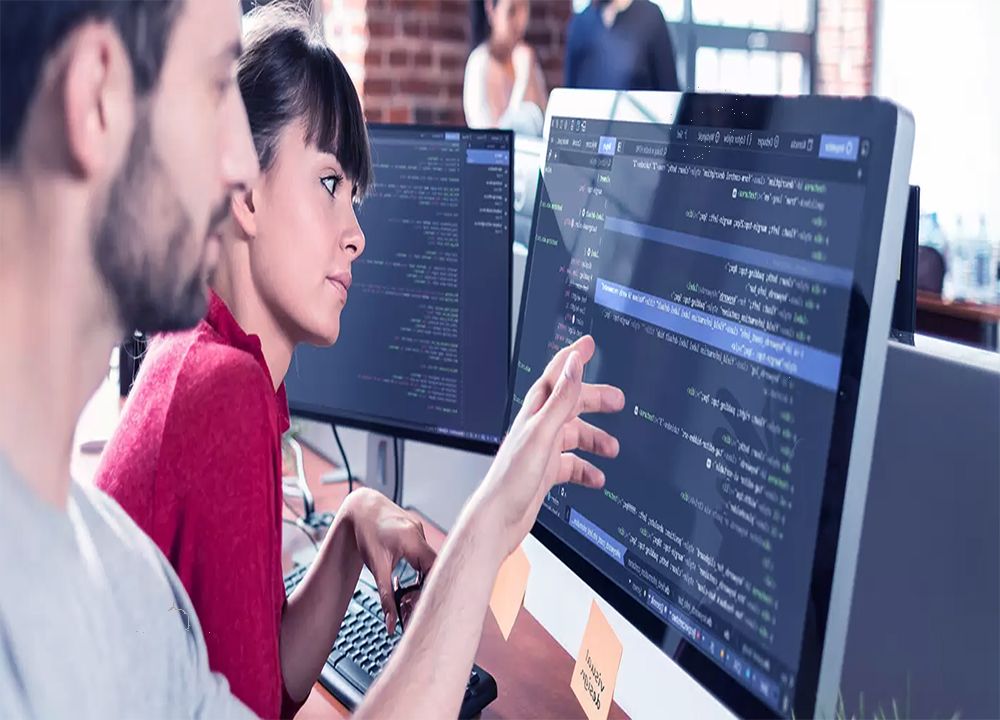 We’ve come a long way in the present programming environment based on the shell script and the command-line coding. The IDEs or the integrated development environment is carrying out most of the hard work. The first IDE is doubtfully developed for our business or the general public, but TurboC, 1991 for the C language, favors the most common view. Any current language, Java, JavaScript, or HTML, has indeed been created with IDEs.

Web development IDEs are versatile software with heavy-duty characteristics such as autocomplete, syntax search, debugger, recommendations, live webook views inside the IDE, etc. The list of capabilities that the best IDE for web development requires to have is not pre-defined. IDE’s are like a helper; the more functionality we have, the simpler it becomes to create the programmer’s code.

After signaling our preferences, the best web development IDE then writes the code itself. It saves time when typing and cuts the time if we forget about a tag and go ahead.b We’ll be illustrating high-level web creation IDEs with their special features and disadvantages, as well as downsides. As IDE collection is based entirely on the user’s wishes, we have to install and leave one.

What are the best IDE for web development?

Below are some of the  best IDE for web development:

Visual Studio Code is one of the best IDE for web development that is frequently chosen as the most widely used text editor by developers. The IDE for Visual Studio Code is available for Windows, Linux, and Mac operating systems. It’s considered the most commonly used Text Editor of the State of JS. Visual Studio Code was created by Microsoft and was voted StackOverflow’s most popular editor. VS Code is easy to use and enhances the coding process, with a large community and assistance.

Eclipse is the best web development IDE for free web creation that could build other forms of programming targets. Eclipse is one of the most popular options among each age group. We can use various language support and other functions on any of the default Eclipse packages available on Windows, Linux, and macOS. The Eclipse Marketplace facilitates practically infinite customization and expansion.

Brackets is a highly lightweight and quickly evolving web IDE, which is primarily a source code editor. It’s the only IDE that is specifically developed for web production firms. Brackets are completely open to use and have huge plugin support. This open-source app, developed by Adobe Systems, allows us to build code in all online programming languages like Perl, Ruby, Python, etc.

WebStorm is a very common website development environment that helps developers utilize the JavaScript IDE free ecosystem’s maximum control to build high-performance web applications. It enables us to experience clever code compilation, quick-light error detection, robust navigation, and common frameworks refactoring. JetBrains developed WebStorm, and since then, developers for its rich language support, great built-in functionality, and ease of use have been popular. WebStorm supports many Web programming languages and Backend languages and is available for Windows, Linux, and Mac OS.

XCode is a software creation platform rich in IDE other than the Mac operating system used for other purposes. XCode can be completely integrated with Cocoa and Cocoa Touch, allowing users to create the working system tools. On October 20, 2020, Apple Inc. recently released an improved stable IDE version, 12.1. The XCode-included Command Line Tools (CLT) facilitates UNIX creation via the Terminal app of macOS.

IntelliJ is one of the finest IDEs for creating websites, specifically developed for the Java programming language. IntelliJ supports plugin languages and web development languages like HTML, CSS, Ruby, Python, etc. IntelliJ is a powerful and optimized programming environment with built-in applications for assisting developers and provides enormous support for the community while you are stuck.

Sublime Text is a paying website development environment that is now very popular with developers. Sublime Text supports Python and C and all online programming languages easily combined with various tools. The Exquisite Text suits the publisher’s capability with an excellent plugin. It supports several programming languages as part of a cross-platform source code editor.

AWS Cloud9 is an AWS or Amazon-owned cloud-based Internet Creation IDE. AWS Cloud9 is operating only via AWS, and therefore cloud9 is not open to us if we are not an AWS user. Since AWS Cloud9 is a cloud-based editor, it is not usable on our device as a native program and needs an internet connection during the whole programming session. It also waives convergence issues because the IDE requires a browser to work.

NetBeans has the assistance of a variety of programming languages and is a free, optimized development environment. It has been used for all purposes since 1997. It has been used since then. NetBeans can be found in 28 languages, making it very common among countries not speaking English. In addition to web development languages, it can be used for C, C++, and JavaScript IDE free and is then worked on Windows, macOS, Linux, and Solaris. An additional benefit of using this IDE is that creating third-party apps can also be expanded based on NetBeans.

Compared to what we had on the list, Light Table is a reasonably new Web development IDE. Light Table is well-known for its persistent code management that helps us to passcode around flawlessly. It is fine concerning the existing coding criteria. For Windows, Linux, and macOS, Light Table is open. Light Table offers real-time input that facilitates timely deployment, deletion, and access to documents, among its various useful features.

PyCharm is one of the best IDE for web development by JetBrains. PyCharm operates with multiple languages, including the wording for web creation, but Python works best. If we want anything for free and build the back-end in Python, this IDE is an excellent option. The PyCharm IDE is available on Windows, Mac, and Linux. It’s a cross-platform IDE.

All these – best IDE for web development are provided with comprehensive functionality and with most of them free. These IDEs will help us work easily and boost our coding skills, whether we are software or web developer.