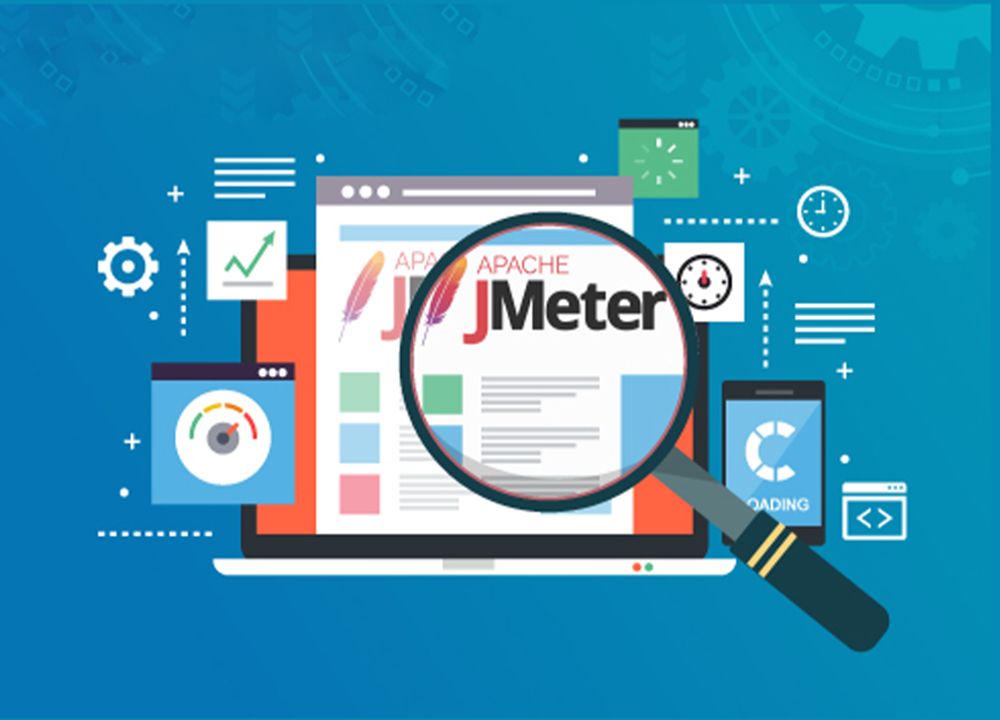 Apache JMeter is open source software, a 100% pure Java desktop application designed to load test functional behavior and measure websites’ performance. It was originally intended for load testing for web applications, but it has expanded its two other test functions.

Software one strand without any external connectivity and functionality testing was performed. There was a move to internet-based applications in the mid-late nineties, indicating that testing was done on browsers. After a couple of decades and mobile devices, wearables, tablets, and the internet of things have been reinvented the way applications are consumed. In today’s Era, the functionality lies within the backend testing of an application with its front and mainly e connected with how data is presented within the user experience.

Apache JMeter could be used for functional testing and performance testing on both dynamic and static resources. It can be used for stimulating a heavy load on the server network or object for testing its strength or analyzing overall performance under different blood types of stock; we can also use it for performing and functional tests on websites, databases, Web services, etc.

JMeter is not a browser, and as far as web services and remote services are concerned, JMeter looks like a browser. Nevertheless, functional testing with JMeter does not perform all the actions that are supported by browsers. In particular, JMeter cannot execute the JavaScript found in HTML pages not it does not render HTML pages as a browser does. There is a possibility to view the response as HTML, but the timings may not be included in any of the samples, and only one instance in one thread is ever considered at a time.

It is very simple to install JMeter. On the website, you will find a link for downloading stable versions. We also can use nightly builds but at our own risk. There is no guarantee that they will work properly, so try always starting with a stable version. Download the latest version and unpack the in a local folder before starting JMeter

It will be wise if we have a look at the configuration. And most of the scenes are required to be fine for the average user. The file is very well documented and easy to read. We need to pay attention to the additional charge if we use JDBC, JMS, or Java mail. Other amounts return not included in the JMeter installation. The user guide available on the website explains how we should use it and where to get it.

Starting JMetre is just a matter of double-clicking jmeter.bat in the bin folder.

There is extensive documentation available on the website in all kinds of ways. User manual, Wikis, and user experiences. The user manual describes how we can create positive test plans by following the step-by-step instructions, examples, bitmaps, and tips.

Additional information is also inscribed in the user manual, like best practices information about regular expressions and how we can use the variables and predefined functions. And last but not least, the component reference describes in detail how every component should be used.

The principle of Jmeter

It is very simple to understand the principle of Jmeter if they want to test, for example, a soap interface layer. All we require is the URL and the soap request. Starting with that, we can build our customized test plan, and this could be fancy as default. Using variables, counters, parameters, CSV files, loops, logs, etc. There are almost no limits in designing our tests and making them and maintainable as possible.

JMeter was designed to provide an open-source solution for load and performance testing. Nevertheless, it could also be utilized for performing personality tests on applications’ back end. For example, by using JMeter, we can test a part of our user registration functionality by backend testing our systems API and verifying that users are successfully created within our database. Instead of opening a browser and manually providing random data in the fields, we can generate an API call with different user names and passwords.

Restful API usually require to get for post method of http request and can generate properties files from post request or JSON files the presenting data that we want to move over. Functional testing could also be performed by using JMeter quite easily if using a dedicated http or HTTPS sample. Request sample could be created from the data inside the tested application and could be used as an external file for providing different parameters that we will like to test.

We can also use assertions for configuring functional testing in JMeter. Claim for identifying per reply was received from an API that will indicate whether the desired data was received or a process was failed. When testing successfully user registration reply will show whether or not the user ID was created.

We must verify the backend functionality and user experience. As the user experience cannot be tested with a meter, it is worth looking at solutions that offer front end testing tools like sauce labs and perfecto mobile:

Testing the full functionality of our app

Ideally speaking, our testing arsenal should be equipped with different tools to help us in our applications fully. Both open source complements each other and must be performed to cover all of our bases.

As an open-source tool developed for load testing, Functional testing with Jmetre is useful as it adapts to software frontend testing changes. Developers can use the same plugins and samples for generating loads to perform this functional test. This, along with integrating several frontend testing test tools, could truly provide an end-to-end environment that will ensure our applications’ functionality.