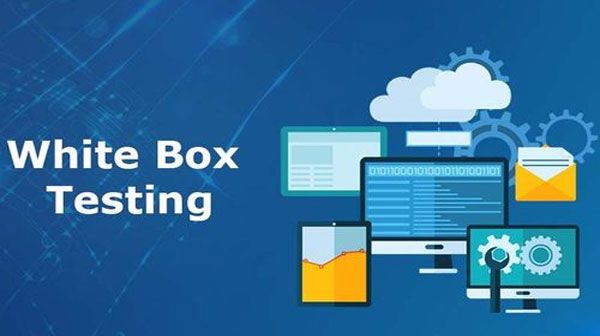 In white box testing the internal structure, design, and coding of software are tested for verifying the flow of input-output and improve the design, usability, and security, which is visible for testers and is also known as clear box testing, open box testing, transparent box testing, code-based testing, and glass box testing.

The term white box was used because of the see-through box concept. The clear box or white box name signifies the ability to see through the softwares outer shell into its inner workings. Likewise, the black box in black box testing means not seeing the software’s inner workings so that testers can test only the end-user experience.

What do we verify in white box testing?

The testing could be performed at system, integration, and unit levels of software development. One of the fundamental goals of white-box testing is verifying a working flow for an application. It also incorporates testing a series of predefined inputs against expected or wanted outputs. When particular information does not result in conventional production, we may have encountered a bug.

How do we perform white box testing?

The first thing that a tester will do is learning and understanding the source code of the application. Since white box testing involves testing an application’s inner workings, the test should be knowledgeable in the programming languages used in the applications to be tested. The testing person should be extremely conscious of secure coding practices. Security is frequently one of the primary objectives while testing software. That tester should also find security issues and prevent attacks from hackers and naive users who may insert spiteful code into the application both knowingly or unknowingly.

Considering the following piece of code:

Code coverage analysis is one of the major white box testing techniques. The code coverage analysis eliminates the gaps in a test suitcase. It recognizes areas of a program that are allotted by a set of test cases. Once the holes are identified, we should create test cases for verifying untested parts of the code by increasing the software product’s quality.

Below are some of the important white box testing techniques

Several testing types used for evaluating and applications usability, a block of code a specific software package is incorporated in white-box testing. They are listed below:

Unit testing: It is usually the first type of testing performed on an application. Unit testing is conducted on each unit or block of code as it is developed. The programmer essentially performs unit testing. As a software developer, we can create a few code lines, a single function or an object, and test for making sure that it works before continuing unit testing helps identify most bugs at early stages in the software development life cycle. Bugs identified at this stage as cheaper and easier to fix.

Testing for memory leaks: Memory leaks are the leading principles of slower running applications. A QA professional experienced at detecting memory leaks is necessary to have a slow running software application. Apart from the above, these are a few testing types that are a part of both BlackBox and white box testing.

Whitebox penetration testing: The tester or developer has full data of the application’s source code, detailed network information, IP addresses involved, and all server information that the application runs on in this testing.