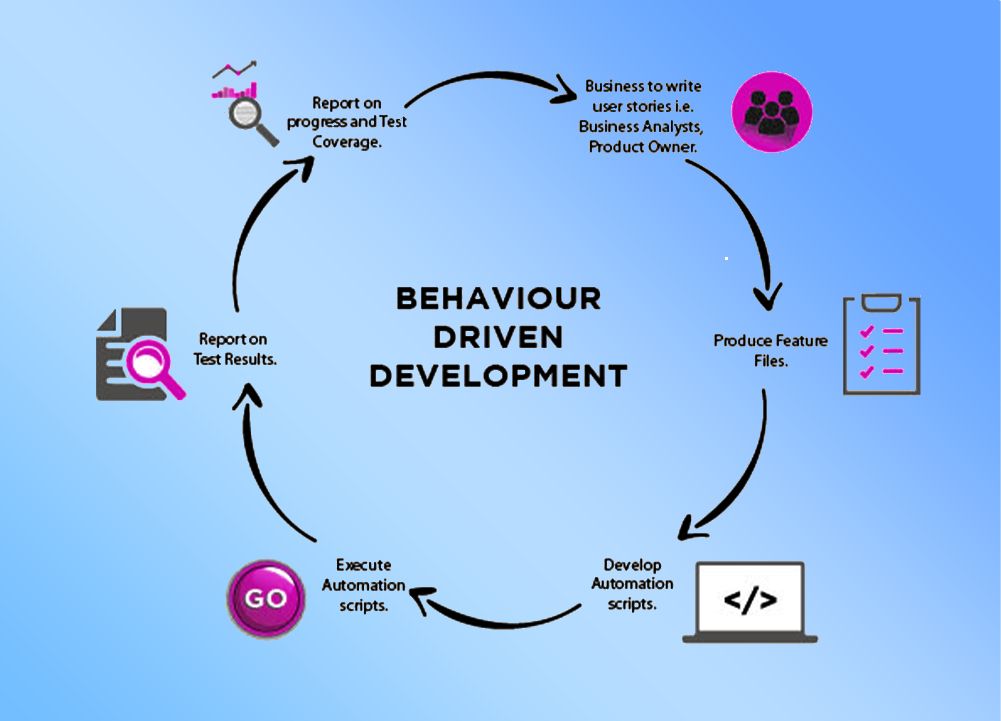 In recent years, testers have witnessed a revolution in terms of software development and testing. If you are a part of the software testing world, you must know that there is a constant attempt to improve time to market and, as a result, more companies are shifting away from the traditional waterfall approach towards agile, or agile approaches where testing is performed in all phases and by all members.

One of the concepts announced in recent years that seems to join technological tools and methods is BDD, or Behaviour Driven Development and the revolution of BDD Testing is proving to be a game-changer.

What is BDD testing?

BDD testing frameworks are the testing methodology that promotes cooperation between all parties involved in the project, whether they are technical or non-technical. In this methodology, automated test scripts are written in easy-to-understand language that people outside development and testing teams understand. BDD testing is a work method that uses outside characters as in words, meaning that test cases are driven by system business features and describe actual actions expected by users. Tests are usually dependent upon the revolution of BDD testing concept while describing a starting point scenario.

The sequence of test cases that define the behavior of the system from end to end makes them living documents of the system requirements. This idea is the development of another method called TDD (Test Driven Development). In TDD, automation tests are written before the actual use of parameters to direct the developer to write the code correctly. The difference in both methods is that BDD focuses upon desired behavior development and provides less space for interpretation. BDD testing isn't meant to replace TDD; instead, it serves as a complementary method.

By implementing the revolution of BDD testing in the methods, the quality of written code can be improved, and the time spent on writing and maintaining testing can also be reduced.

Why did Behavior Driven Development originate?

Since test automation started, it has developed remarkably with new concepts, framework design, and tools. The primary causes for the evolution of automation frameworks are their low usability, rigidity, and high maintenance costs. One disadvantage of adopting BDD frameworks is that non-technical users such as business analysts and management personnel find it difficult to comprehend and understand test cases.

But behavior-driven development can handle it. It has helped to fill the communication gap by writing test cases in natural languages. It is a new agile software development approach that concentrates on communication and encourages collaboration between developers, QA, and business participants. Test scenarios are written to create a clear understanding of desired behavior and it happens to buy discussion with the stakeholders.

The advantages of behavior-driven development

Here are some advantages of behavior-driven development:

Collaboration: Builds closer relations among business analysis, QA, and development teams through behavior clarification reviews. It is also helpful in communicating requirements effectively. Verified by business analysts and testers to make sure of the acceptance criteria.

Easy review and feedback: By writing test cases in a human-readable natural language, no development skills are required. Business analysts participate actively in the process of creating automated test cases, reading them, and giving feedback to improve them.

Right focus: The revolution of BDD testing focuses on requirements and business points of view, instead of focusing too much on testing the technical implementation.

Greater ROI: The behavior of the software is observed to last longer than the implementation. As a result, behavior-driven tests are easier to alter, resulting in a higher return on investment. Furthermore, the BDD tools are open source, lowering the cost even more.

Maintenance is cost-effective: Because of the ‘step reusability' feature of BDT, code redundancy may be reduced. As a result, these tests are less expensive to maintain.

How is behavior-driven development implemented?

There are many open-source frameworks available in different programming languages that support different platforms. The revolution of BDD testing layer is built on top of a bespoke framework, so it's just a matter of layer by layer. The behavior-driven tests are written in normal language and follow a given-when-then format. Of course, these procedures must be carried out in the programming language of one's choosing.

The process of Behavior Driven Development is outlined below:

How does BDD affect your testing strategy?

Behavior-driven development is a method that produces automated tests as a byproduct. So BDD testing isn't a true testing strategy, but it is a way to define and verify that requirements are complete. It informs you of all you need to know about the implications for your testing approach. Since BDD is a software testing strategy, you still need exploratory testing, regression testing, smoke testing, load testing, and performance testing.

BDD doesn't provide the QA team any additional work or tasks to accomplish. Instead, it engages earlier in the process and offers them a significant voice in conversations about "how should this behave" and "how do we know when it's done?" The revolution of BDD testing fits into your testing approach by requiring all stakeholders to agree on exactly what to test.

This was all about the revolution of BDD testing. This assessment demonstrated that BDD may be modified and utilized in the software industry to assist integration into large-scale software projects. However, implementing BDD testing tools is not a quick process. The human-readable language must be converted into code, and developers are required where code exists. Typically, the test library is created and maintained by developers or technical testers. The BDD testing framework comes into play to assist in rescuing the day in this situation. Functional test solutions that interact with the BDD testing tools might help you define features as you move to the BDD testing tutorial.