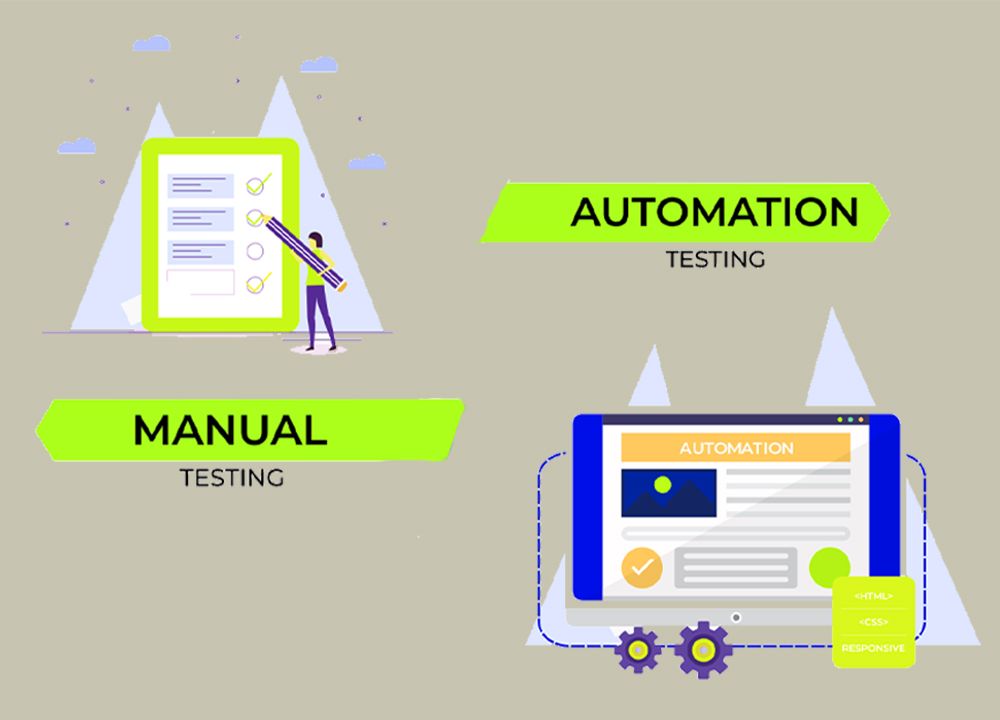 Manual And Automated Testing: Differences You Should Know

Automation testing has always been the buzzword of the world of testing. It has helped companies in taking new features to market faster by ensuring a bug-free user experience. Automation has improved developers’ and testers’ productivity by ensuring a massive increase in test coverage for keeping up with the proliferation of different devices, browsers, and operating systems. Nevertheless, manual testing has retained its special place.

Manual and Automated Testing is an enormous landscape consisting of different categories like black-box testing, white box testing, system testing, system integration testing, performance testing, and load testing. Automation is performed better with some of these testing categories, while others get profitable results with manual testing.

What is manual testing?

Using the conventional method of manual testing, testers manually lookout for errors in software by following a written test plan consisting of a set of various test cases. It needs the best to step into the shoes of a user and interpret the behaviour of the website on a mobile app whether its functionality is in sync or delivers a different and often erroneous behaviour as expected.

Testers are expected to point out flaws and deviations from the expected behaviour and report them as defects to the developers. Developers should replicate the same bug and then fix all these bugs. All this is required to be done when there was pressure from multiple teams for pushing the production change right away.

When to use manual testing?

Manual testing should be used when cognitive and behavioural skills are required for testing the software.

It usually works well for testing-

To obtain the best results in manual Testing, the tester requires an eye for detail and a proactive approach. Manual testing could deliver high performance when the test will present a multidimensional approach and has a better sense of perception for technical and business use case characters of the website and application.

The areas where it involves testing functionalities and business usabilities like exploratory testing, usability testing, and ad-hoc testing are best suited. Developers should use manual Testing for replicating and fixing bugs reported by the QA tester. More project managers and designers use manual Testing for testing small changes made to the websites or applications.

The evolution from manual to automation testing

As the markets depend on technology groups, additional features are required by companies to be shipped faster, keep pace with different user needs, and stay ahead of the competition. Instantaneous development and confirmation of agile methodologies shifted from being nice to have to must-have.

As a part of agile methodologies, faster development cycles have been introduced to implement new features within a sprint that lasted a few weeks. Nevertheless, keeping the development cycle, shorter testers reduced the time dedicated to software testing. As a result, more bugs and a bad experience for users or less popular devices from a long tail.

According to a survey in 2015 by Statista on manual and automated testing, developers worldwide declare that in 32% of software project failures, the main reason was the inadequate time allotted for testing. While manual testing works very well in areas where fast results and analysis are required, it is not fruitful to test areas that require repeated iteration and performance. It can’t match up when the scale is used as a huge amount of time is consumed, and it could end up causing unnecessary delays in a fast-moving technology space.

Here, Automation Testing comes into the picture as the ability for running iterative, parallel tests on multiple devices, browser versions, and operating systems in one go with error logs and reports automatically generated could easily be the distinction between a market leader and a weak competitor. Keeping in mind the requirement for maximum device coverage, the short time frame of these prints, and the requirement for keeping the costs low, automation Selenium testing on the cloud could seem to be one of the best options.

What is automation testing?

Automation testing Utilizes frameworks for running tests. Each framework is connected with the rules of automation about the software to be tested. This framework is combined with different components like:

It is essential to select the right Automation Testing framework as the testing process could be optimized by delivering high performance buy low maintenance costs. Depending on the specifications of the market, the architecture can be linear, hierarchical, data-based, key-driven, hybrid, or agile. The automation framework implements the expected infrastructure that the Automation Testing tool could use for performing testing.

When to use automation testing?

Key advantages of Automation Testing over manual testing are:

Automation testing is majorly preferred when the scale of testing is large. The development cycle is shorter, and one needs to execute code that has a higher frequency of iterations repeatedly.

Why only Automation Testing isn’t enough, and manual is still required at places?

Although it presents a higher accuracy for algorithm-based test cases, Automation Testing doesn’t stand up to expectations for testing usability, functionality, aesthetics, UX, or behaviour.

Automation, no matter how smart it is, lacks cognitive abilities and cannot depend on human-like intelligence when it comes to decision making. It is the point where manual testing stands strong and Beats automation.

For an efficient engineering team building websites and apps, discovering the balance between Manual and Automated Testing is crucial. Manual or automation testing ensures the fast deployment of a bug-free website and application by controlling the costs.

It is essential for mapping out what type of testing will be performed by manual testing and what parts would be done by automation testing. After that, capacity planning for manual testing is mainly for several users, and automation testing requirements, i.e., the number of users and parallel, should be chalked out. Accordingly, the tester could create the right solution that optimizes coverage, speed, and costs.