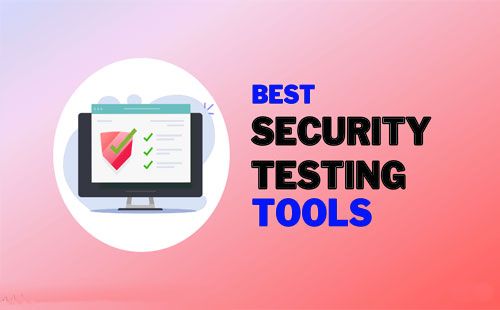 Security testing of any system focuses on finding all possible system breaches and weaknesses, which can result in loss of information or reputation of the organization.

The requirement of Security Testing Tools

Failures in the security of an organization’s information systems can lead to problems like:

Due to the lack of proper security testing, many companies have faced a huge loss. So, here are some examples of data leakage in recent years that ended up bringing loss to these companies and impacting their users.

Five Russian hackers and one Ukrainian overran the US stock market. The gang embezzled more than $160 million from credit and debit cards from almost 800,000 separate accounts. The attack, that was carried out by hacking servers used by Nasdaq, hit banks, store chains, and payment companies. Also, the hackers’ action illustrates a bit of the articulation on internet security since the attack lasted a few years — between 2005 and 2012!

A company in 2013 was hacked and the data of more than 38 million users were leaked. Among them were logins, passwords, and even credit cards in some cases. Fortunately, that company had encrypted information.

In 2011, the online network was out of service for more than 40 days after an attack on PS Network servers affecting almost 77 million users. Some speculations were made that even information such as logins, passwords and even credit card numbers were exposed.

To apologize to the players, Sony presented them with movies, games, and other items —but apparently couldn’t calm their spirits at that time.

What is the purpose of security testing?

Following are the reasons why security testing is very important for an organization:

How do security tests fit into the organization?

The objectives of the security test are based on security risks. Safety risk assessment helps in identifying these risks. They are usually calculated based on:

These factors help in identifying which areas are really affected and what is the impact of each risk. For testers, evaluation is very important because it helps in the planning of test cases and prioritizing them. So, the risk assessment ends up strengthening the alignment of the tests with the company’s safety objectives.

It is important to keep in mind that these assessments must be carried out constantly because security risks continually change within an organization as new threats arise daily.

How to perform Security Testing?

Testing-This means finding a software bug/error/defect without fixing it. Professionals with a background in quality assurance are usually interested in finding bugs. In the testing process, testing is done. Debugging requires the detection, isolation, and fixation of problems/bugs.

Following are the types of Safety tests that companies need to perform:

An organization’s sensitive assets have to be protected and made accessible to only authorized people.

Encryption is a process of encoding data or plain text into cyclic data or encrypted text, where only authorized people to have the right to access using a decryption mechanism.

A firewall is a component or a set of components that restricts access to a protected network and the Internet or among other sets of networks.

An Intrusion Detection System (IDS) is a system (standalone device or application) that monitors activities at different levels (from network to application, 7 layers of the OSI model) to detect security policy violations.

It is an anti-malware application and software that is used to analyze, detect and remove malicious codes from different sources with different detection targets.

Data masking is a mechanism for making data and source code incomprehensible to a human being.

Humans are often the weakest link in the overall safety framework. Therefore, consistent and ongoing training is required to remind them of the importance of the established security policies and to emphasize why policies are needed.

It is noteworthy that security testing does not guarantee to prevent all types of system attacks, but it works to identify risks and assess the quality of existing defences. Like the entire software testing process, it is important to define the security needs and the requirements expressed in modelling and implemented in code. Security testing is a way to measure the security of an application and it is very important in software engineering to protect data by all means.